Cardano Price On The Verge Of Flashing Buy Signal

Following the aforementioned crash, the Cardano price had two straight bullish sessions and is currently priced around $1.53. This relative strength index (RSI) is hovering around the neutral zone, which tells us that further growth is expected. ADA has already flashed a buy signal in the form of a red-nine candlestick.

Looking at the IOMAP, we can see that the Cardano price faces strong resistance at around $1.60, which sees a confluence of the 20-day and 50-day SMAs. Previously, at this level, almost 110,000 addresses had purchased over 1.85 billion ADA tokens. 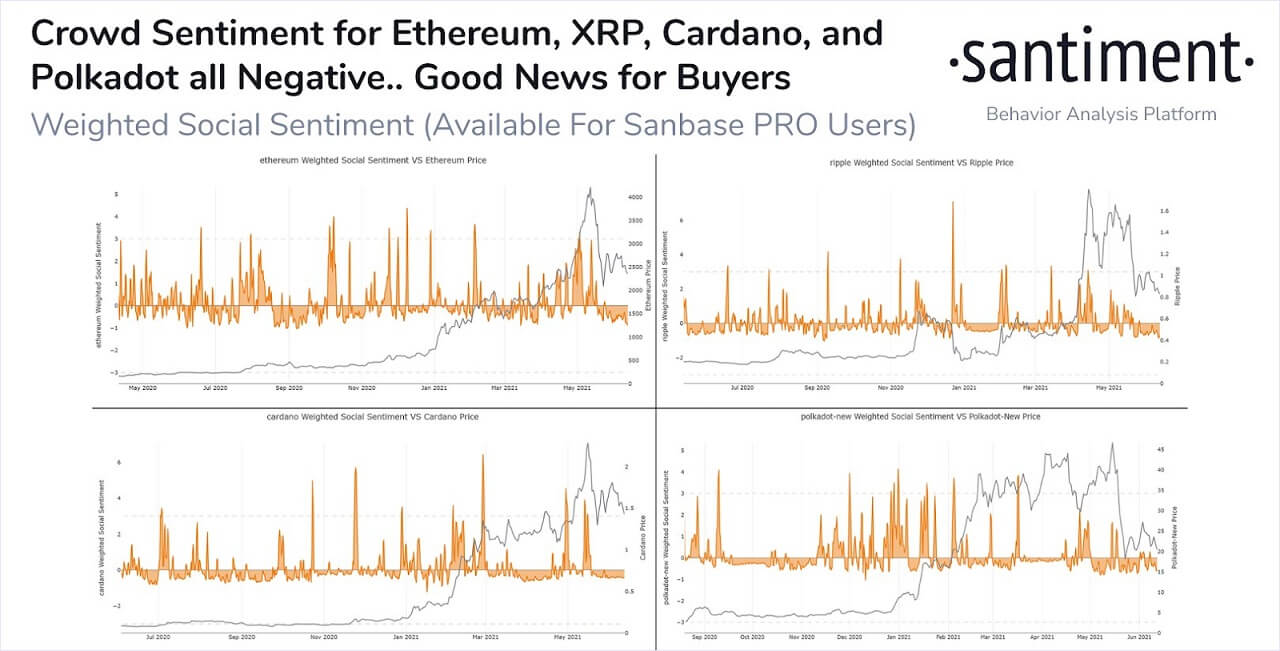 "With the #altcoin downturn continuing, sentiment toward top caps like $ETH, $XRP, $ADA, & $DOT have all turned negative. Historically, crowd fear is the time to scoop up more assets. In our weekly report, we touch on this, on-chain activities, and more."

In its blog post, EMURGO, which has developed Yoroi wallet for Cardano, outlined how energy-hungry Bitcoin’s PoW algorithm is

“As the Bitcoin price climbs, more people enter the mining race to profit from it. Now, as the number of miners rises, the network needs a way to balance the influx and make sure conditions remain stable. To do it, Bitcoin’s PoW algorithm has something called the mining difficulty. As it becomes more difficult, miners have to complete more difficult calculations to get their Bitcoin rewards…

It then went on to list the main two advantages of PoS consensus over PoW consensus. First, the hardware requirements to become a validator in PoS "are far cheaper than becoming a miner in PoW." Second, the modest hardware requirements in PoS consume 1,900 kWh annually. "A far cry from the demanding electric consumption required by PoW mining farms," it noted.

EMURGO argued that PoS is “more sustainable because the hardware investment is much lower, and the electricity consumption is considerably lower than PoW.

It further noted that “a full PoS blockchain can be completely secured using 1/10 or even less of the electric power a PoW equivalent.”

If the Cardano price manages to break above the $1.60 resistance barrier, ADA will reach the $1.70 line.