This Sunday, the Cardano price flashed a buy signal in the form of a red-nine candlestick in the TD sequential detector. This prompted the buyers to take control this Monday and shoot ADA up to $1.21. In the process, it managed to reverse the 50-day SMA from resistance to support.

Cardano price faces an immediate resistance barrier at the 20-day SMA ($1.26). Previously , at this level, over 116,000 addresses had purchased around 2.5 billion ADA tokens.

Crypto payment processor NOWPayments recently announced that it has integrated support for Cardano. Essentially, this means that their plugins for various e-commerce solutions, such as Shopify and WooCommerce, now support $ADA payments. 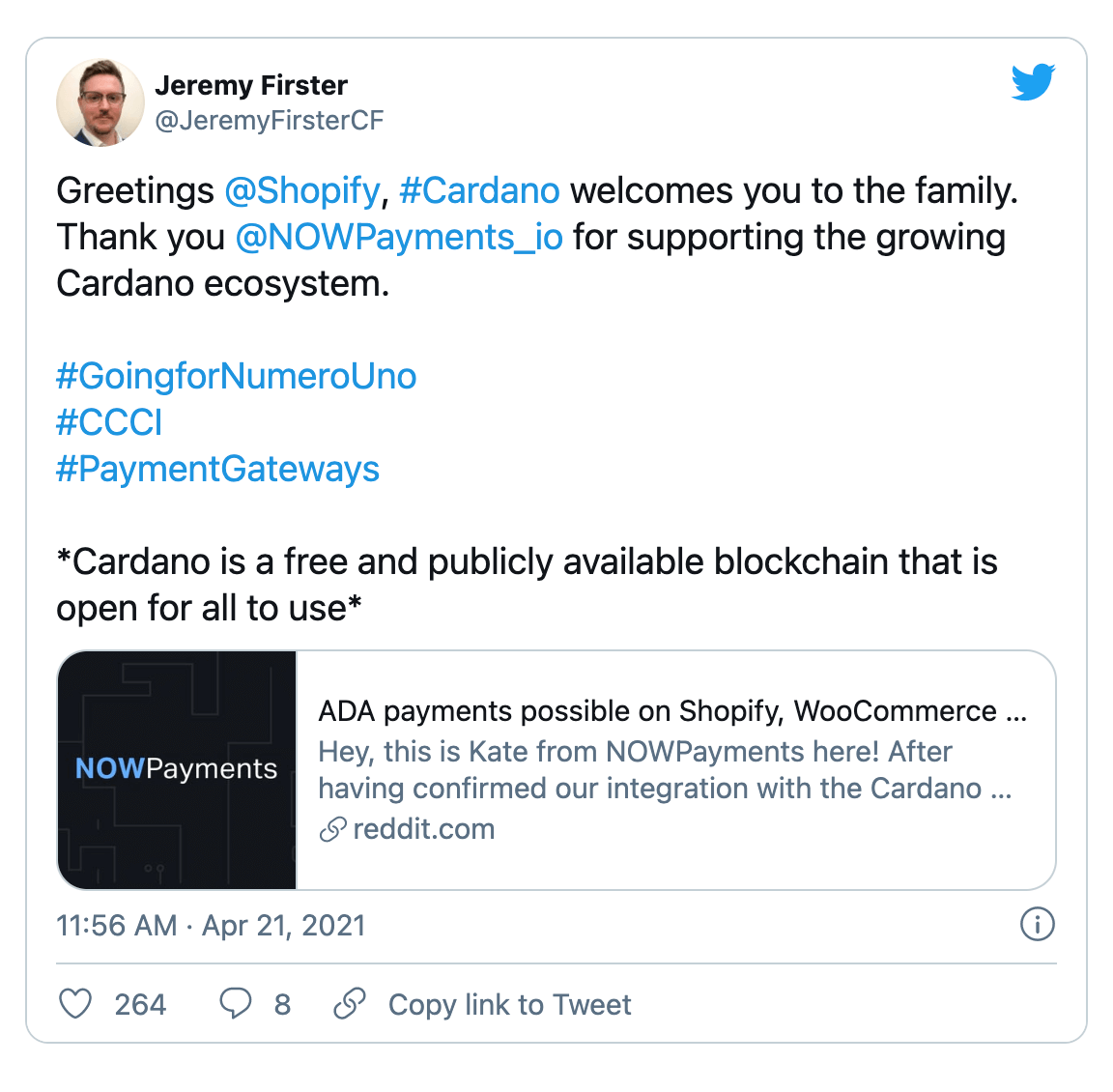 One of the first online merchants to announce that they now accept $ADA payments was CryptoSupreme, which sells Cardano-themed merchandise. 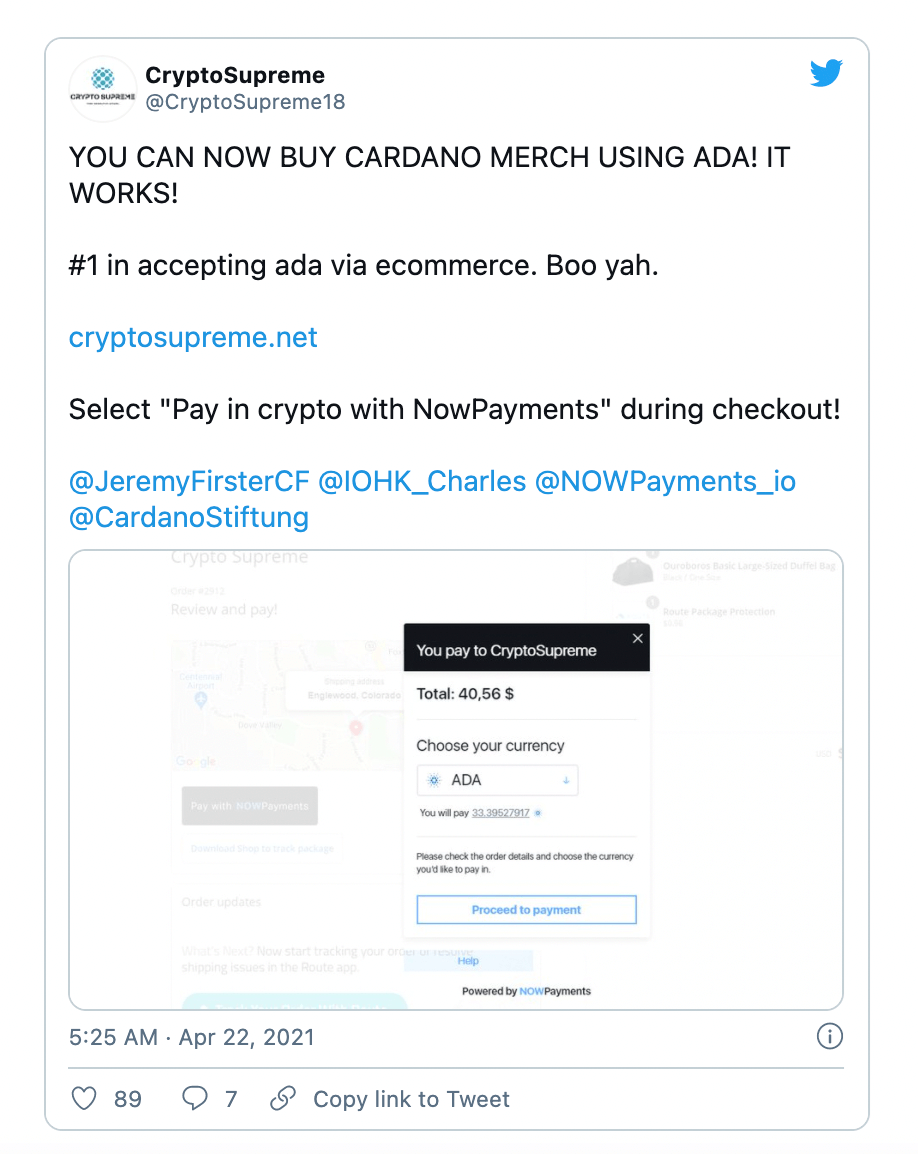 Another online merchant that announced that it was using one of the plugins from NOWPayments to support $ADA payments was Overland The Americas.

Cardan Price Is Expected To Reach These Levels

The Cardano price needs to flip the 20-day SMA and climb up to the $1.36 resistance wall.