Cardano price has had a hattrick of bullish days during which it jumped from $1.30 to $1.70 – gaining $0.40 in its overall valuation. Prior to that, ADA had crashed from $2.30 to $1.30, during which it managed to flip the 20-day and 50-day SMAs from support to resistance. Let’s take a closer look with technical analysis.

Over the last three days, the Cardano price managed to reverse the 50-day SMA from resistance to support and is stuck under the 20-day SMA. However, the overall market momentum is bearish, as per the MACD. So it doesn’t seem likely that ADA will break above this level any time soon.

Looking at the IOMAP, we can see that along with the 20-day SMA, the Cardanp price also faces another obstacle at $1.95. Previously, at this level, over 24,000 addresses had purchased almost 247 million ADA tokes.

The Cardano network recently hit a new milestone, as one million wallets have now been created on it. The team took to Twitter to share the news. They also noted that over 70% of all the ADA tokens in circulation (worth nearly $34 billion) are staked across the world in around 2,500 active pools. 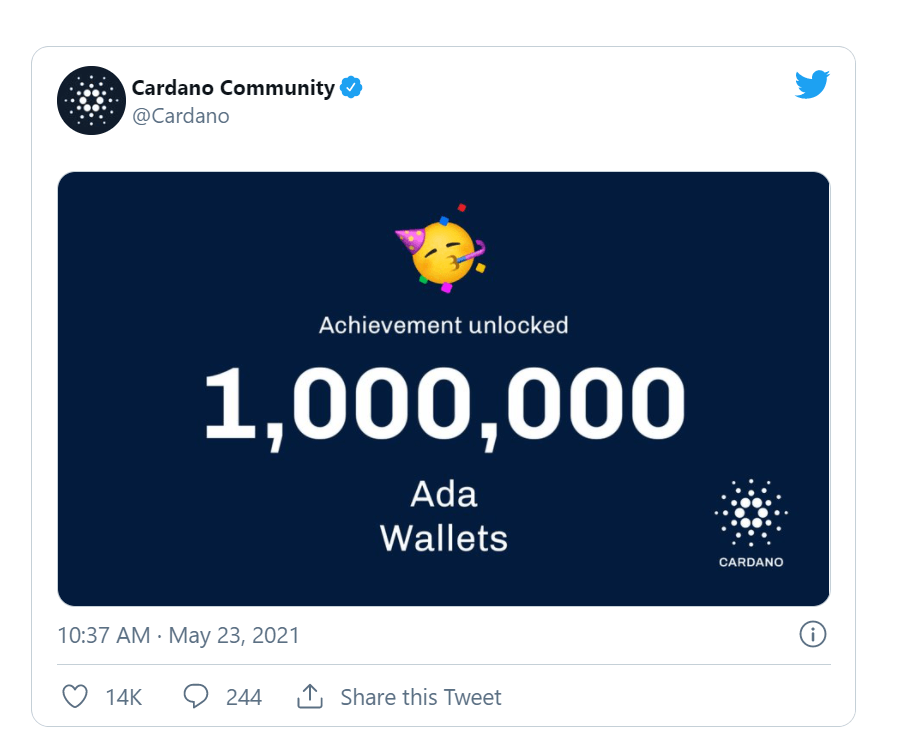 Cardano mentioned that $500 million worth of ADA is delegated to charity-focused initiatives on the Cardano network, meaning that the rewards generated by these tokens are donated to over 100 charitable organizations across the globe.

Cardano enthusiast Pieter Nierop revealed that thousands of new ADA wallets are being created daily. He noted that this holds even on days when the crypto sees a price drop. 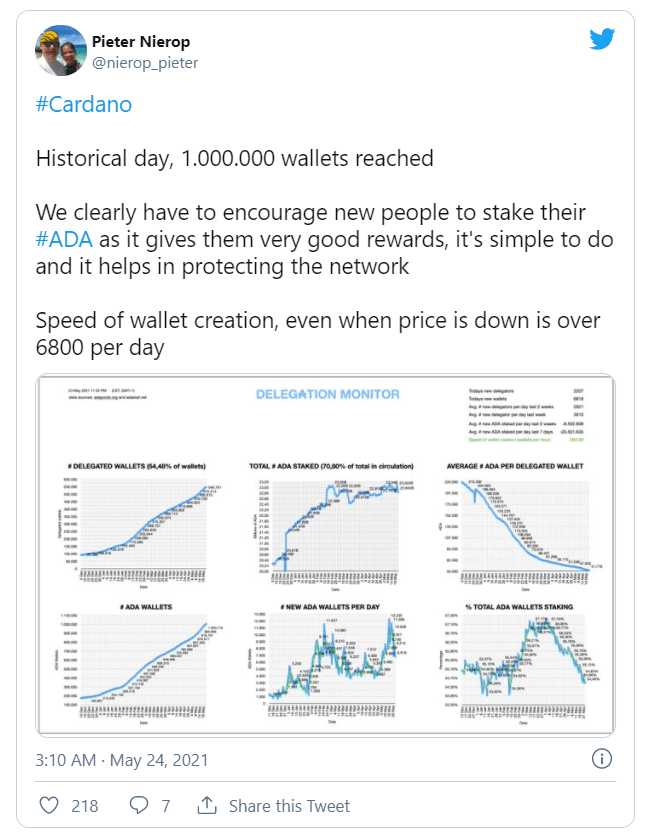 The firm also announced it would launch a converter allowing investors to swap ERC-20 tokens from the Ethereum blockchain to equivalent Cardano-based tokens. This would help them interact with protocols on the Cardano network.

The buyers need to make sure that the Cardano price breaks above the 20-day SMA and reach the $1.95 resistance barrier.