Now, let’s look at Into The Block’s IOMAP, we can see that the Chainlink price faces immediate support at the $29 line. Previously, at this level, nearly 11,200 addresses had purchased almost 30 million LINK tokens.

Chainlink Inflows Are Higher Than Before 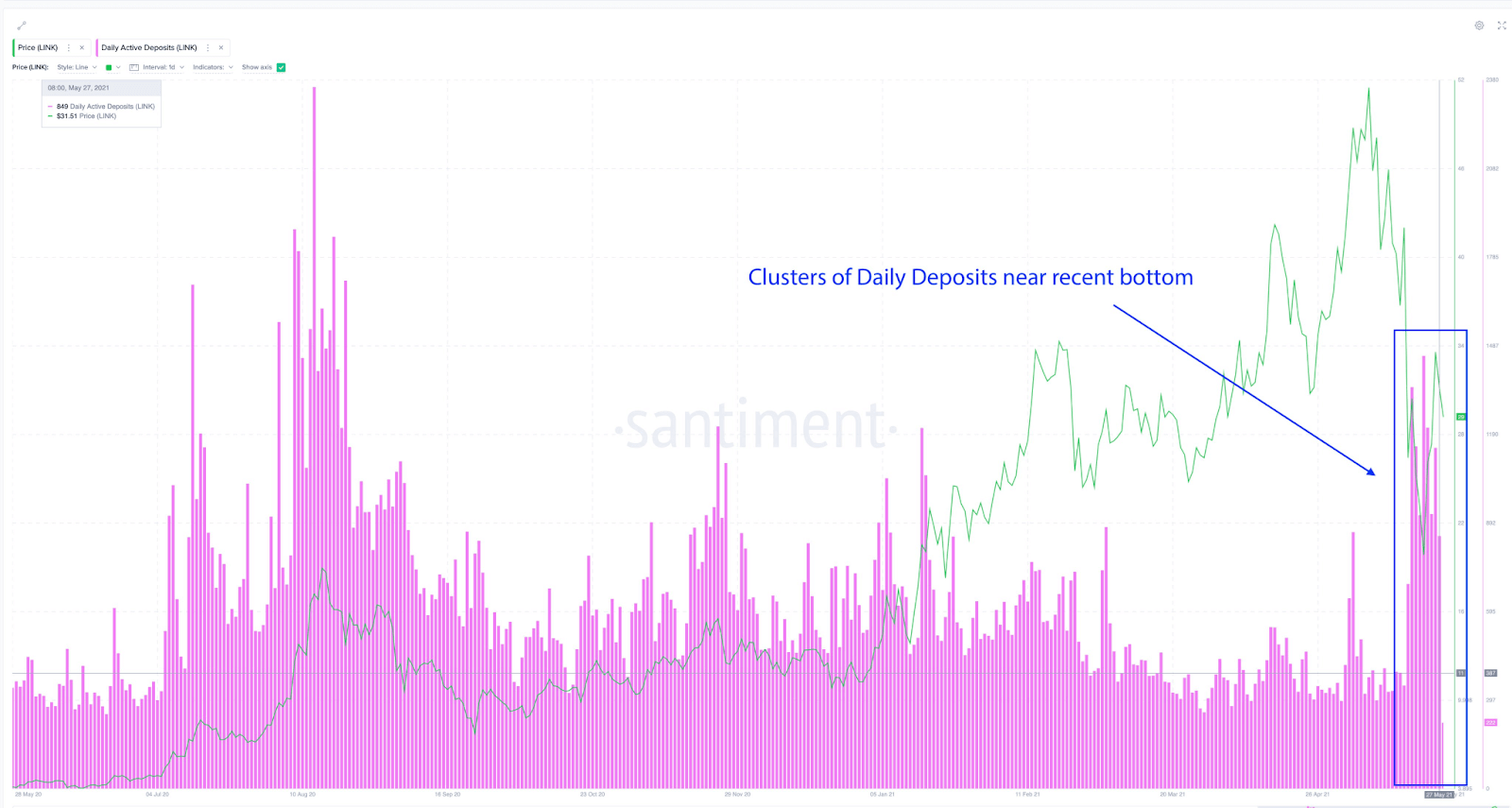 "Chainlink is close to a key resistance level as we speak, and daily active deposits and exchange inflows are high. $LINK trader returns are at their lowest levels since Sep, 2020, which usually indicates a good buy spot" 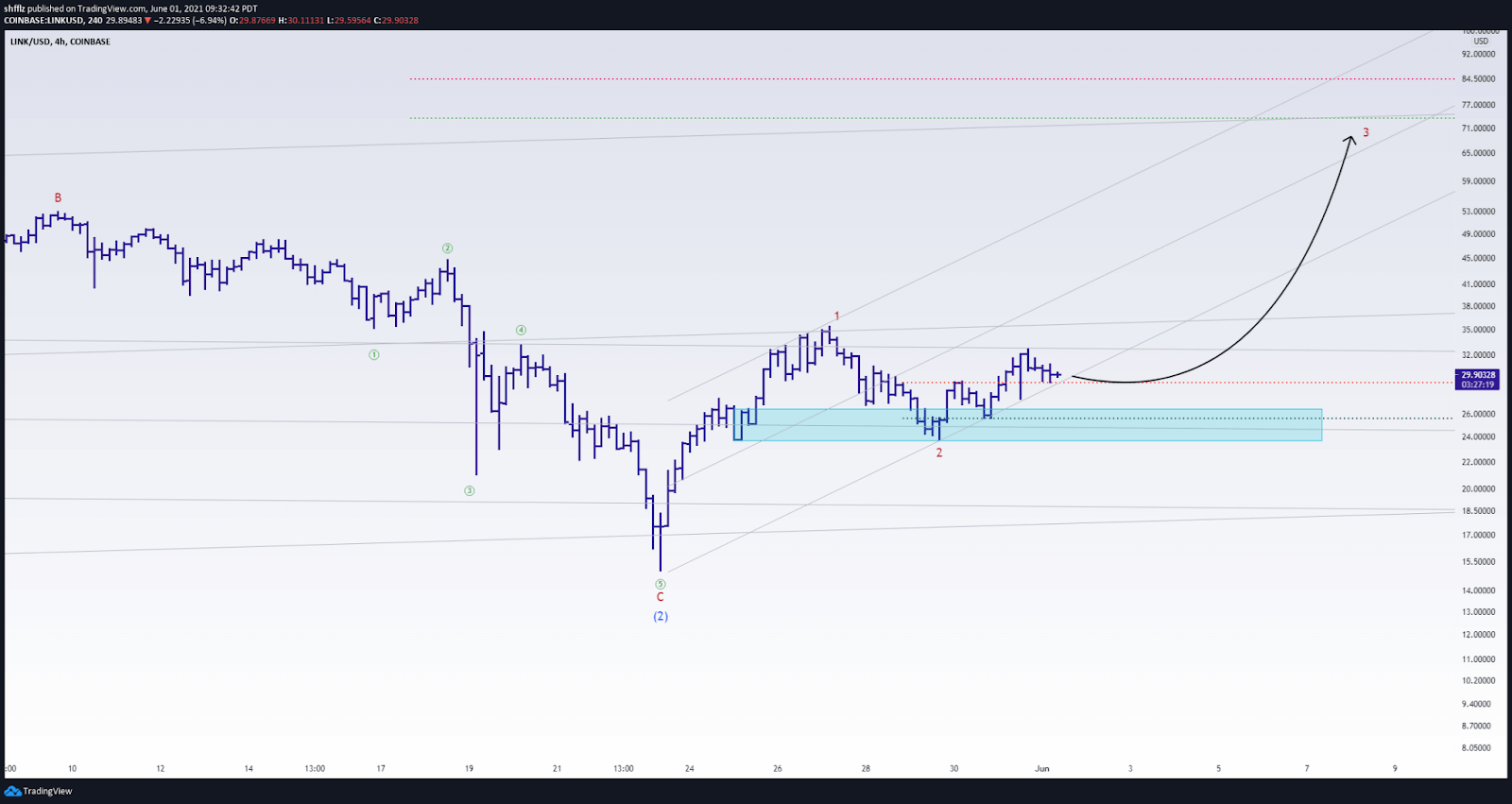 “Slow chop upward so far but still looks good. Would like to see this developing channel support hold though.”

The $29 support needs to hold strong to prevent a further drop in further valuation. However, the upside for Chainlink price is capped by the 20-day SMA.