Between March 25 and April 2, the Chainlink price climbed $24.75 to $32.30 as the buyers took complete control of the market. However, LINK then faced a slight correction after flashing the sell signal in the form of a green-nine candlestick in the TD sequential detector. During this correction, LINK dropped to $29.15.

During the drop, Chainlink dropped to the 50-day SMA, wherein it found support at the 50-day SMA and then recovered to $30.50. As of now, it faces a moderate resistance at $31.50. The MACD shows that the current market momentum is positive so a further growth is expected.

$31.50 is the most formidable resistance level up top, as per the IOMAP. Previously, at this level, 12,600 addresses had purchased 10.40 LINK tokens

$10% of Chainlink supply removed from Coinbase

A Twitter account going by “Swaptpshi” noted that around 4 million Chainlink tokens have been removed from Coinbase. 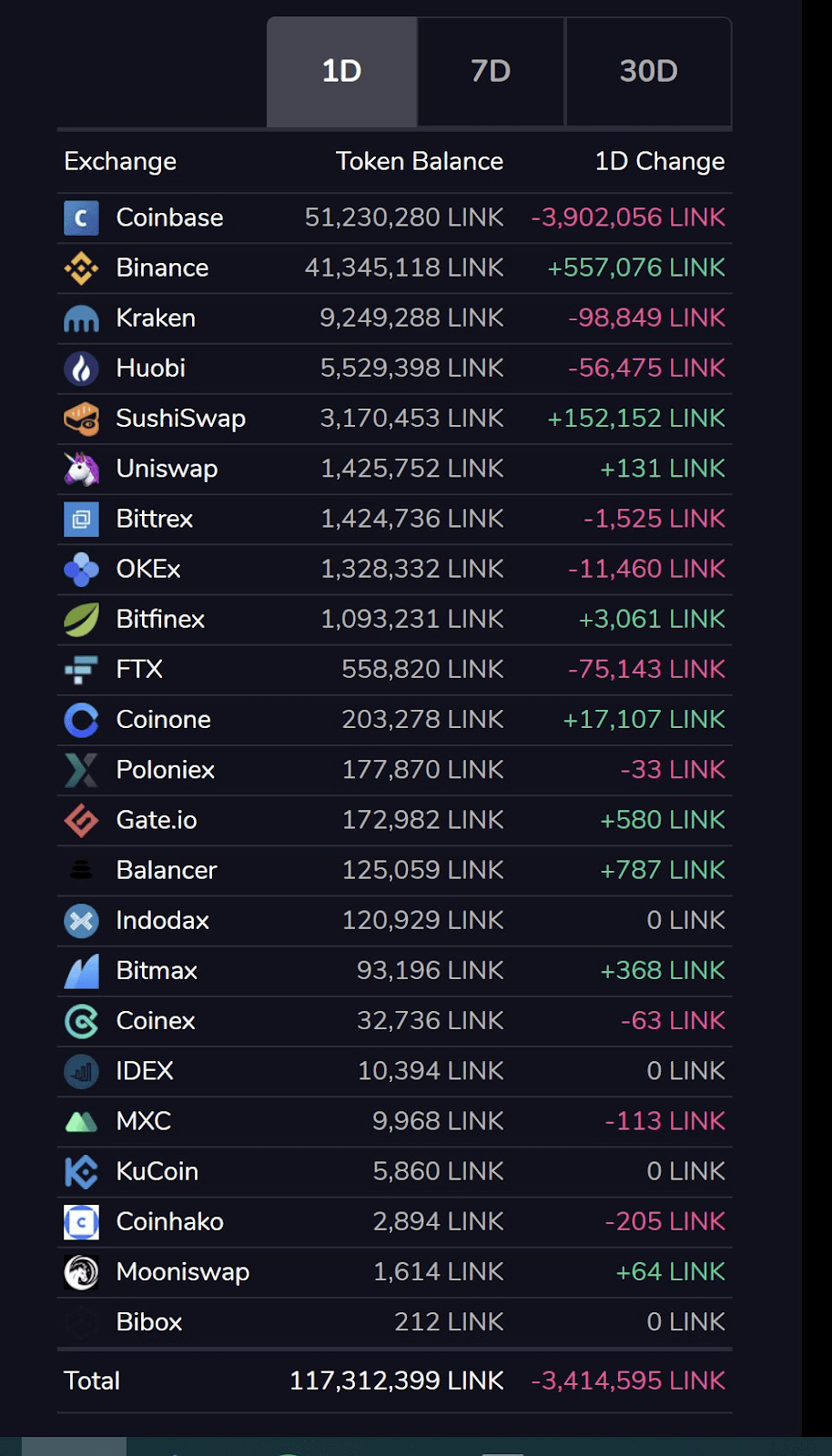 “4 million $LINK removed from coinbase today Around $124,000,000 worth of $LINK tokens probably not coming back soon Thats almost 10% of their entire supply”

How Chainlink and Polkadot Will Work Together

Polkadot has recently joined forces with Chainlink to incorporate its oracle service into its multi-chain environment. Different teams building on Polkadot can now count on a “flexible and reliable” solution to feed parachains with information.

Chainlink Price Feeds have been enabled as a Substrate Oracle pallet and can be accessed by any other pallet integrated into a parachain. Hence, deployable applications will have “powerful new functionality." Polkadot noted:

Parachains based on the Substrate network will have a direct connection to the “outside world” data provided by Chainlink through a runtime module. The pallet may be added with supported smart contract programming languages before or after connecting it to the Chain Relay.

Additionally, the team plans to work on a standard that would allow the use of the data feeds in all Polkadot parachains. The focus will be on an easy integration to leverage Chainlink’s four main features - high-quality data, decentralized infrastructure, secure nodes and cost-efficiency.

Apps connecting to Chainlink’s pallet can add a collection of on-chain data sets for cryptocurrencies, FX rates, commodities and other assets. These applications will have multiple functions like settling cross-chain smart contracts and operating liquidation mechanisms. They can confirm the authenticity of reserves that collateralize a stablecoin as well.

Head of Public Affairs at Parity Technologies, Peter Mauric, said that the recent integration could help Polkadot devs build the “next generation of high-performance decentralized applications.”

WE expected Chainlink price to break above the $31.50 resistance barrier and reach around $35 again.