The Chainlink price bounced up from the 50-day SMA on April 25 and reached $49.60 on May 5. During this upward surge, LINK gained 58% in overall valuation and flipped the 20-day SMA from resistance to support. Let’s take a closer look with technical analysis.

The Chainlink price faced lots of sell-offs around the $48.50 level which prevented LINK from reaching the $50 psychological level. Because of this, not only did LINK drop back into the Bollinger Band, but the relative strength index (RSI) had dipped back into the neutral zone. However, keep in mind that the band has continued to expand, which shows that the price volatility is still high.

As mentioned earlier, the Chainlink price has a strong resistance barrier at $48.50, wherein over 5,000 addresses had purchased almost 3.88 million LINK tokens. 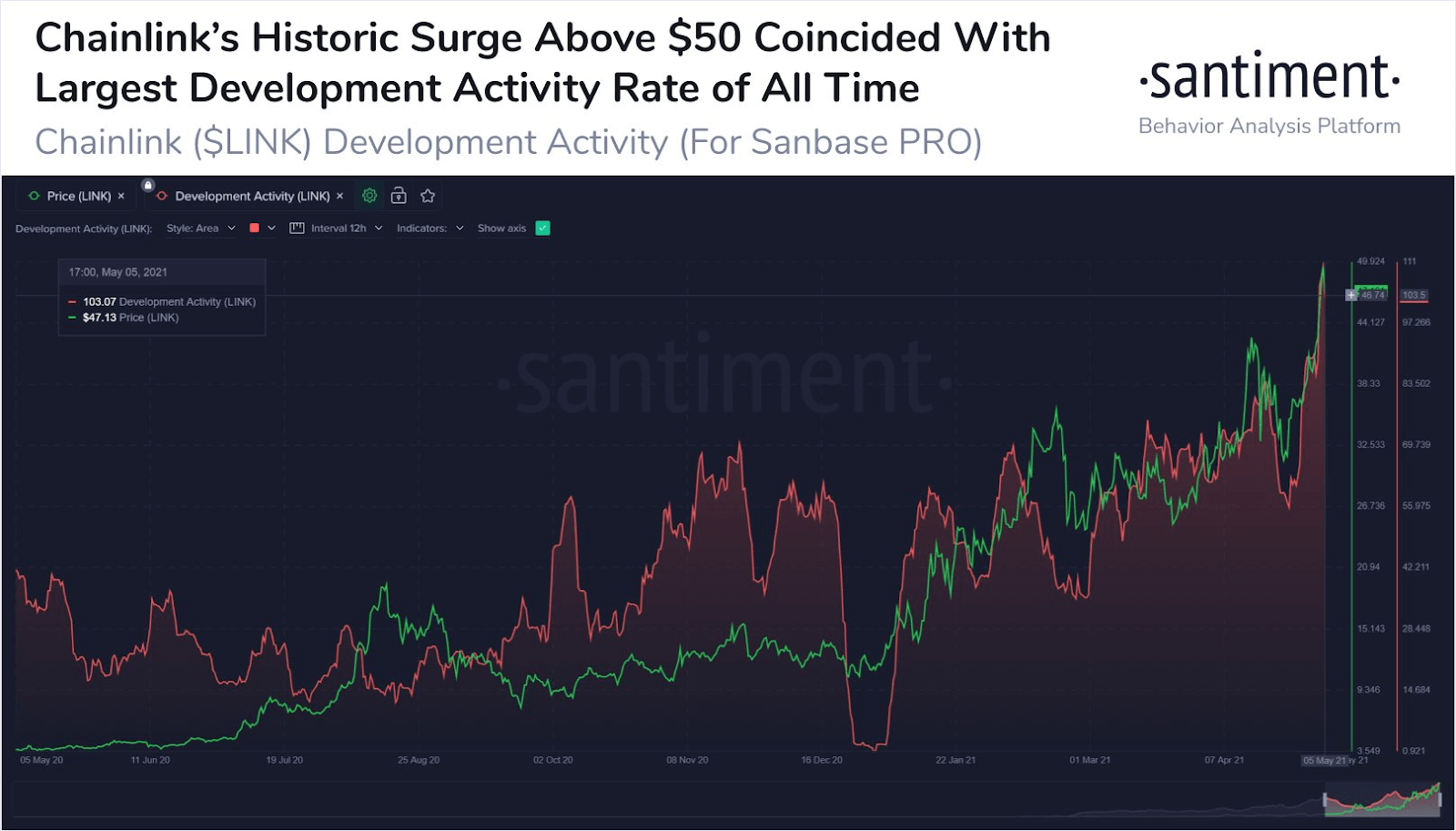 "#Chainlink saw an #AllTimeHigh of $50.84 as Thursday opened. Besides the fact that $ETH-based projects are soaring, part of what has driven $LINK to new heights has been its highest daily #Github development activity rates in the coin's 3.5-yr history."

CandorFi, a membership-based platform for cryptocurrency users, is now available on Binance Smart Chain (BSC). The company recently announced that it is using Chainlink VRF live on the BSC mainnet. As users take part in various pools on BSC that have winnings, CandorFi will call on Chainlink VRF once each pool is completed. This is done to access a provably fair and auditable random number, which is then used to pick the winner, the firm explained.

This process provides users with automated and verifiable assurances directly on-chain that each CandorFi pool winner is determined in a provably fair manner that cannot be tampered with by the oracle, outside entities, or the Candor team.

Without the trust of the community behind us, we have nothing. The integration with Chainlink will be a key factor in building our trust with the community quickly.

We at CandorFi will put honesty and openness at the forefront of building a long-lasting and mutually beneficial relationship with the community.

The Chainlink price is currently trending around $48 below the $48.50 resistance barrier. If LINK breaks past this line, it will return to the $50 psychological level.