This Tuesday, the Chainlink price managed to flip the parabolic SAR from positive to negative. As things stand, LINK currently faces immediate resistance at the $25 line. The MACD shows that the current market momentum is negative. As such, since the sentiment is negative, it seems like the buyers will have a hard time overcoming the $25 level.

Chainlink price must overcome immediate resistance at $25. According to Into The Block’s IOMAP, 12,000 addresses had purchased almost 18 million LINK tokens at this level.

LINK Volume On Uniswap Goes Down 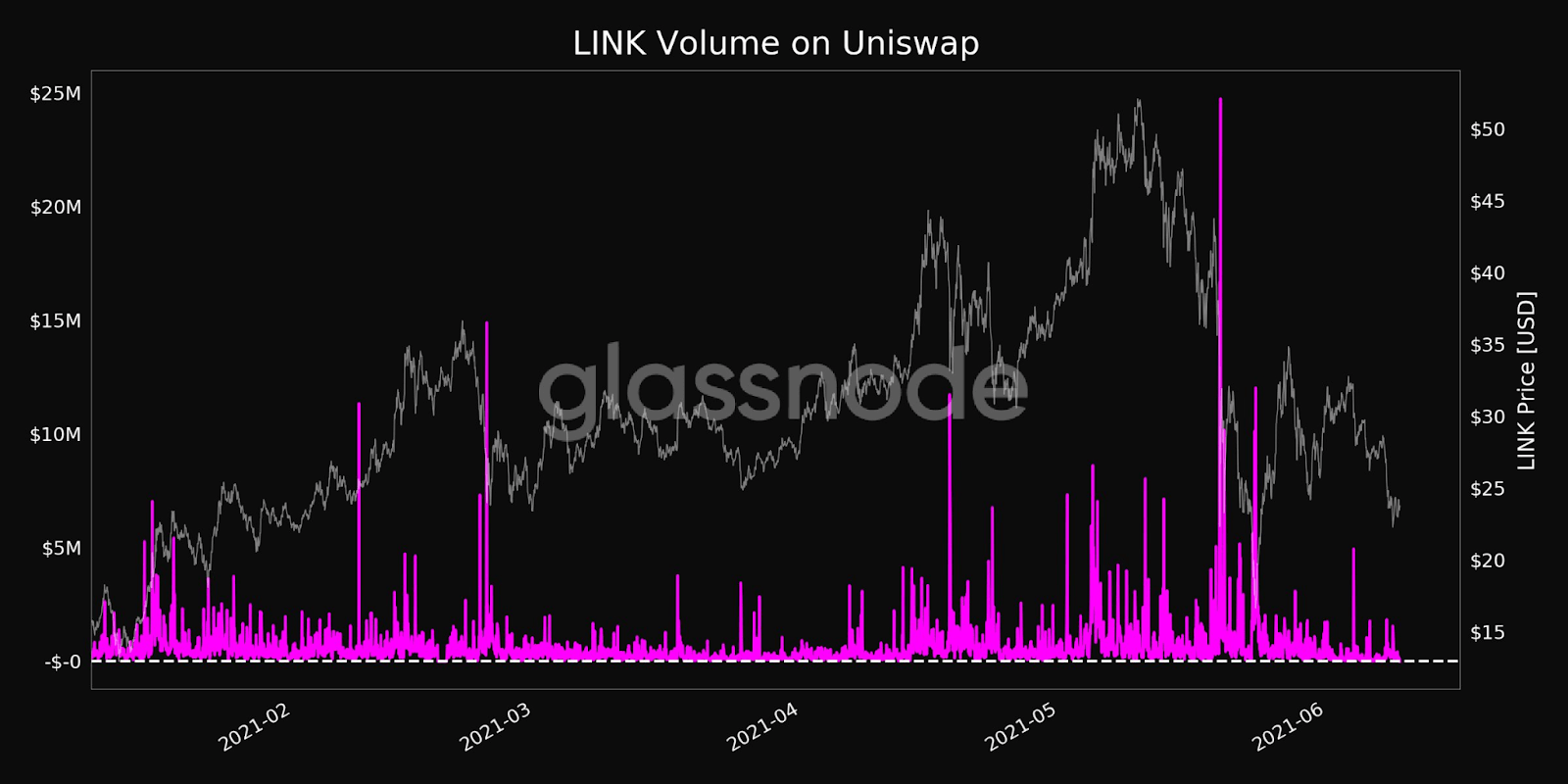 0Chain, a high-performance decentralized storage network, recently announced that it is integrating with Chainlink for connecting 0Chain to Ethereum and various other blockchains and external systems. The integration will involve multiple use cases, such as leveraging Chainlink Price Feeds, Metadata Mapping, Cloud Data Feeds, and Cross-Chain Verifications, the company noted.

For 0Chain, oracles are critical for allowing blockchains to directly tap into their decentralized storage network in an automated, chain-agnostic manner that’s both highly secure and reliable. In a blog post, 0Chain said this would allow third-party blockchain dApps to use and check the state of data streams and objects stored on 0Chain, which can then cross trigger on-chain actions. Thus, enterprises can leverage Chainlink’s oracles for up-to-date information while also using 0Chain’s fast retrieval dStorage as a chain independent storage layer, the firm added.

Data storage pricing has thus far been opaque and controlled by a few incumbents. 0Chain’s unique architecture not only brings fast data retrieval to decentralized storage, but also a marketplace for data storage where multiple servers bid their storage capacity for users to consume. This collaboration has the capacity to expand DeFi with new product offerings, such as cloud TCO insurance, and disrupt the pricing model and visibility of a whole industry. Moreover, it speeds up our efforts in availing our decentralized storage layer across blockchains in a chain-agnostic manner. We are excited about the future of this collaboration and the potential it holds.

The Chainlink price needs to break past the $25 psychological level and take down the 200-day SMA to reverse the current bearish sentiment.