Since July 7, the Chainlink price has dropped from $20 to $17.65. During this drop, LINK managed to flip the 20-day SMA from support to resistance. The relative strength index (RSI) indicates that the buyers and sellers have cancelled each other out.

The Chainlink price faces immediate resistance at the 20-day SMA ($18.50). As per IntoTheBlock’s IOMAP, ~11,000 addresses had purchased almost 12.5 million LINK tokens at this level.

"Chainlink's top 10 whale addresses have less of a stranglehold on the total supply of $7LINK (63.3%) than ever, since the coin’s public inception in Sep, 2017. For top assets, whales eventually owning under half the supply is generally a good thing."

LINK is still in the bear territory as it trades below the 50-day, 100-day, and 200-day moving averages as highlighted in the chart below. Additionally, Chainlink is currently trading within a descending triangle with a floor at the $15 support area that was held on May 23rd and June 22nd. 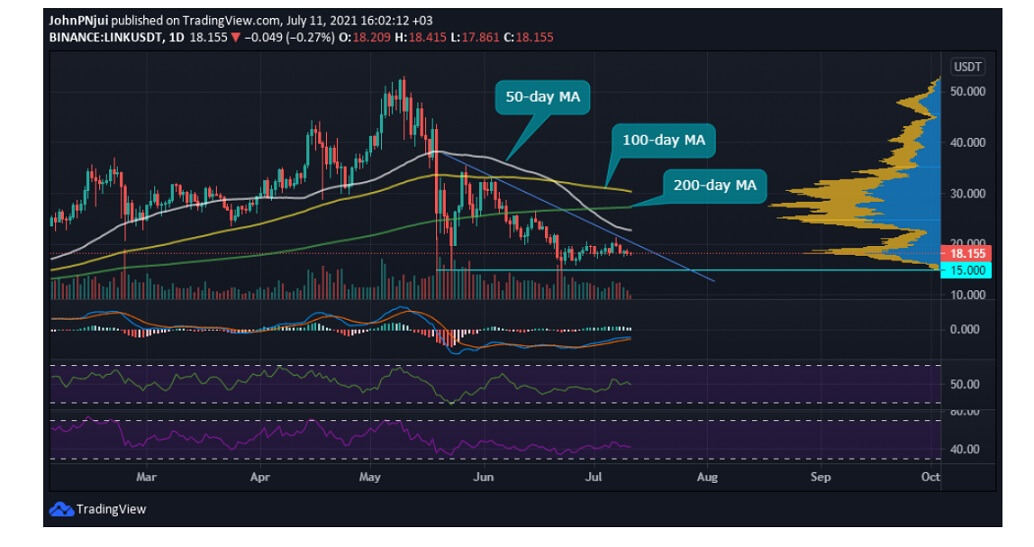 The Chainlink price needs to overcome the 20-day SMA to revisit the $20 resistance barrier.