Could Bitcoin Cash Be A Millionaire Maker?

Bitcoin Cash is a relatively new cryptocurrency, but it has proven itself to be an excellent investment for investors and traders in its short existence.

Bitcoin Cash is already in the top ten cryptocurrencies by market capitalization, and all signs point to it growing even more. The cryptocurrency has immense potential for growth and could be a millionaire-maker for investors.

Since the start of the year, Bitcoin Cash has attracted significant investor interest, thanks to a sustained rally that has seen its price touch price levels that no one expected.

So, is Bitcoin Cash a good investment? Can it be the millionaire maker investment in your portfolio? Let's take a look at the price history of the cryptocurrency and the factors that could make it a worthy investment. But first, let's understand Bitcoin Cash a little better.

So What Is Bitcoin Cash? 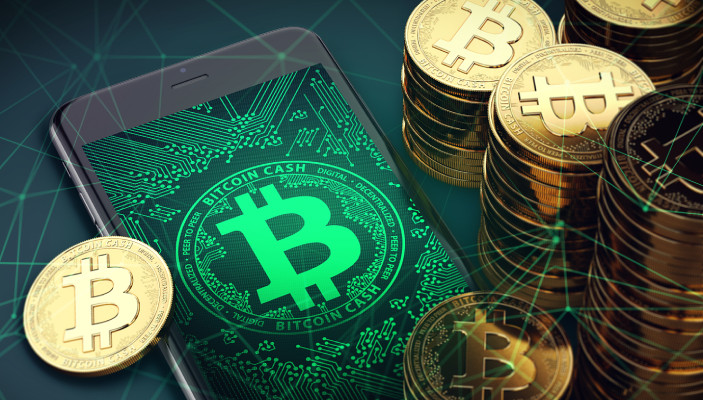 Created in 2016, Bitcoin Cash is a cryptocurrency with its own blockchain. The cryptocurrency was created by a group of miners concerned about Bitcoin and the issues it was facing. They also doubted Bitcoin's ability to scale and were worried about the slow speed of transactions on the Bitcoin network.

With the number of users on the Bitcoin network increasing, transaction speeds got slower, and wait times to verify transactions on the network kept increasing. Bitcoin could process only around ten transactions per second, with each transaction taking around ten minutes to achieve finality.

With the number of users and transactions on the Bitcoin network increasing, there were growing bottlenecks on the network because the underlying technology was the same. The ability to process transactions remained the same as before.

The miners figured out that there were two ways to solve the problems faced by Bitcoin. The size of the data blocks could be increased, which would increase the amount of data that could be processed.

The second method was that they could reduce the data in each block. This would make transactions faster and cheaper. However, the developers could not reach an agreement, and some developers and miners initiated a hard fork, leading to the creation of Bitcoin Cash.

Bitcoin Cash has its own blockchain and a block size of 8MB, which reduces transaction times and allows more data to be processed.

Read Also: Bitcoin vs Bitcoin Cash: Which Crypto Should You Buy

To understand this, we must analyze Bitcoin Cash's price and how it has behaved since the start of the year. Let's start by looking at the price in late 2020. Bitcoin Cash started its upward push sometime in mid-December. Fueled by the mad rush to invest in cryptocurrencies, the asset drew a lot of investor attention due to its similarities with Bitcoin.

Even though the price tapered off, and there is a bit of volatility when it comes to Bitcoin Cash, this rally had reminded investors of coin's legendary price rally three years ago when the cryptocurrency rallied from $448 at the end of October to a record high of $3785 on 20th December 2017.

BCH hasn't reached those highs since. Still, investors believe that if the cryptocurrency can stage another rally similar to the one in 2017, Bitcoin Cash could be a millionaire-maker investment.

Add to this the vocal support that Bitcoin Cash has received from big names like Roger Ver, tech entrepreneur and investor, who believes that by 2030, Bitcoin Cash would be 229 times its current price. Ver believes that the more utility an asset has, the more it will draw users and companies to it. He believes that BTC has more utility than other cryptocurrencies, and this is why it could see a significant appreciation in price.

More recent developments also cement the fact that Bitcoin Cash is bullish. The cryptocurrency soared 22% in 24 hours after Kim Dotcom announced his support and backing to Bitcoin Cash.

Factors That Could Make Bitcoin Cash A Millionaire Maker

Scalability is a huge advantage that Bitcoin Cash has over other cryptocurrencies like Bitcoin. The team behind Bitcoin Cash is quick to implement any changes needed to improve scalability. Better scalability allows more users to conduct transactions and execute payments.

Decentralization gives the currency value as it eliminates the need for third-party involvement in transactions. It gives users control of their money and their assets. Bitcoin Cash has nodes spread worldwide, so even if some of the nodes are not functioning, transactions can still occur.

It has a high level of efficiency. It can record a larger number of transactions in each block, making payments quicker and lowering each transaction's transaction cost. Bitcoin Cash plans to increase block sizes to preempt any scalability problems in the future.

Since it broke away from Bitcoin, Bitcoin Cash has garnered significant popularity in the investor community. It has received endorsements from cryptocurrency heavyweights like Robert Ver. A lot of investors believe Bitcoin Cash could replace Bitcoin if the latter continues to struggle with its scalability issues.

So Can Bitcoin Cash Become A Millionaire Maker?

Bitcoin Cash is in the top twenty cryptocurrencies when it comes to market cap. It has a market value of almost $6 billion, and with the cryptocurrency entering a bullish phase, there is no telling how high the price could go. Investors still remember Bitcoin Cash's stellar rally of 2017, and some feel that this current rally could mirror that extraordinary run.

Bitcoin Cash has also received vocal backing from stalwarts of the cryptocurrency space, giving it more legitimacy. The cryptocurrency's price is seeing a gradual increase. If the gradual price appreciation turns into a bull run similar to 2017, then Bitcoin Cash is definitely an investment that you should make.

According to most analysts, Bitcoin Cash is an investment worth making. Even though the currency's price has appreciated significantly, analysts believe that it could increase further. If the current rally goes on to mirror the rally of 2017, then Bitcoin Cash could be a millionaire-maker investment.

Investors should remember that cryptocurrencies are notoriously volatile, and it is difficult to predict their prices accurately.

The price depends on market sentiments which could change in an instant, having a negative or positive impact on your investment. It is important that you are thorough in your research before investing in Bitcoin Cash or any other cryptocurrency.