Could NEO Be A Millionaire-Maker?

NEO has been a top performer for its early investors. Is it too late to jump in?

Cryptoasset investing is highly volatile and unregulated in some EU countries. No consumer protection. Tax on profits may apply.

There is an array of altcoins in the crypto market today. Amongst them, NEO coin has seen significant growth since the beginning of last year. NEO, popularly known as the Chinese Ethereum, has been one of the most discussed coins in the crypto world.

Considering its technical aspects and surge, NEO might potentially be a millionaire-maker coin.

Before getting into the potential of NEO to be the next millionaire-maker coin, let's see the factors that drive this crypto's growth, its price rally over the past few years, and unique characteristics that make NEO a potential investment option. 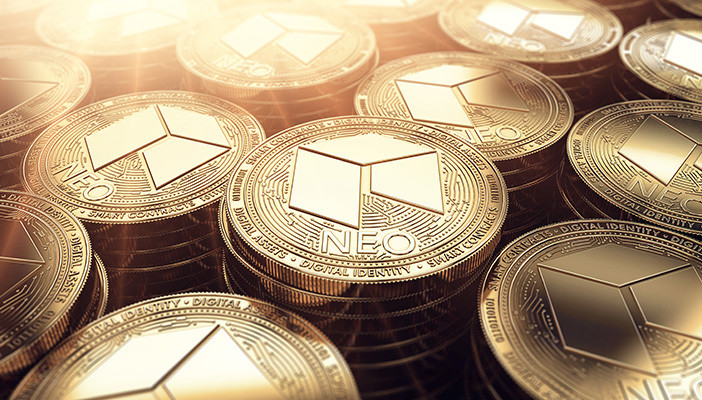 NEO is a blockchain platform that bills itself as a rapidly growing and developing ecosystem. It supports its own cryptocurrency and facilitates the development of smart contracts and digital assets. The purported goal of NEO is to become the foundation for the next generation of the internet.

It aims to create a new economy where there is a combination of digitized payments, identities, and assets. NEO was the first Chinese digital coin, a direct competitor of Ethereum. Through the use of smart contracts, NEO aims to automate the management of digital assets.

NEO was co-founded by Da Hongfei and Erik Zhang in 2014 and was initially known as AntShares. It rebranded its name to NEO in June 2017. Presently, it is owned by the NEO foundation that aims to promote global blockchain adoption.

Like Ethereum, NEO is much more than just a digital currency. It is also a blockchain platform that provides smart contracts and decentralized applications, and this has a significant impact on its price levels and demand in the market.

Is NEO A Millionaire-Maker Investment?

NEO was designed with the eventual goal of building a distributed network-based smart economy system. It came into the market in 2014. Though it had its ups and downs, NEO successfully rallied strongly, hitting an all-time high of $196.85 on January 18, 2018.

The 2022 crypto market crash caused NEO's price to drop to $8, but most analysts expect the coin to rally again in the future.

NEO coin is focused on being regulatory-compliant and distinguishes itself from other standard blockchain platforms. The key feature that makes NEO unique from other cryptocurrencies is its digital identity. Digitized assets and smart contracts are already popular on other blockchain platforms. But NEO aims to bring all three together, which could turn it into a millionaire-maker coin in the coming decades.

NEO is the first open-source blockchain platform developed by China, one of the biggest markets for cryptocurrencies today. This becomes a significant factor that makes NEO a viable investment option for the long haul.

Read Also: How to Invest in NEO

Factors That Could Make NEO A Millionaire Maker

From its advanced blockchain technology to its institutional adoptions, several factors affect the value of NEO in the market. These are a few unique characteristics of NEO that can make it a millionaire-maker coin.

The most stand-out feature of the NEO blockchain is its continued developments. These advancements ensure that the coin is future-proofed. This means that it is capable of coping with the sudden increasing demands in the market. With its newly developed NEO 3.0 project, the network has enhanced security and allows a greater number of transactions per second.

Unlike other cryptocurrencies, the NEO blockchain network has two native tokens. One is NEO, and the other is GAS. NEO plays a prominent part as an investment token, while GAS is a payment token used for paying fees for the transactions completed on the network.

According to NEO, its Smart economy system can be described as Digital Assets + Digital Identity+ Smart Contract. The NEO blockchain is an open, decentralized, trustworthy, traceable, and transparent network, where assets are digitized without intermediaries and their associated costs.

Also, NEO highly protects these assets as they have a validated digital identity protected by law.

Yet another significant factor that boosts NEO's value in the market is its focus on being regulatory-compliant. The third key factor of 'digital identity' separates NEO from the rest of cryptocurrencies that provide digitized assets and smart contacts on their platform.

Every user operating on the NEO platform should have a unique digital identity that can be verified. NEO networks become regulatory-compliant as people or businesses only have the option to transact among themselves if the other party has the specific identity.

NEO has a unique consensus protocol known as the Delegated Byzantine Fault Tolerance. This protocol ensures that the blockchain is capable of processing thousands of transactions per second.

Could NEO Be A Millionaire-Maker?

NEO does the same thing as Ethereum by providing a platform that allows the development of decentralized applications and smart contracts but in a better way. This is the prime reason why NEO is an investor-favourite coin, as well as being popular among developers.

NEO has a market cap of $589 million as of writing and is expected to rise higher by the end of 2022. Several blockchain evangelists like Brian Evans have come out in support of NEO, adding to its popularity.

He adds, "The big move for NEO is creating an entire smart economy. It has incorporated digital assets, smart contracts, and a digital identity that can be used for real-world applications and become integrated into the real economy. China could (and may) be a candidate for that first real-world application and integration."

With a limited supply of 100 million coins, 70.5 million are already in circulation. An increase in demand could eventually boost its value in the market, turning NEO into the next millionaire-maker coin for holders and new investors.

Check Out: When To Buy A Crypto And When To Sell A Crypto

The NEO-Onchain concept, with its technical robustness and a centralized approach, is promising, not merely for the Chinese authorities but other foreign governments also. There is a rising interest of institutional investors for NEO due to its technically advanced blockchain platform.

In the future, NEO is going to bring in a unique concept of the Smart Economy. Any real asset, for instance, a house, can also be easily digitized. Considering all its developments and the increasing popularity of smart contracts, NEO could be a millionaire-maker coin in the coming future.