Ethereum price has managed to chart nine consecutive green candlesticks between April 25 and May 3. During this upward surge, ETH jumped from $2,200 to $3,300, gaining a staggering $1,100, in the process. However, this Tuesday, ETH dropped to $3,245 as the price faced a bearish correction.

The buyers took back control of the market this Wednesday as Ethereum price jumped up from $3,245 to $3,470, making up for Tuesday’s losses. As per the relative strength index (RSI), ETH is presently overbought and may face bearish correction.

On the downside, Ethereum price has a robust support wall at $2,950 wherein nearly >8,000 addresses had purchased almost 7 million ETH tokens. 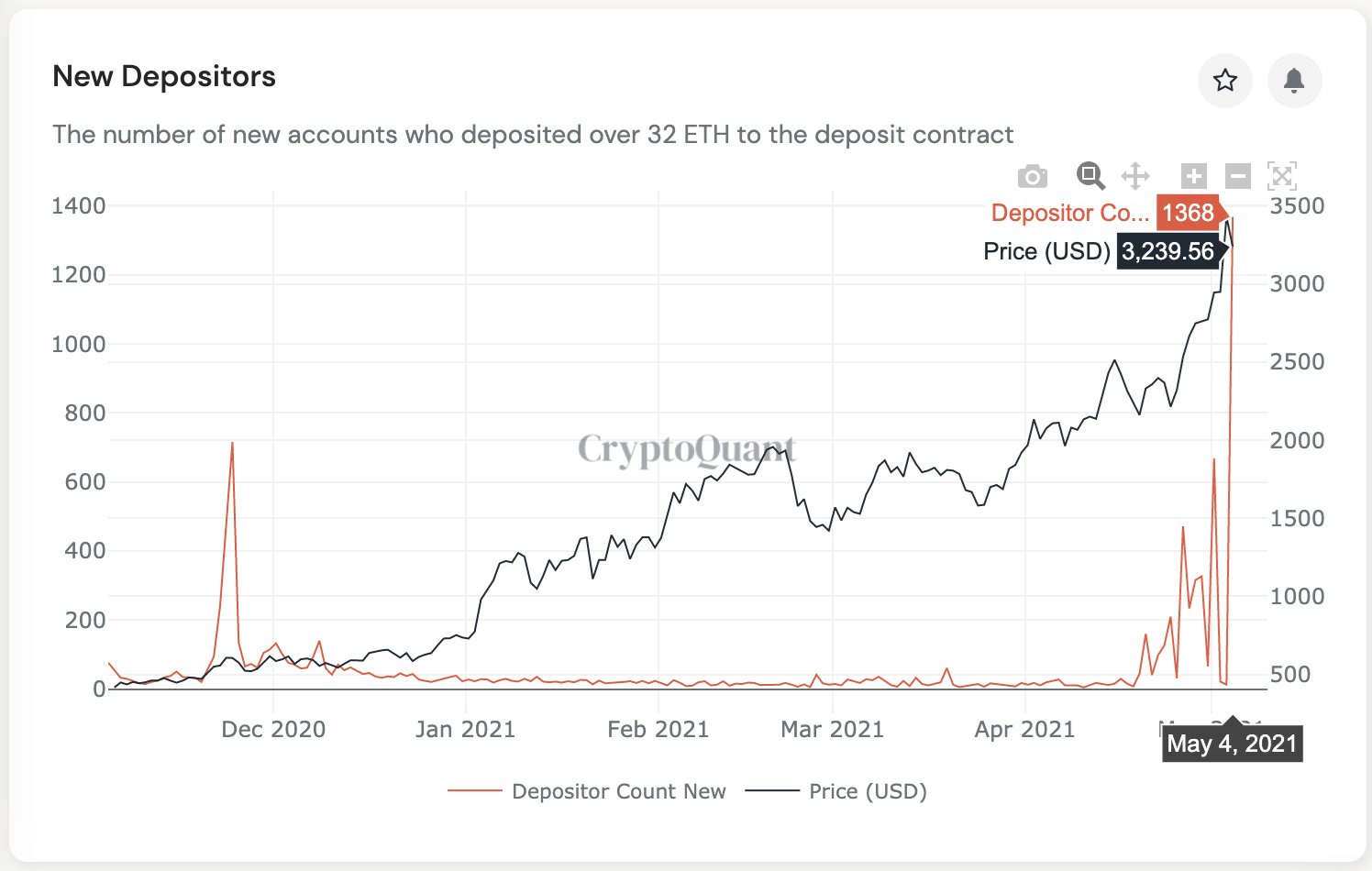 The number of new accounts depositing to the Ethereum 2.0 deposit contract hits a new ATH with 1,368, as per CryptoQuant. 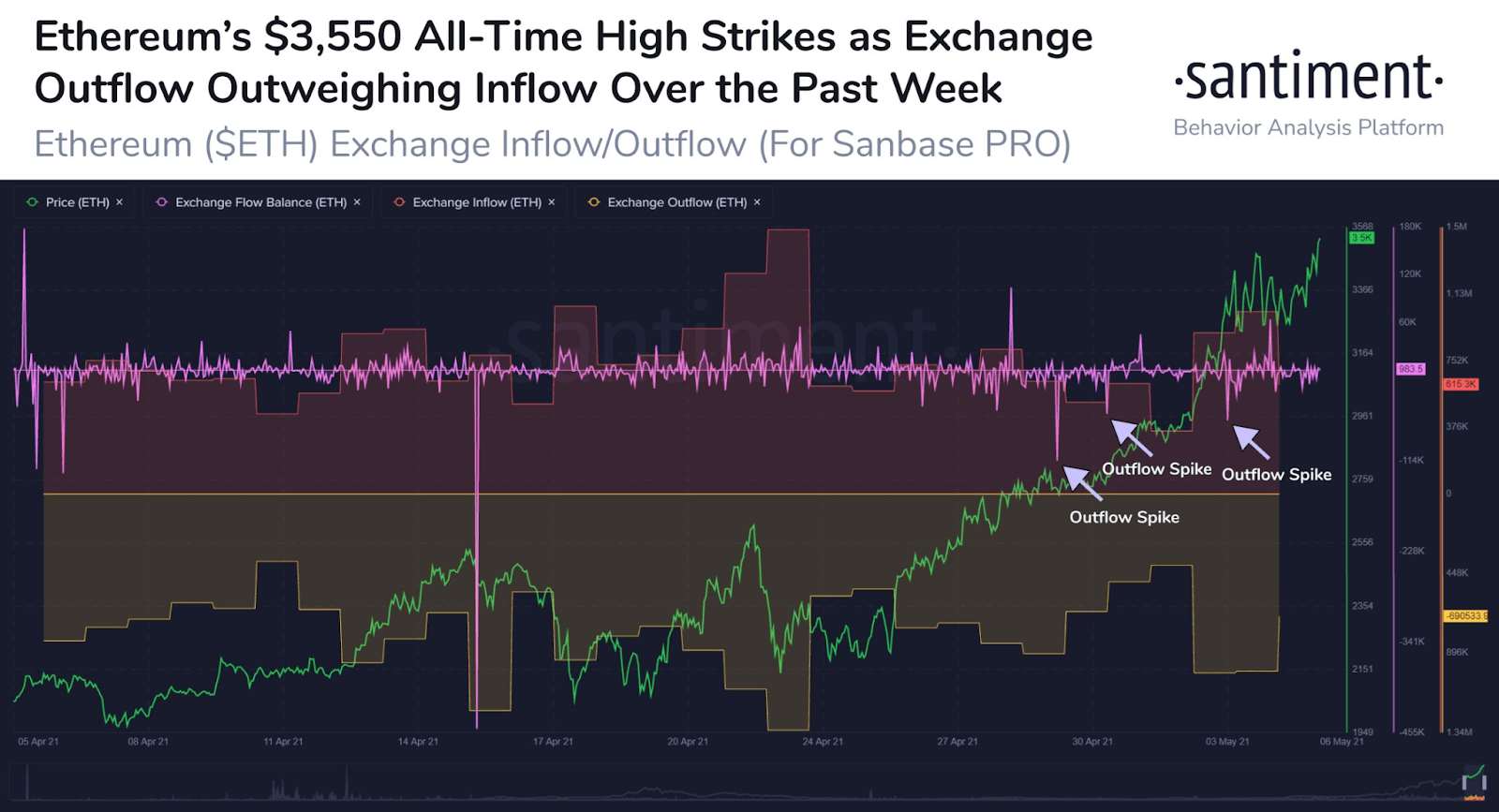 Ethereum Institutional Investors On The Rise 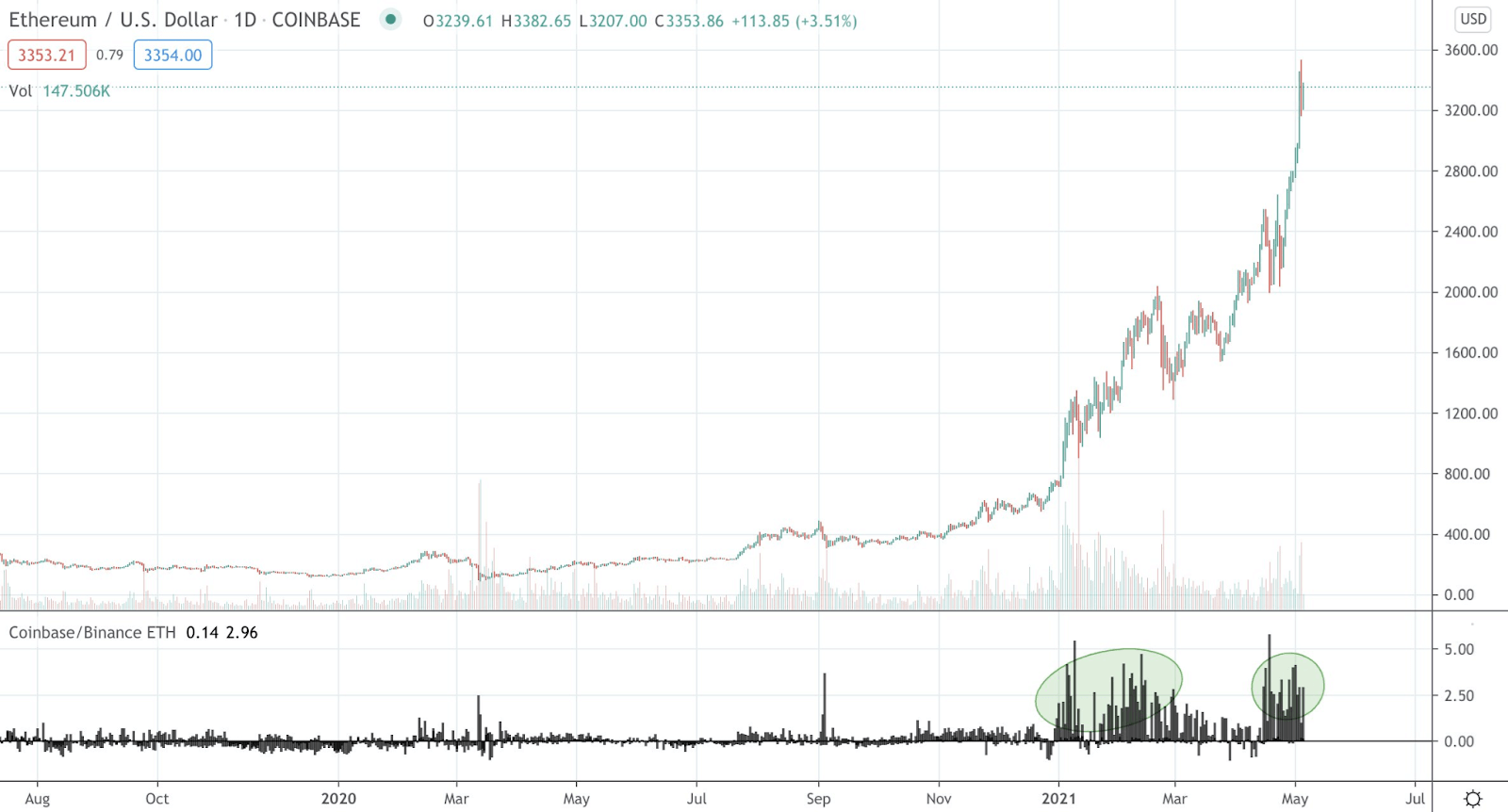 CryptoQuant also shared the following tweet along with the chart:

"Another evidence that US (institutional) investors are buying $ETH at @Coinbase . $ETH Coinbase premium has been significantly increased since early 2021. New money is flowing into the crypto market."

Canadian fintech firm Mogo recently announced a corporate purchase of Ether(ETH). The new investment follows the company’s initial Bitcoin purchase back in December 2020. At the end of March, Mogo mortgage clients were offered BTC rewards if they got a mortgage through the company or refinanced an existing property.

Mogo recently explained that it obtained 146 ETH at around $2,780 per unit. Both the Bitcoin and the recent Ether investments are part of the firm’s plan to increase the company balance sheet with blockchain investments. It said:

Mogo plans to invest up to 5% of its cash and investment portfolio value in cryptocurrencies.

This initial investment in Ether complements our earlier investments in Bitcoin and reflects our belief in the long-term potential of blockchain technology and its position as a core component of a next-generation financial technology platform.

According to the numbers on bitcointreasuries.org, the entire lot of companies and hedge funds hold over $77 billion worth of BTC, more than 1.4 million bitcoins, and approximately 6.78% of the entire Bitcoin supply.

The buyers will want to reconquer the $3,500 psychological level before facing a further bearish correction.