On January 22, the Ethereum price jumped from $1,100 to $1,770 as of writing. ETH gained around $670 in valuation in the process, flipping the 20-day SMA from resistance to support. The 20-day SMA has acted as reliable support for ETH.

As things stand, the Ethereum price is consolidating below the $1,800 level. The relative strength index (RSI) is trending horizontally at the edge of the overbought zone. As such, any sudden price jumps could overvalue the asset and trigger a bearish correction.

The Ethereum price is currently sitting on top of two healthy support levels at $1,650 and $1,750. At the former level, 254,000 addresses had previously purchased 8M ETH tokens. On the upside, there is a lack of strong resistance barriers.

When we see the 4-hour Ethereum price chart, two negative signs tell us that ETH may soon go through a bearish correction. Firstly, the parabolic SAR has reversed from bullish to bearish. Secondly, the MACD shows increasing bearish momentum. The 20-bar SMA has temporarily stopped Ethereum’s downflow.

The Binance Smart Chain (BSC) has recently surpassed the Ethereum network in terms of daily transactions. This comes at a time when users are actively looking for alternatives as they are forced to pay incredibly high gas fees on Ethereum. 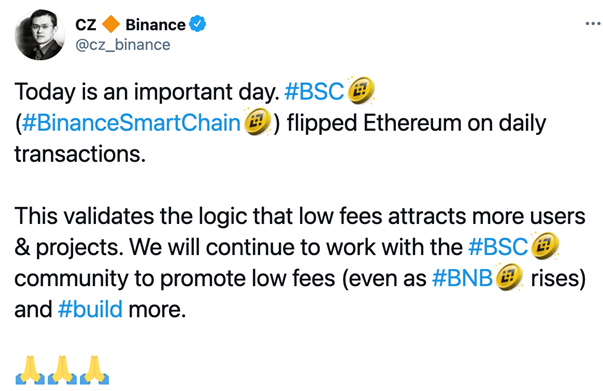 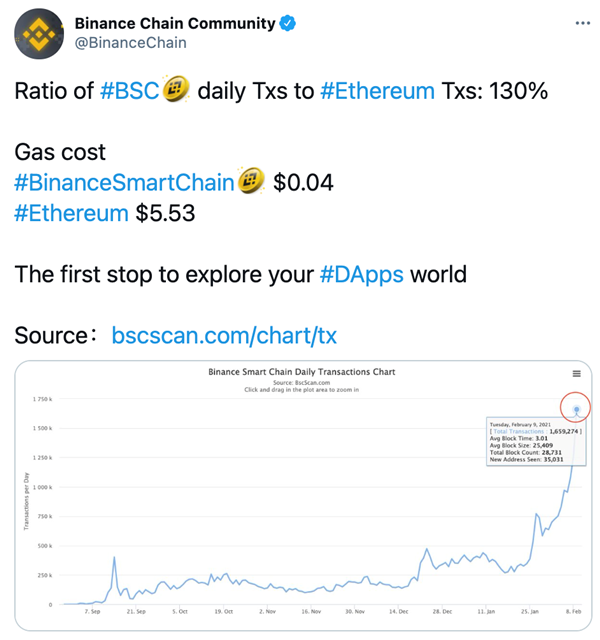 Responding to Changpeng Zhao, some crypto community members have expressed concerns about the highly centralized nature of BSC. 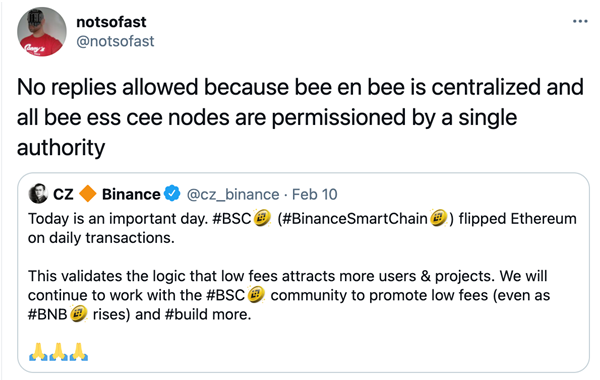 The Ethereum price will likely continue to trend horizontally between the $1,800 and $1,750 levels.