The Ethereum price has reversed the parabolic SAR from negative to positive, even though ETH has been trending between $2,880 and $2,270 over the last nine days. The MACD is also on the verge of flipping from red to green.

According to the IOMAP, the Ethereum price faces strong resistance at the $2,800 line which sees a confluence of the 20-day and 50-day SMAs. Previously, at this level, nearly 356,000 addresses had purchased over 1.24 million ETH tokens.

As per CryptoQuant, the number of Ethereum stored in the exchanges has been increasing.

"The top 10 #Ethereum whale addresses are creeping toward a new milestone in terms of supply held. Currently holding 19.08m $ETH, these top addresses previously held an #AllTimeHigh of 19.25m $ETH three weeks before the price skyrocketed above $4,300." 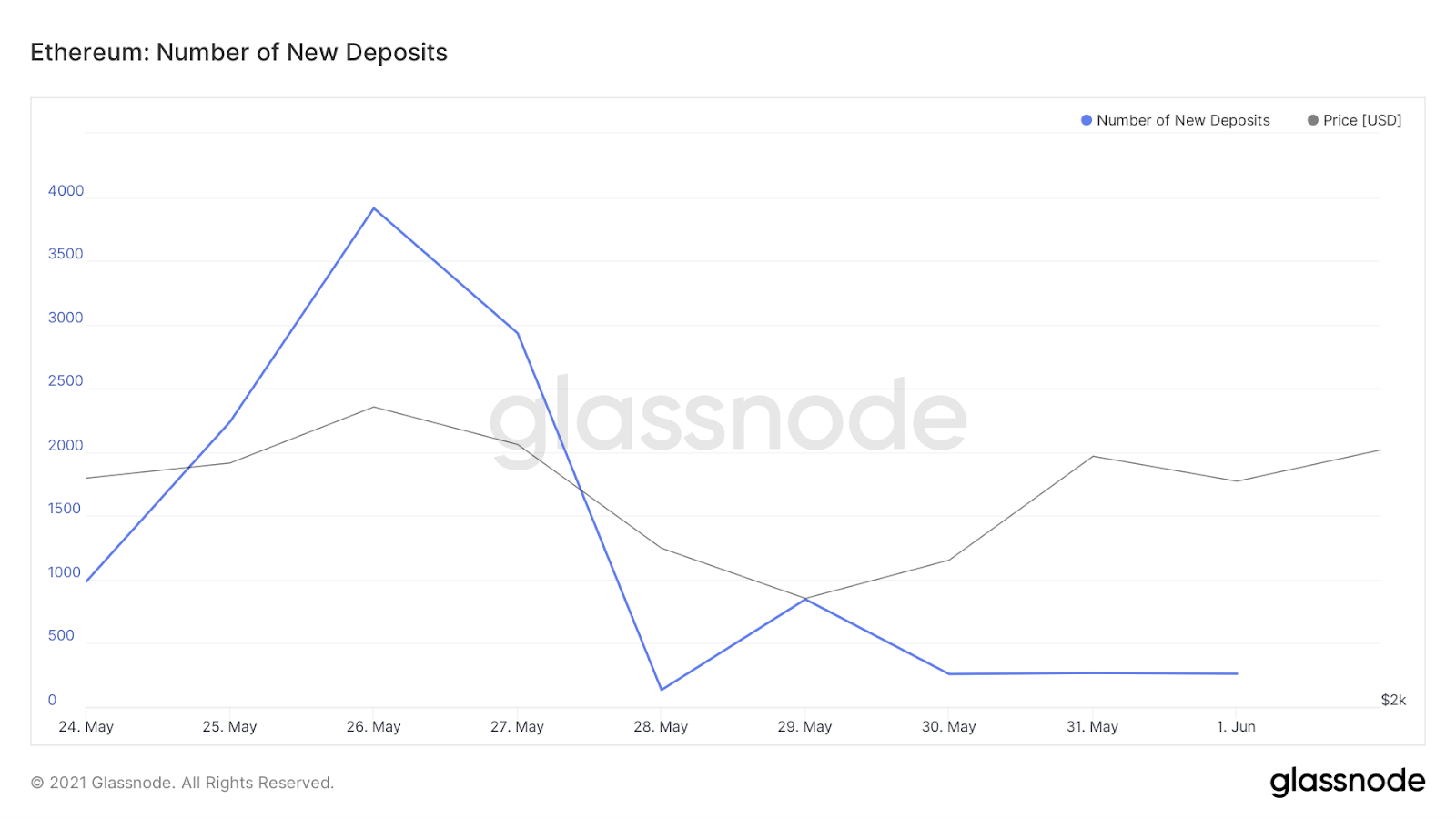 Looking at Glassnode, the number of deposits made to the ETH 2.0 contract has been steadily decreasing over the last week. 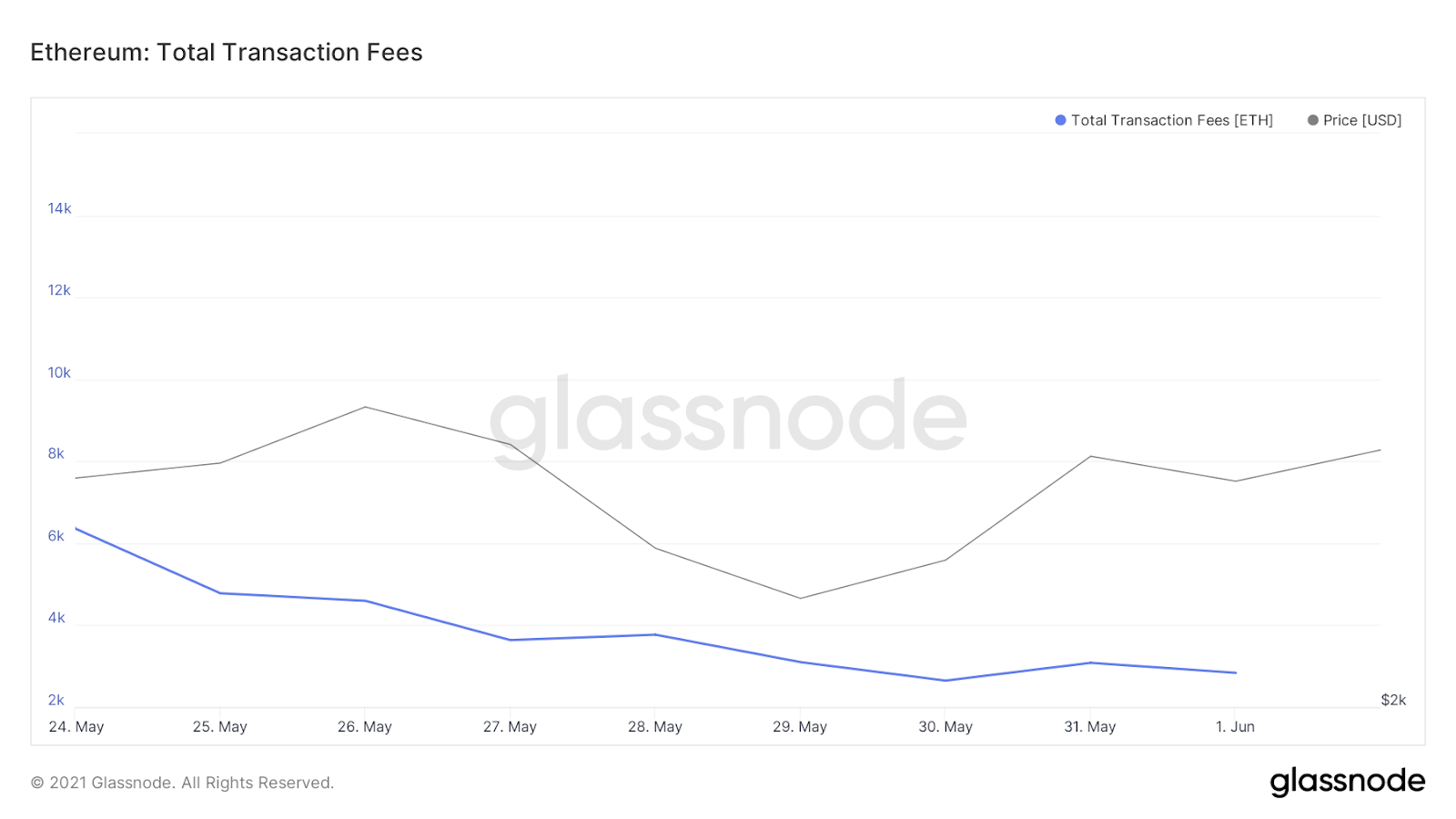 Finally, it seems like the amount of gas fees for Ethereum has been decreasing steadily over the last week.

Vitalik Buterin surprised at how long Eth2 is taking

The CEO and co-founder of Ethereum, Vitalik Buterin, recently commented on the obstacles on the roadmap to Ethereum 2.0. Speaking at the Virtual Fintech Forum at the StartmeupHK Festival 2021, Buterin said that technology was not the main issue with Ethereum.

He admitted that building Ethereum had taken a lot more time than he had anticipated. The upgraded version is taking substantially longer. He said:

We thought it would take one year to do the proof-of-stake, but it actually takes six years. If you are doing a complex thing that you think will take a while, it’s actually very likely to take a lot more time.”

Buterin added that there had been a number of internal team conflicts in the five years it has taken Ethereum to get to where it is today. “One of the biggest problems I’ve found with our project is not the technical problems — it’s problems related with people.

Buterin stated that ETH 2.0 will have the kind of scalability that large-scale enterprise applications expect when rollups and sharding are combined. However, that is unlikely to occur before late 2022 per the latest roadmap estimates. The two chains will merge, or dock, in late 2021 or early 2022, according to the official documentation, which states:

Originally, the plan was to work on shard chains before the merge — to address scalability. However, with the boom of layer two scaling solutions, the priority has shifted to swapping Proof-of-Work to Proof-of-Stake via the merge.

Phase One, which introduces scalability through sharding, is not expected until later in 2022. Buterin said the current version of Ethereum has largely become a victim of its success, with demand pushing network fees to record levels, making the majority of transactions economically unviable for the average user.

On the topic of Eth2, Buterin said that they are using that moniker less frequently because the team wanted to emphasize that “this isn’t throwing out the existing Ethereum platform and making a totally new one. It’s a much more, kind of, incremental set of changes.