The Ethereum price crashed from $2,850 to $1,800, losing almost $1,000 in its overall valuation. This crash happened between June 4 and June 25, during which ETH flipped both the 20-day SMA and the parabolic SAR from bullish to bearish. Following this, the buyers managed to retake control.

Prior to this Thursday, the Ethereum price had six straight bullish sessions between June 26 and June 30, wherein it went from $1.805 to $2,278 – gaining almost $470 in its overall valuation. Due to this jump, the buyers managed to:

Following this, the sellers retook control and pushed ETH from 2,278 to 2,120, and retook the 20-day SMA as a resistance barrier.

Looking at IntoTheBlock’s IOMAP, the 20-day SMA ($2,170) is the most important level for Ethereum price. Previously, at this level, over 535,000 addresses had purchased almost 1.85 million ETH tokens. 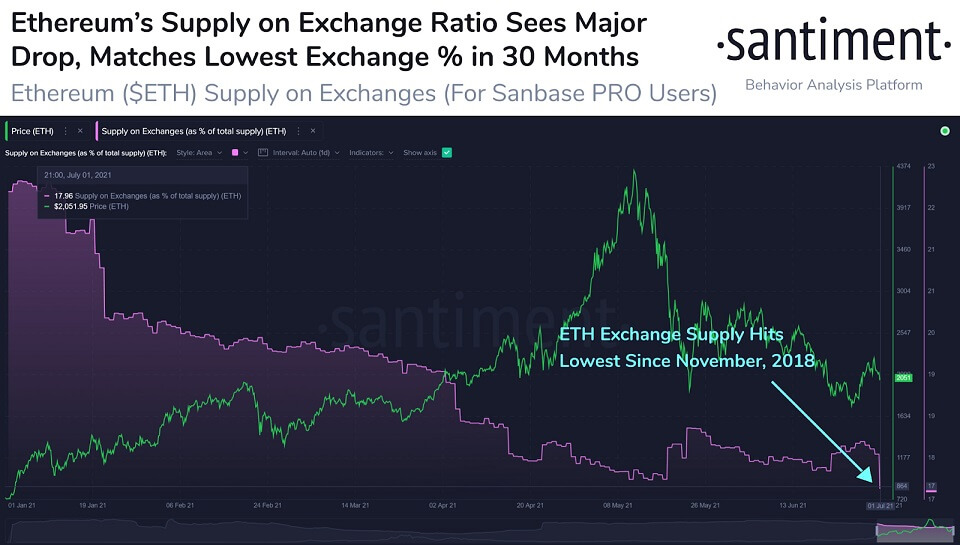 "To kick off July, #Ethereum holders continued to make history by lowering the percent of $ETH held on exchanges to its lowest ratio since November, 2018. Dropping below 18% for the first time in 31 months lowers the risk of a future major selloff." 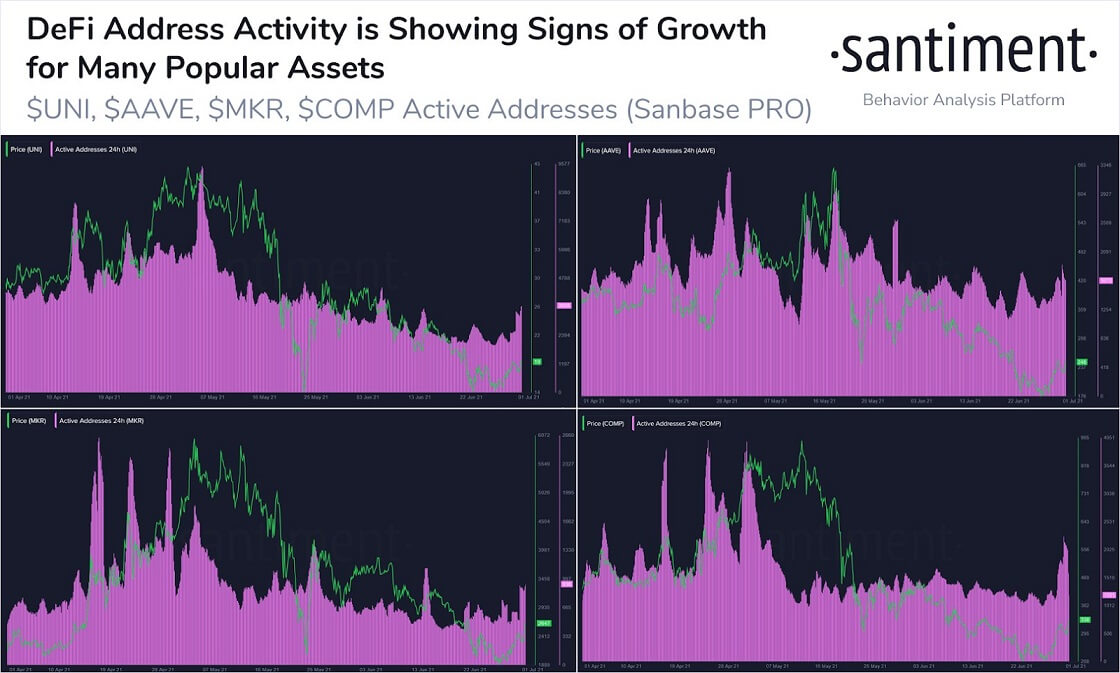 “#DeFi season is showing signs of ramping up again, as many of these #altcoins are recovering very well against the price of $BTC. Since Monday, active addresses for the following projects are:

“Ethereum still gets locked up long-term.”

Galaxy CEO Believes That Ethereum May Become the Biggest Cryptocurrency

"I think Ethereum, most likely, will become the second-biggest or, maybe, the biggest cryptocurrency one day."

He mentioned that Ethereum has a very different use case compared to the flagship cryptocurrency. While Bitcoin is “a beautifully designed” store of value, its biggest competitor can serve as the base layer for Web 3.0, he said.

However, the CEO also pointed out that Ethereum is facing tough competition from Solana, Terra, and other ecosystems. Novogratz also predicted that protocols going to be built on top of Ethereum or other platforms are going to be mind-blowing in the next five years.

When asked about whether or not his clients feel angsty about the ongoing market correction, Novogratz replied that the crypto revolution is still in its early stages. Hence, he claims that nobody thinks that crypto is going away.

Novogratz believes that regulation is going to make the industry even stronger. That said, he also stated that the cryptocurrency community had to do a better job of educating lawmakers following the recent congressional hearing.

If the buyers don’t retake control, the Ethereum price could potentially drop to the 200-day SMA ($1,950), breaking below the $2,000 psychological level again.