Between March 6 to March 9, the Ethereum price went up from $1,535 to $1,875, gaining almost $350 in its overall valuation. However, the sellers have taken back control this Wednesday, dropping ETH to $1,800. Let’s take a closer look with technical analysis.

Looking at the daily Ethereum price chart, there are three specific buy signals:

On the upside, there is a moderate resistance level at $1,825 wherein 325,000 addresses had purchased 1 million ETH tokens. On the downside, there is a healthy support wall at $1,600.

“Our #Ethereum NVT model (measuring the amount of token circulation vs. $ETH's market cap) continues indicating a bullish divergence at these levels in March, and the surge back above $1,800 yesterday hasn't slowed it down.”

Whales Accumulating Is On The Rise

Recent Santiment data has revealed that whales are accumulating Ether (ETH) rapidly. The crypto intelligence platform noted that the percentage of Ethereum’s supply owned by whales holding over 10,000 ETH has reached a new high since the 2017 bull market.

At the same time, however, the percentage of addresses that own 10,000 ETH or less has plummeted in the last three months, Santiment added. 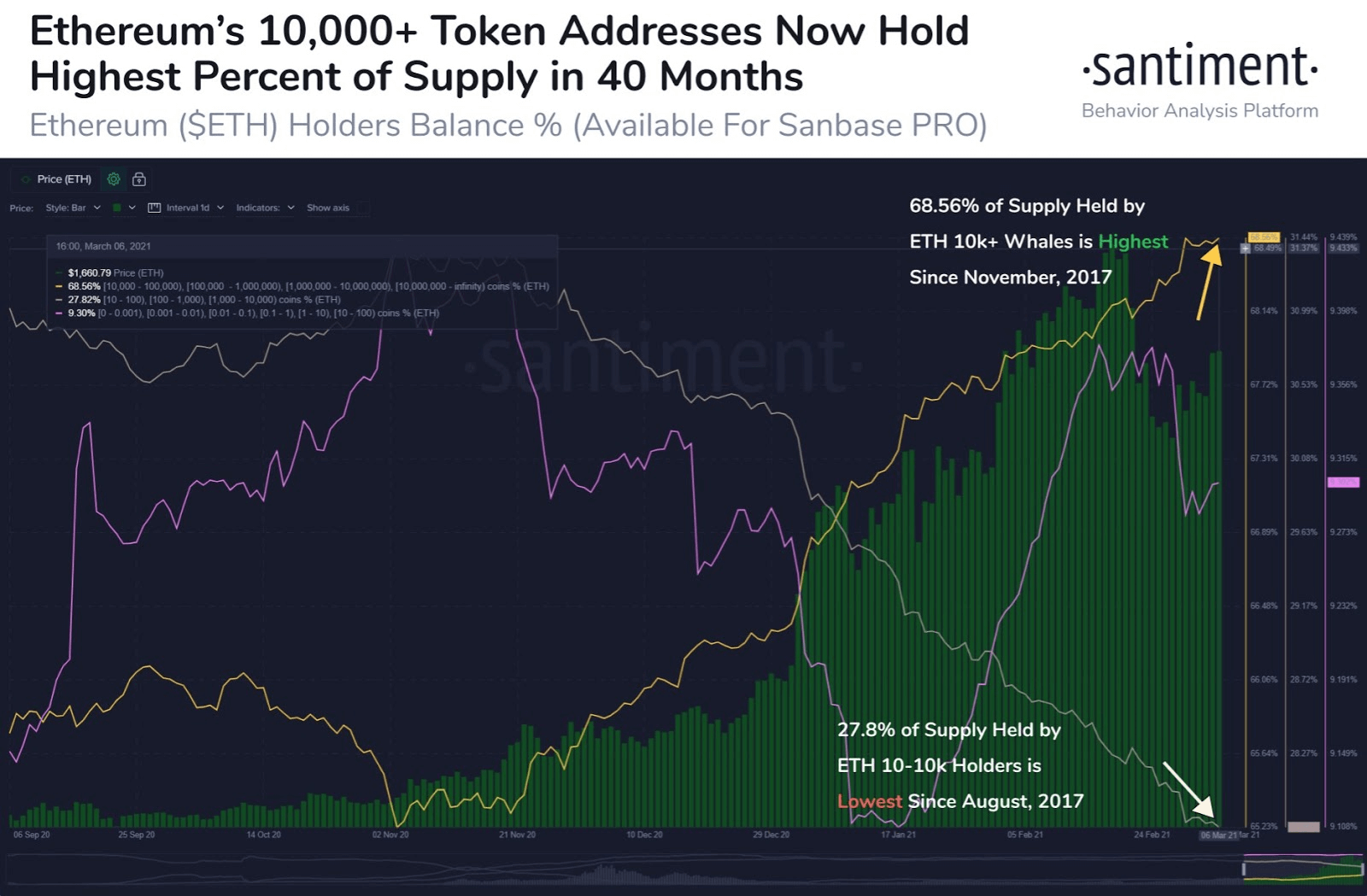 Santiment also revealed that the 10 largest Ethereum whales are snapping up the asset.

Ethereum’s top 10 non-exchange whale addresses are now holding the most combined supply of ETH tokens (16.86 million) since July, 2016. On March 1st, a single-day addition of 1.03 million tokens was added among these addresses, the highest one-day jump in 6 weeks!

With whales accumulating ETH at a rapid rate, crypto analyst Lark Davis said that he believes the second-largest cryptocurrency will soon ignite the next phase of its bull cycle.

Ethereum break out still moving along nicely. More volume would be nice, but we are now closing above resistance. $2,000 by the end of the week in play.

We expect  Ethereum price to be back near the $1,900 level following this brief correction.