Ethereum Price Analysis: ETH On Fast Track To Break Into $1,700

Ethereum price has gone up from $580 to $1,685 since December 24, nearly tripling its overall valuation. ETH has found constant support on top of the 20-day SMA and seems to be poised to reach new highs. Let’s take a closer look with technical analysis.

The bulls have remained in charge of Ethereum price for four consecutive days, during which it jumped from $1,300 to $1,688, as it makes a sharp move towards the $1,700 psychological level. The MACD shows that the market momentum is getting increasingly bullish, while the RSI is on the verge of entering the overbought zone.

The IOMAP shows that since Ethereum price is in uncharted territory, there is a lack of strong resistance levels upfront. On the downside, there is a healthy support at the 20-day SMA ($1,350). Previously, at this level, 270,000 addresses had purchased 7.45 million ETH tokens. 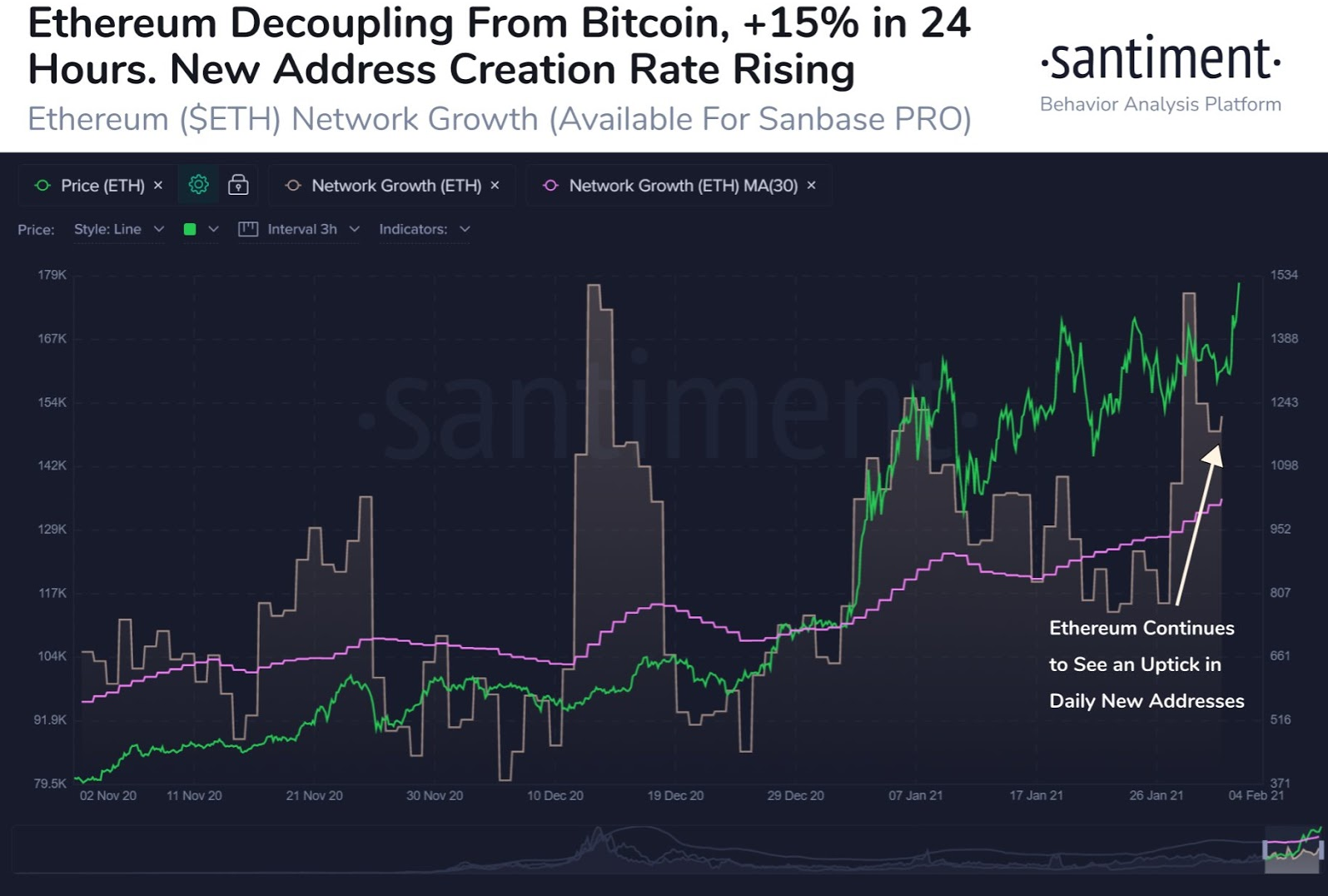 With Ethereum price charting new highs, Santiment - an on-chain analytics platform - noted that the rate at which new addresses are being created has been on an upward surge. This is generally a very bullish sign.

Grayscale Picks Up $38 Million in ETH

In a span of 24 hours recently, Ether (ETH) reached a new all-time high price, its open interest reached a record high of $5 billion and Grayscale picked up over $38 million worth of ETH. The Ethereum network is presently the most-actively used blockchain in terms of daily users and on-chain value transfer.

It appears that retail investors are not the only ones driving ETH’s price. A recent filing by Grayscale shows that its “Ethereum Trust” grew by $38 million in a day as it reopened for business.

Ninos Mansor, a partner at Arrington XRP Capital, said that some catalysts driving ETH prices upwards are the rising adoption of DeFi apps and the huge amounts of ETH locked up in “staking.” 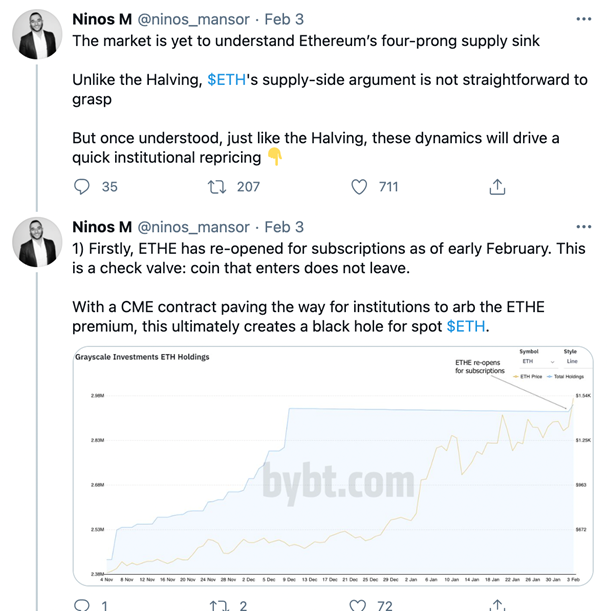 As ETH’s price rises, some traders are betting for even higher prices. Data from Skew shows that the “open interest” on Ethereum features shot up nearly 40% recently, hitting a record total of $5.4 billion. Open interest is a term used for the outstanding positions for trades taken on the asset. 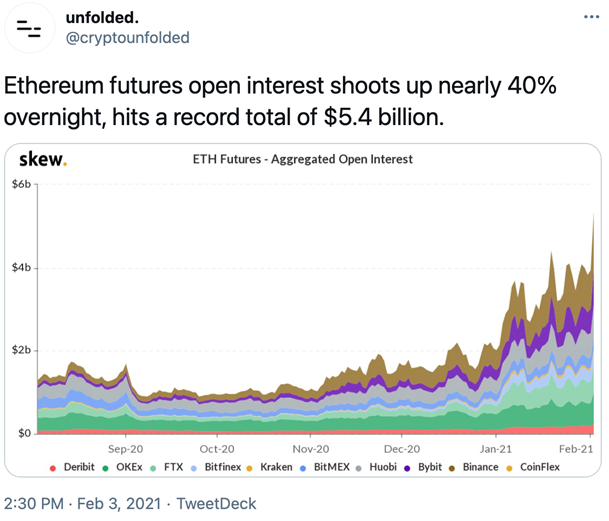 Ethereum Price is Expected To Reach These Levels

We expect the Ethereum price to reach the $1,700 psychological level, and maybe even the $1,800 zone. Since the RSI is on the verge of entering the overbought zone, we can expect ETH to have a price correction soon, before it continues to soldiers on.