Over the last seven days, the Ethereum price has flipped the 20-day SMA from support to resistance and reversed the parabolic SAR from positive to negative. Plus, the MACD shows increasing bearish market momentum.

Looking at the volatility chart over the last week, we can see that the ETH volatility was extremely high in the beginning. Lately, the volatility has decreased, so don’t expect anymore crazy Ethereum price swings. 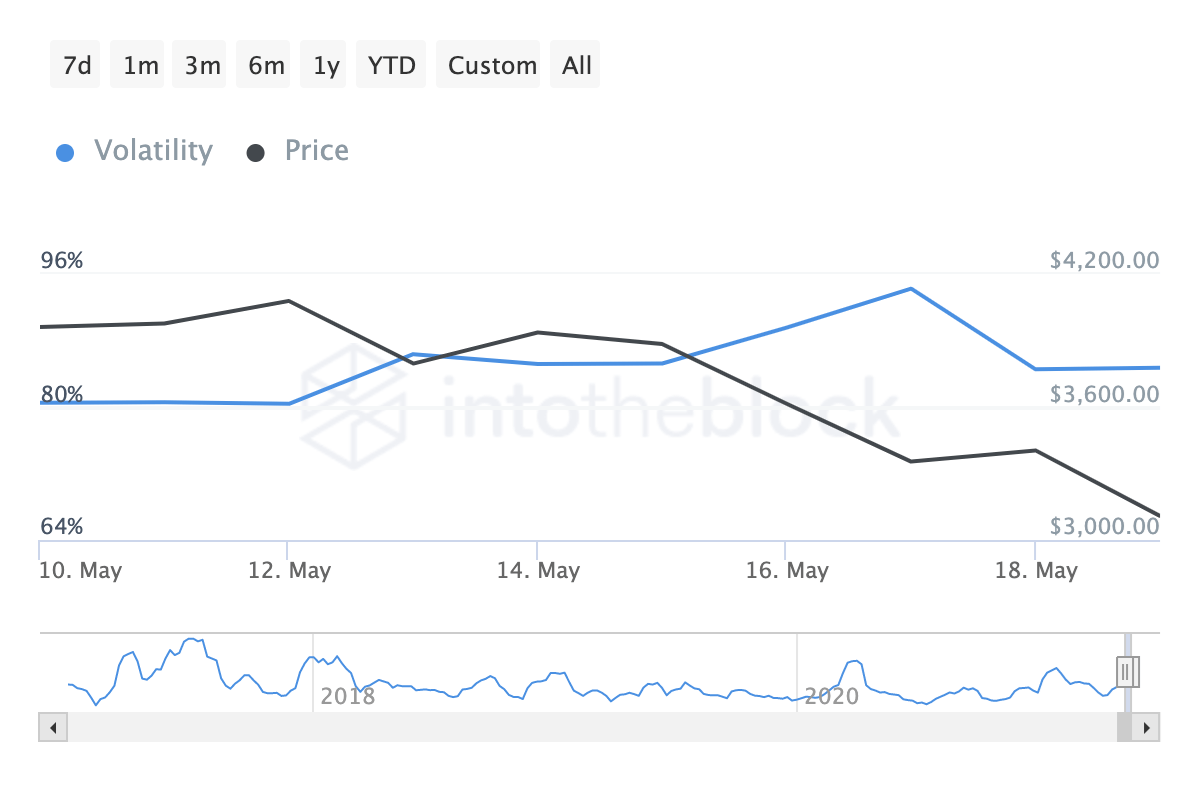 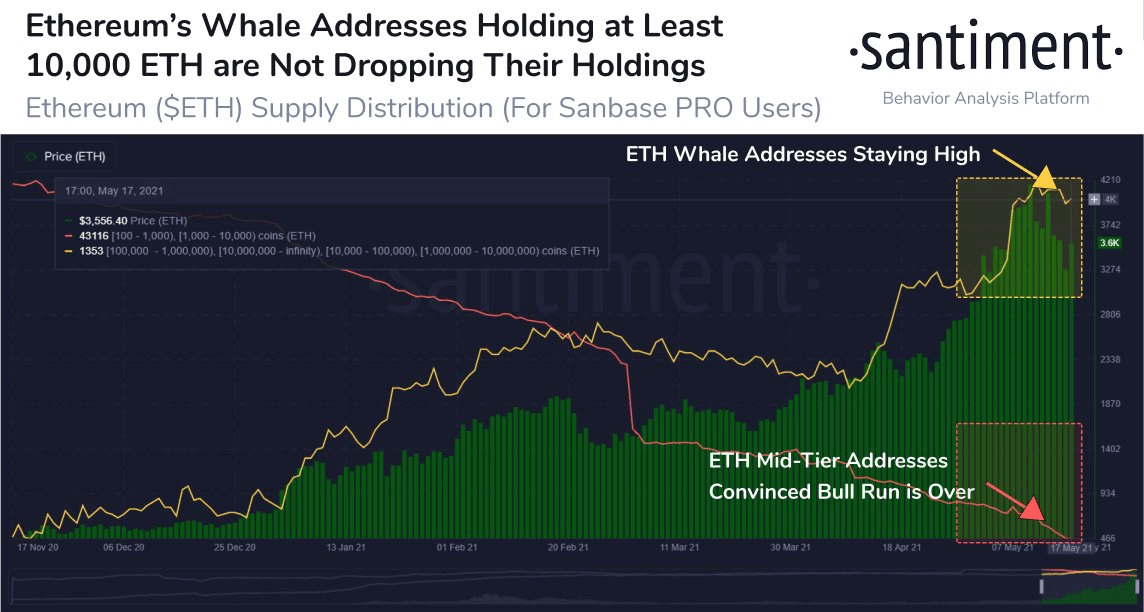 "#Ethereum's largest addresses have not budged on the recent volatility that dropped the price to as low as $3,144 today. There are just 8 less addresses with 10k+ $ETH than there were a week ago, while addresses with 100-10k $ETH are at a 3-year low."

Along with this, the ETH supply in exchanges is continually going down.

However, active addresses and active deposits are continually going down.

A survey by betting app Gamblers Pick recently found that nearly a quarter of young, new crypto investors are actively investing in meme-driven digital assets like Dogecoin. The "meme" sector, as CryptoSlate data shows, commands more than 3.43% of the entire crypto market cap.

A quarter of respondents said that they invest frequently, and only 12% said they rarely did it. On a generational level, over 28% of Gen Zers said they were constantly investing.

According to the survey, a staggering 55% of Gen Zers said they were investing majorly in the stock market against the 46% who said they paid long-term crypto bets. Interestingly, 23% said they actively invested in ‘memes’ (think Dogecoin, Shiba Inu, and others).

16% of Gen Xers said they invested in meme coins as well, while 7% of baby boomers stated they dabbled in memes. Only 9% of the surveyed participants said they made investments in digital collectibles or non-fungible tokens (NFTs), with other generations investing even less - 7% for millennials, 2% for Gen Xers, and 3% for Baby Boomers.

The Ethereum price will continue to slump under the negative market momentum and drop towards the $3,000 support narrier. A further break will take it to the 50-day SMA($2,765).