Ethereum recoiled toward $3,000 after testing support at $1,950. However, overhead pressure at the 200 Simple Moving Average (SMA) blocked the bullish strikes, culminating in the ongoing correction. Ether trades slightly above $2,700 amid rising selling pressure. Despite massive speculation for an upswing to $4,000, recovery is limited, perhaps due to the weak on-chain front. 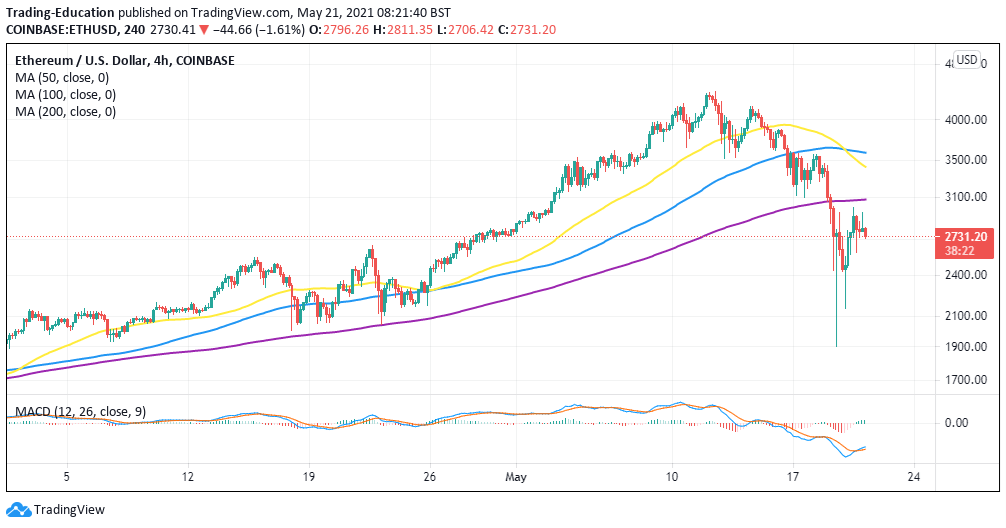 The number of unique addresses joining the Ethereum protocol has dropped massively since the 30-day high of roughly 265,000 recorded on May 11. Nearly 145,000 addresses joined the network on May 20, representing a 45% decline.

According to Santiment, falling network growth is a bearish signal because the regular inflow and outflow of tokens are interrupted, making it difficult for bulls to sustain the uptrend. With fewer addresses coming into the network, speculation goes down too.

The number of active addresses has also spiraled in the same period. From a 30-day high of approximately 815,000 addresses interacting on the protocol per day, Ethereum currently records an average of roughly 650,000. In other words, network activity is lagging, explaining the sluggish price action. Bulls are bound to have a hard time sustaining the uptrend amid dropping levels of speculation.

IntoTheBlock's In/Out of the Money Around Price (IOMAP) on-chain metric reveals an immense resistance ahead of Ether. This robust resistance zone runs from $2,908 to $2,989. Here, around 128,000 previously bought roughly 6.9 million ETH. Trading above this crucial zone will not be a walk in the park; hence, delays are expected.

On the other hand, support areas are not as strong, suggesting an increase in overhead pressure could result in another downswing to $2,000. However, the model directs our attention to the zone between 2,578 and $2,659.

Here, approximately 324,000 addresses previously bundled up 3.5 million ETH.  The buyer congestion zone here is quite inferior compared to the massive hurdle. Therefore, the least resistance path could remain downward in the near term.