Since the beginning of this month, the Ethereum price has been stuck between $2,645 and the 50-day SMA. Prior to that, Etherteum had crashed from $4,200 to $2,092 between May 12 and May 23. Let’s take a closer look with technical analysis

On May 27 and June 3, the Ethereum price failed to cross the 50-day SMA twice. In the latest instance, ETH crashed from $2,850 to $2,720 and flipped the $2,750 line from resistance to support. The MACD shows sustained bullish market momentum, while the parabolic SAR indicates that the current market sentiment is positive.

According to the IOMAP, the Ethereum price faces immediate support at the 20-day SMA ($2,585).  Previously, at this level, nearly 470,000 addresses had purchased over 11 million ETH tokens. 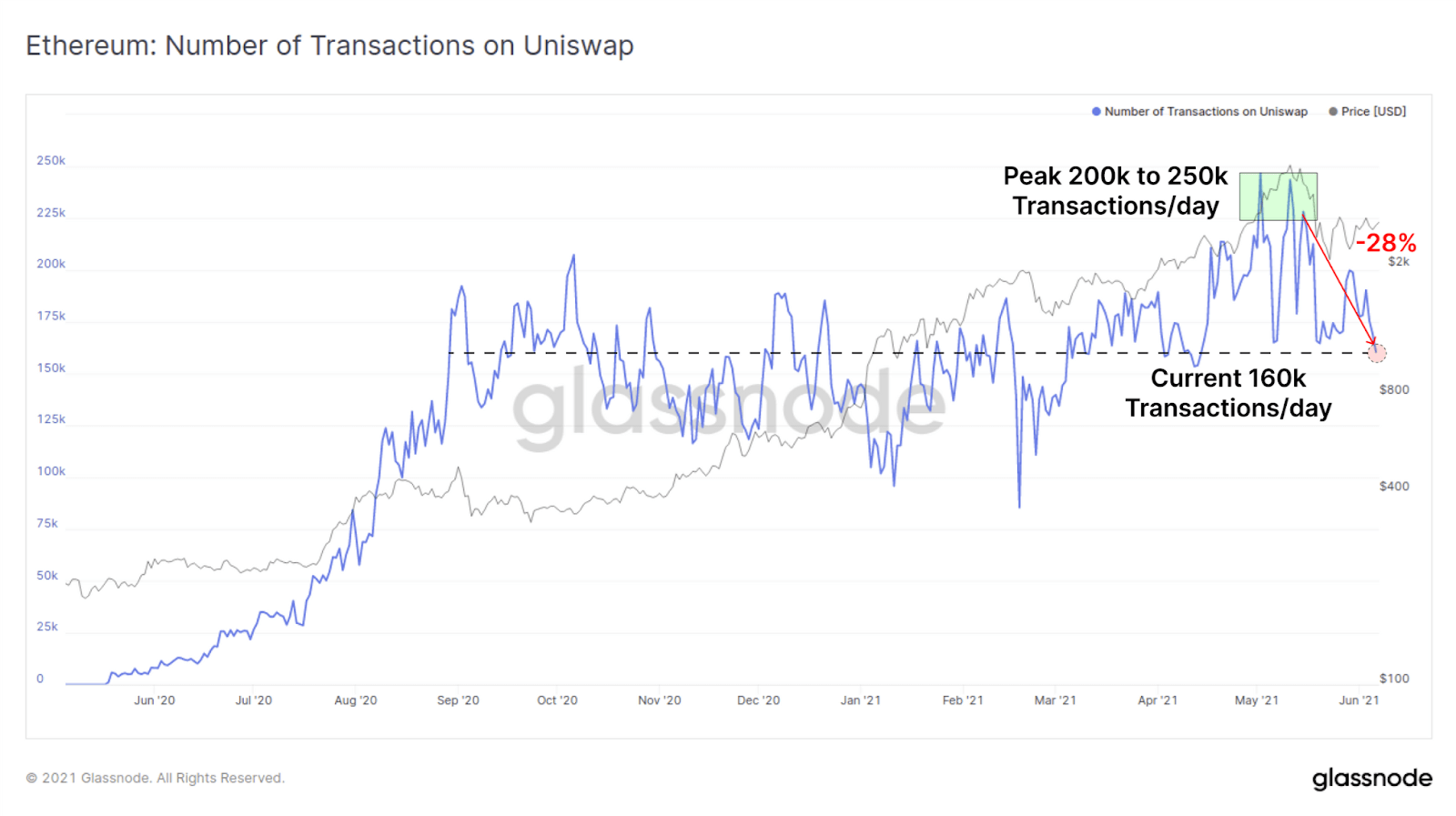 "The number of daily Uniswap trade transactions has fallen by 28% since peaking in mid-May suggesting a slowing of demand for tokens. The daily transaction count for Uniswap has returned to its long term baseline of around 160k trades/day which has held since September 2020 amidst 'DeFi Summer'."

The following observations were taken from Glassnode and CryptoQuant. 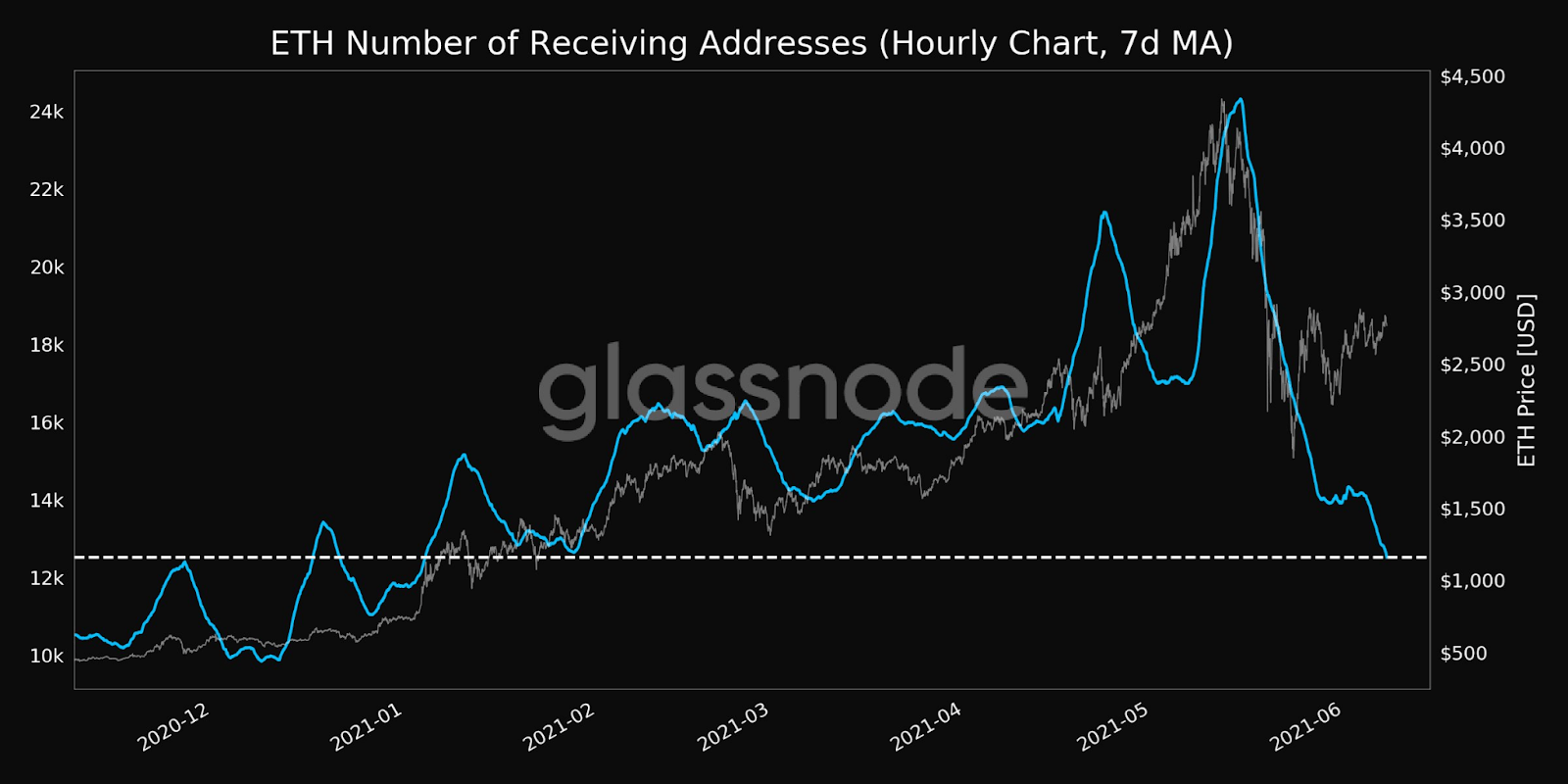 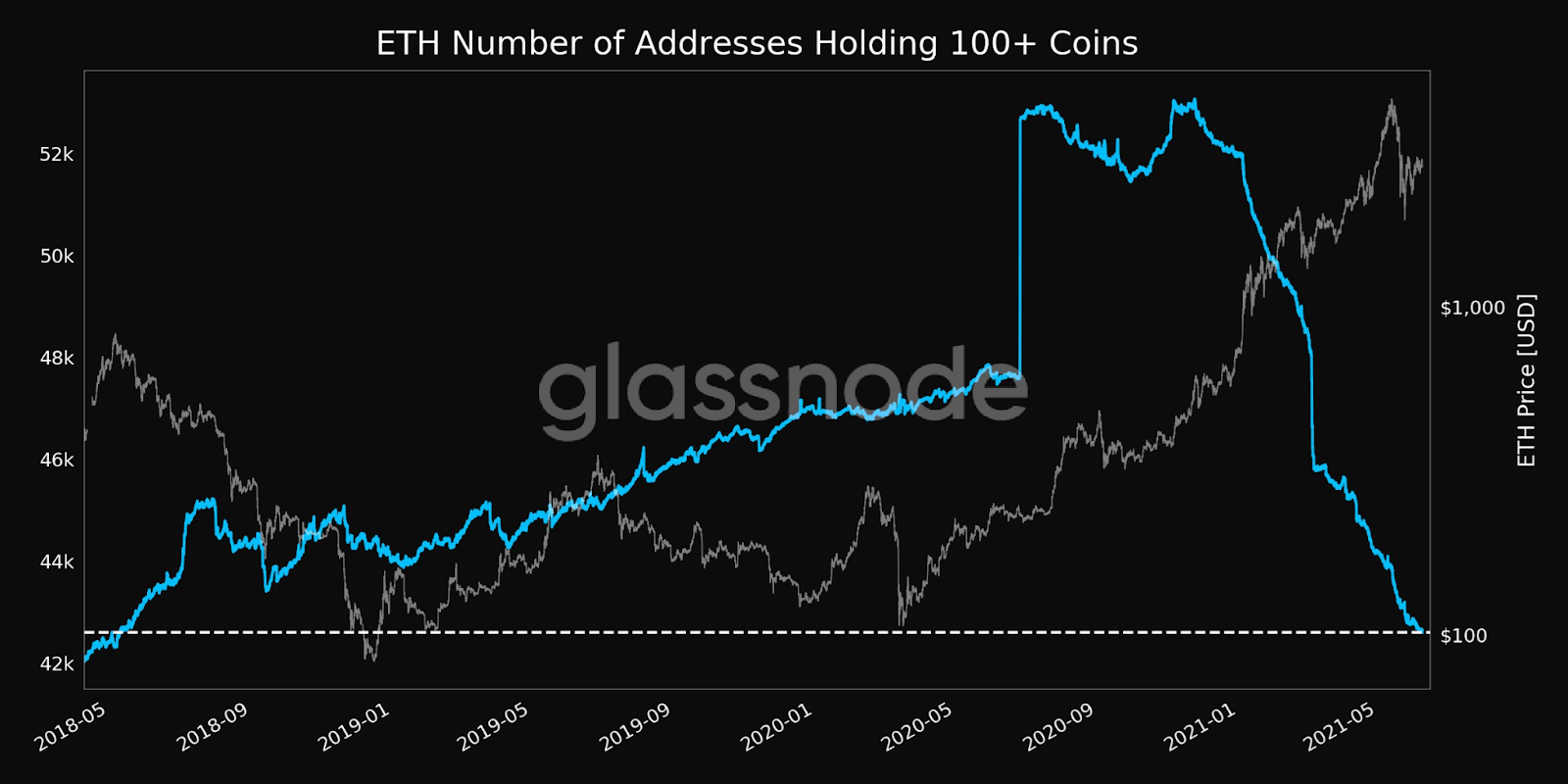 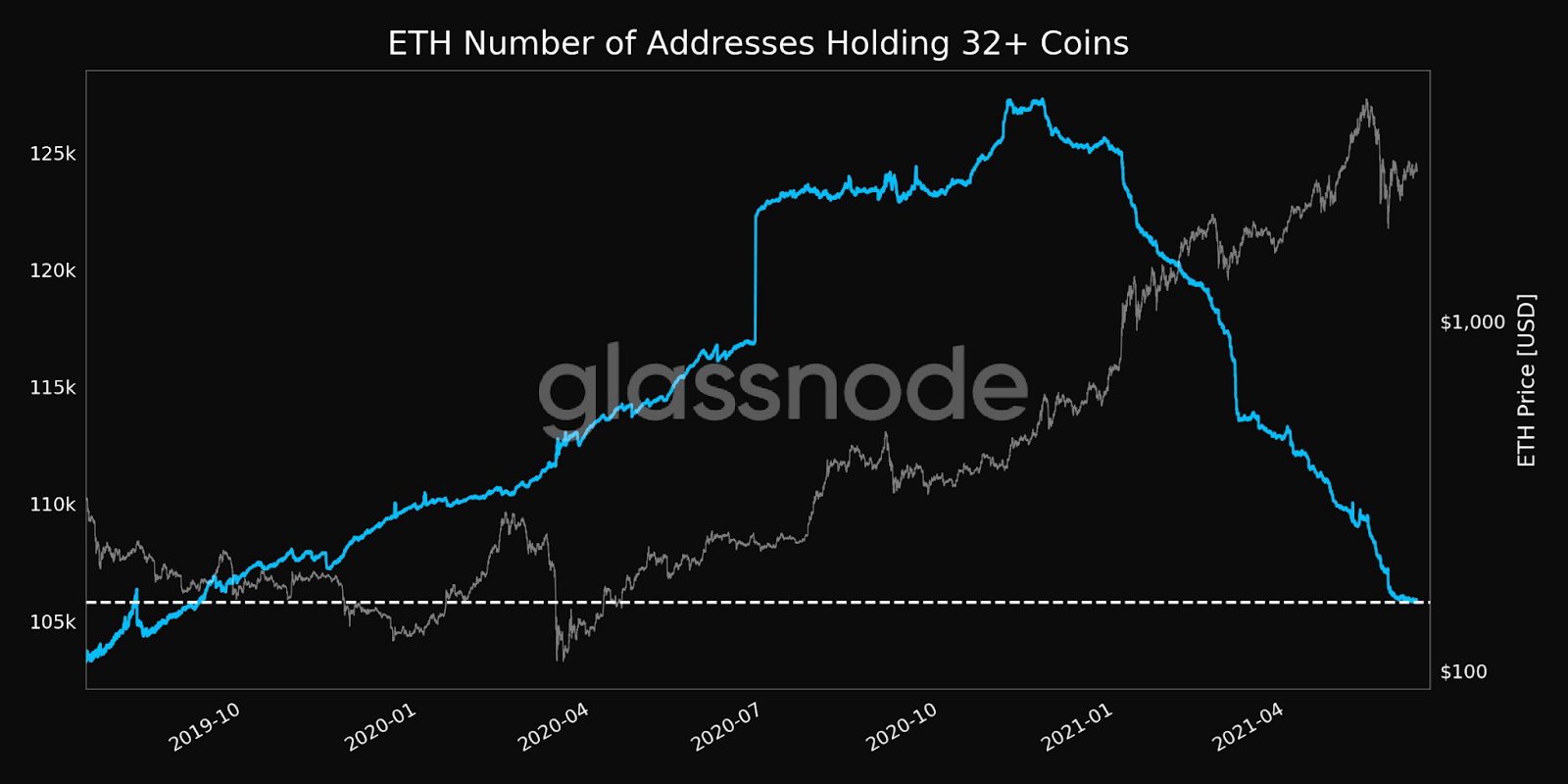 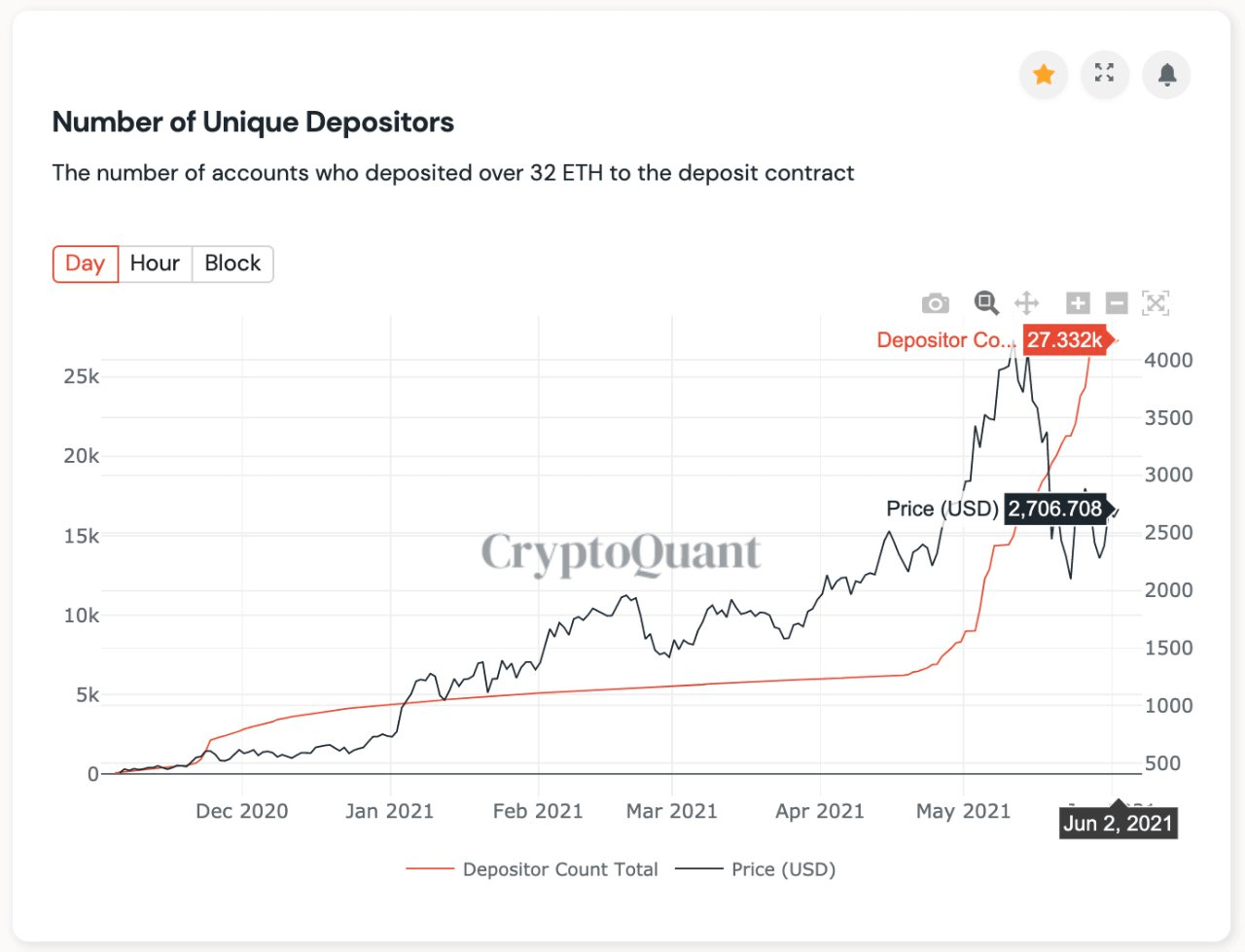 Ethereum Usage Cheaper Than Ever Before 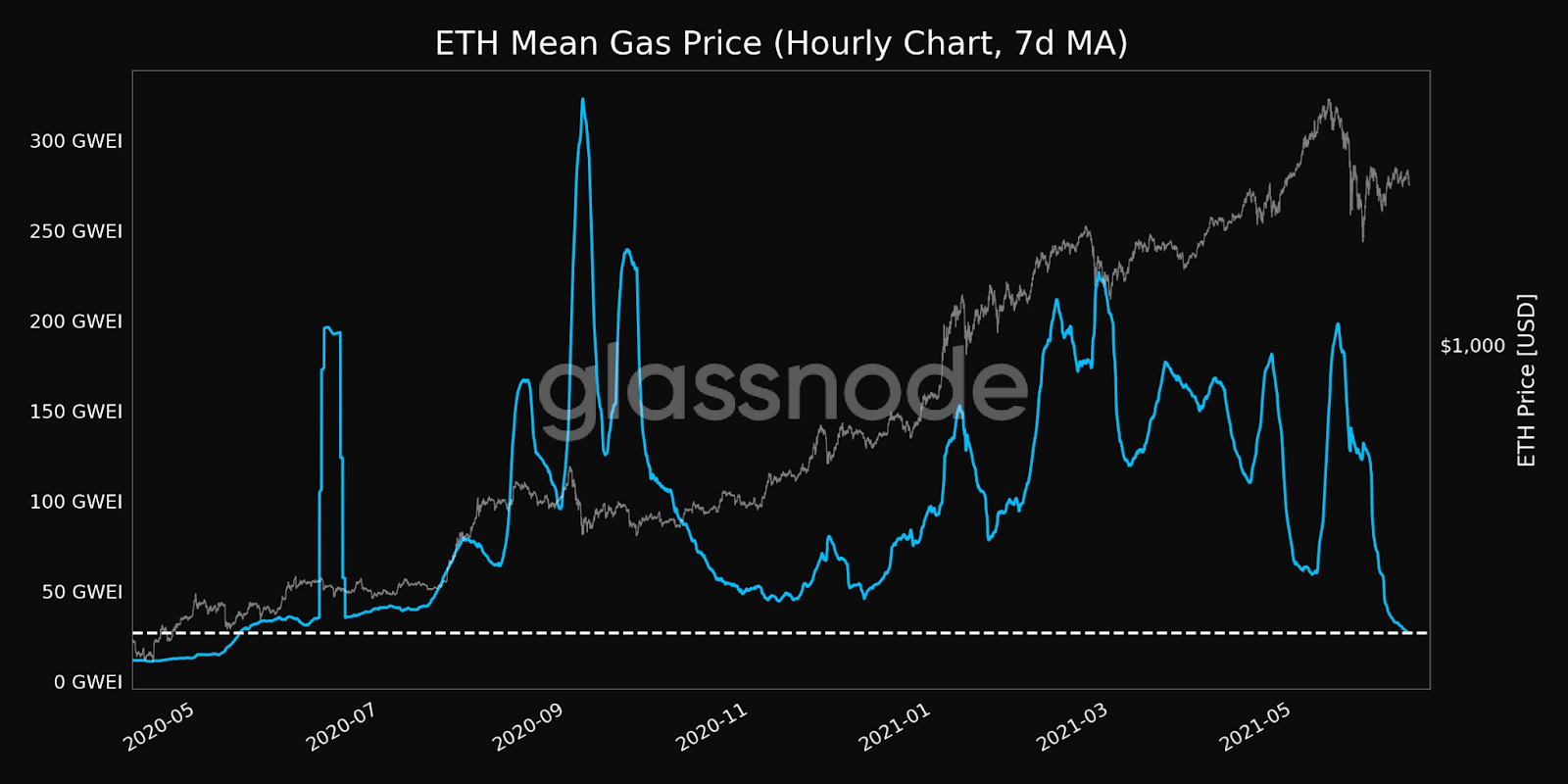 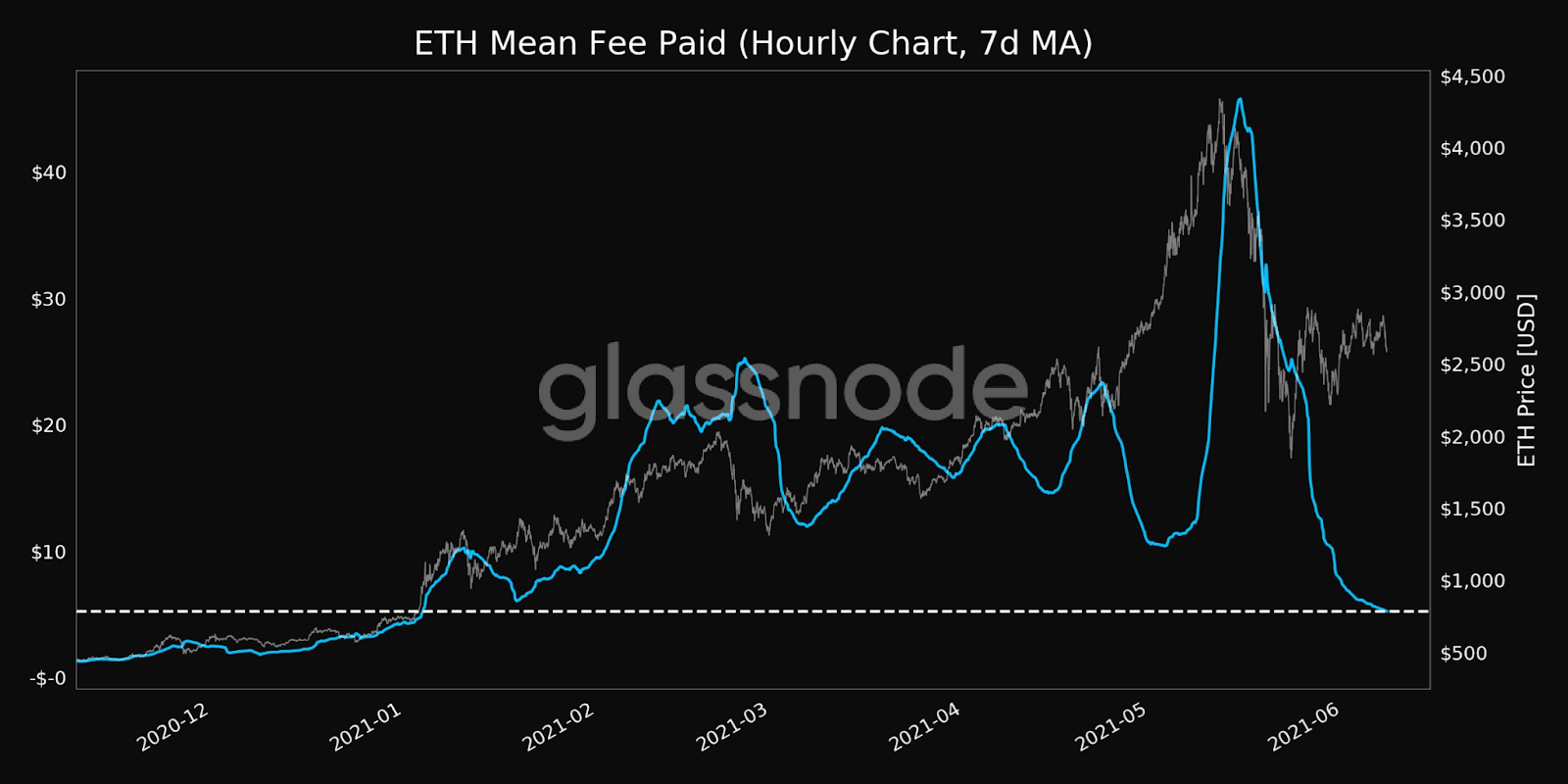 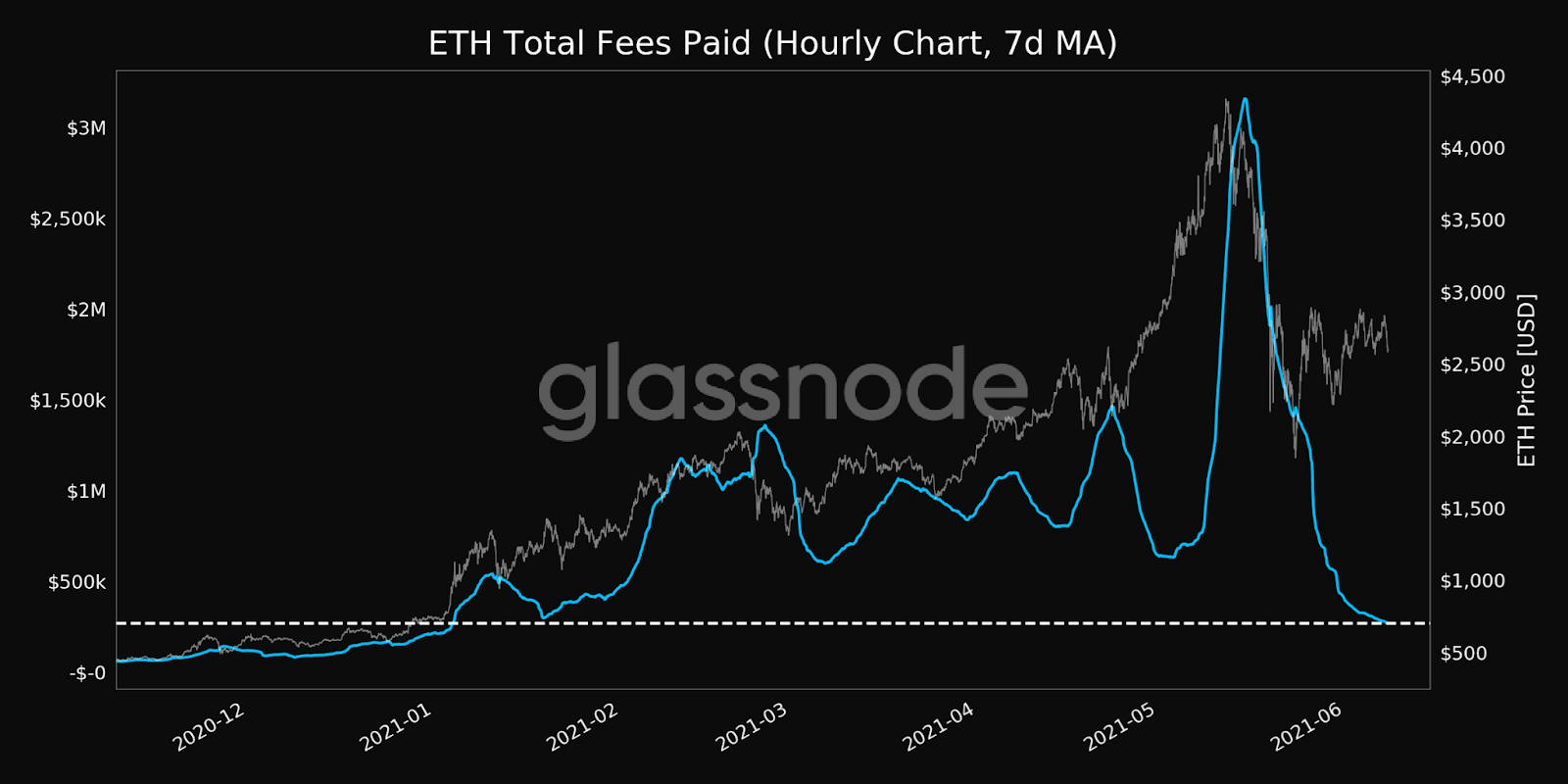 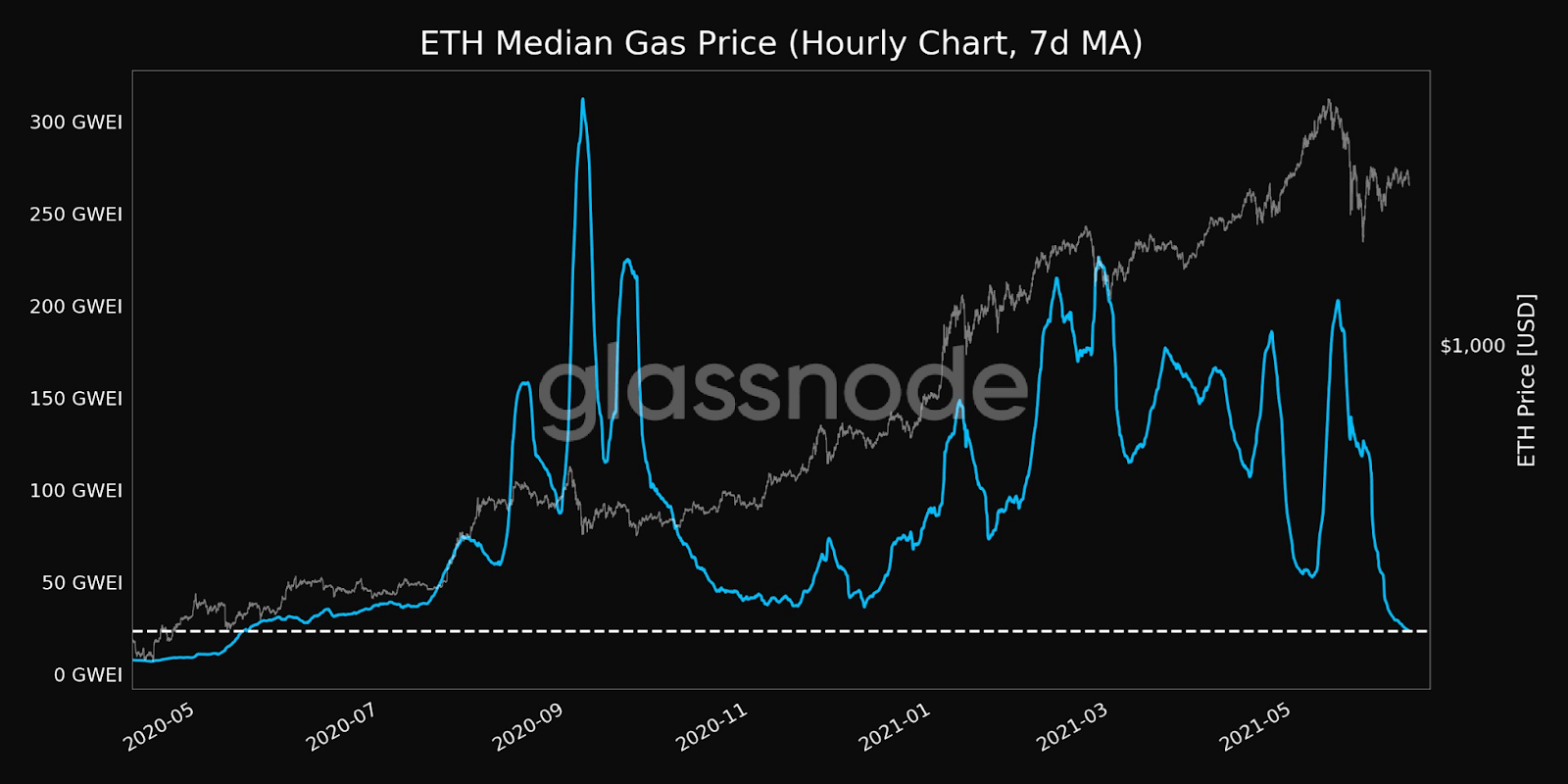 An Ethereum Node Is now at the International Space Station

On June 5, NASA tweeted to confirm that Dragon contact and capture had taken place at 09:09 UTC.

Contact and capture are confirmed at 5:09am ET. @SpaceX's cargo Dragon has arrived at the @Space_Station, delivering over 7,300 pounds of @ISS_Research, equipment, supplies, and new roll-out solar arrays for the orbiting lab.

SpaceChain is “building an open and neutral infrastructure for the New Space Economy by integrating space and blockchain technologies”. Its goal is to remove barriers and allow a global community to access and collaborate in space. The firm also offers space-as-a-service for modern businesses, enabling companies to explore the great potential of space and blockchain.

According to SpaceChain’s blog post, this mission was made possible by Nanoracks and its Space Act Agreement with NASA. It marked “SpaceChain’s fourth blockchain payload launch into space and the first demonstration of Ethereum technology integration into its hardware on ISS.

It added Nexus Inc. is the first SpaceChain customer to have direct access to this service. Nexus is “a technology-enabling and innovative company focusing on the development of the blockchain industry”.

We are thrilled in bringing the Ethereum platform to space and validating why a decentralized satellite infrastructure created with space technologies is vital to realizing the full potential of blockchain applications. We launched a payload for bitcoin back in 2019 and today we are launching our second-generation payload with Ethereum.

The blog post added that once installed, tested, and activated, the space node will enable SpaceChain customers to further enhance their blockchain capabilities for enterprise business and fintech applications. It would also allow them to perform highly secure on-orbit Ethereum multisignature transaction services, with data uplinked and downlinked directly through a dedicated space encrypted communication network.

The Ethereum price needs to conquer the $2,750 resistance barrier and then potentially take down the 50-day SMA.