Over the last two days, the Ethereum price has been hovering around $2,530 as the buyers failed to keep ETH above the 20-day SMA. As you can see, the bears have taken control of the market for two straight days following three bullish sessions.

Looking at IntoTheBlock’s IOMAP, we can see that the Ethereum price has healthy support at $2,500. Previously, at this level, 640,000 addresses had purchased over 10 million ETH tokens. 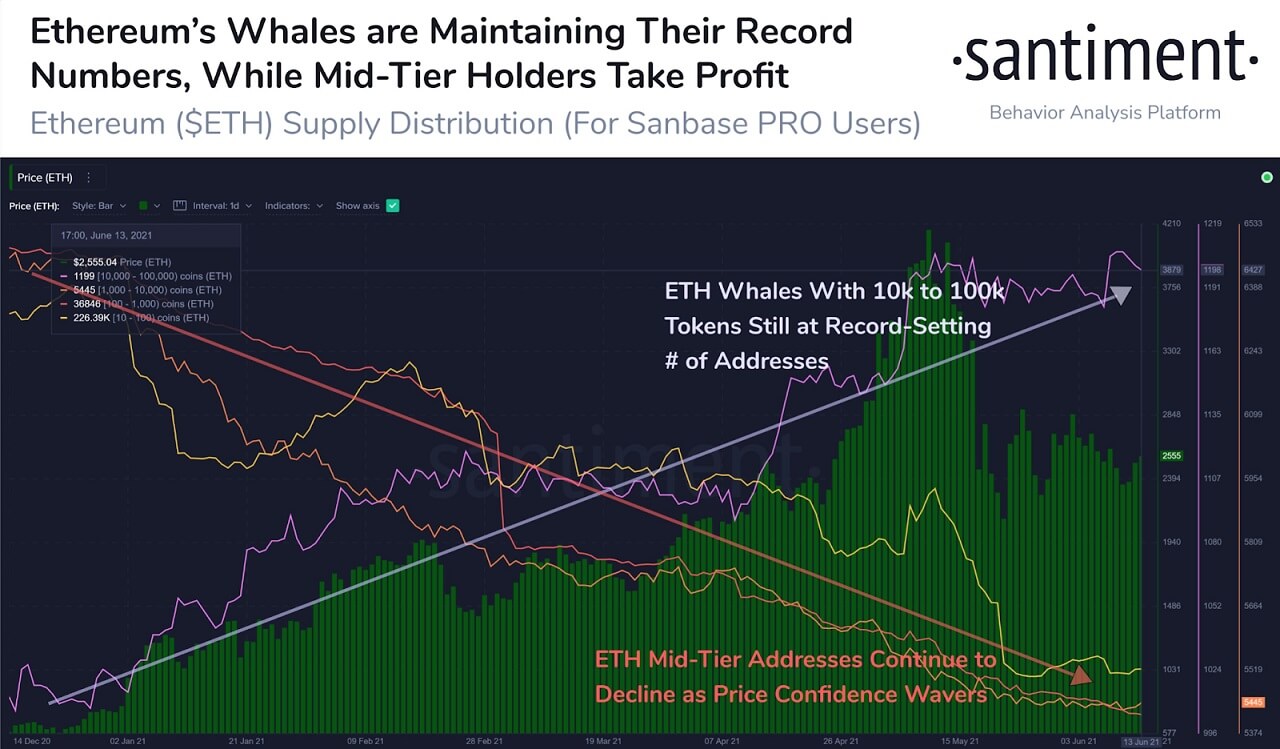 "With #Ethereum rebounding above $2,600 earlier today, we see that the long-term growth rate of $ETH whale addresses with 10k to 100k tokens is staying near #AllTimeHighs despite the dropoff from May. Meanwhile, addresses with 10-10k continue falling." 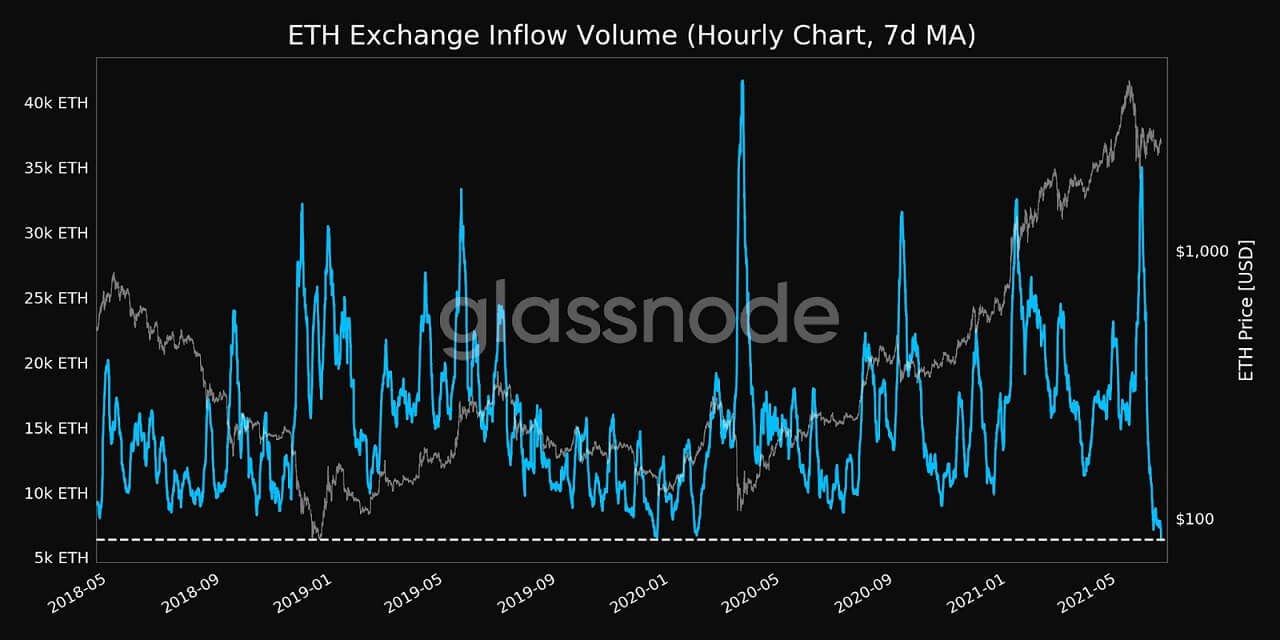 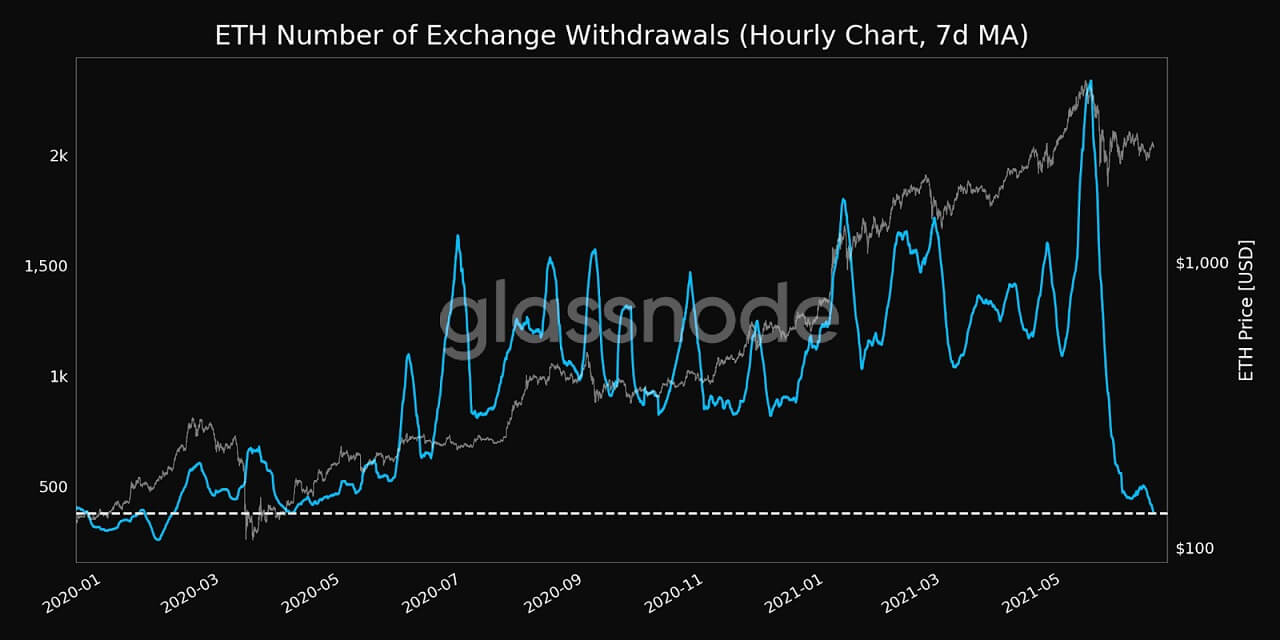 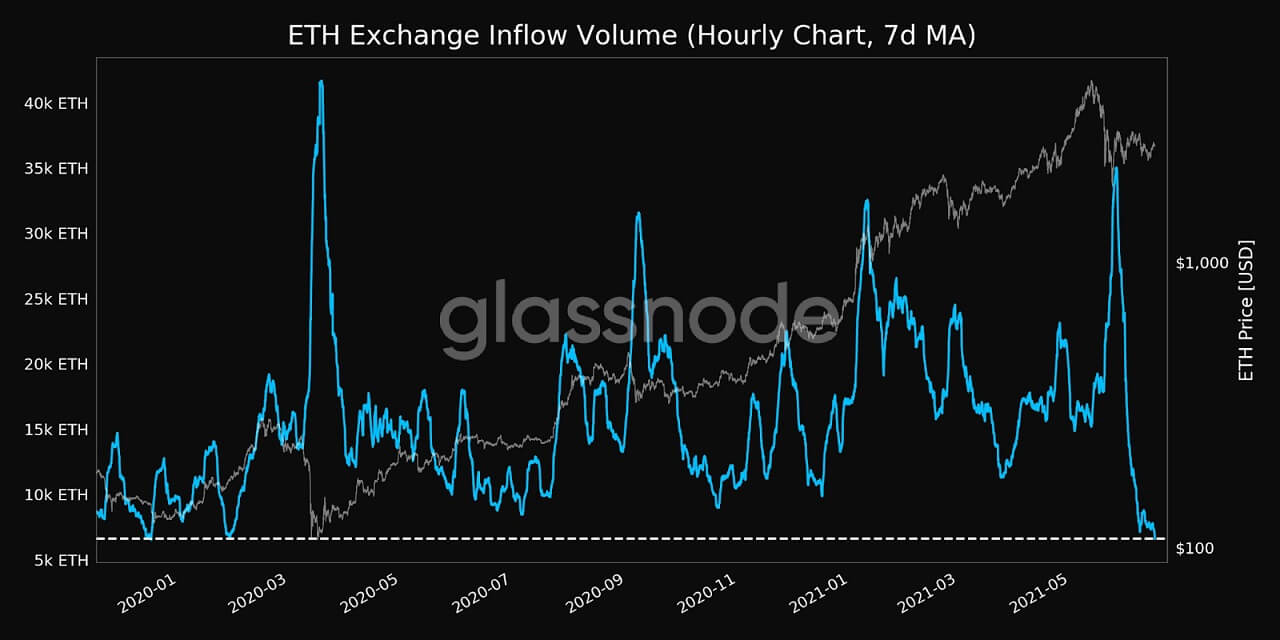 Ethereum Improvement Proposal (EIP) 1559, the fee-burning Ethereum upgrade, is set to have its first testnet block on Ropsten on June 24, at block number 10499401. Tim Beiko, the Ethereum 1.0 coordinator, said:

With all clients comfortable with their 1559 implementation, we agreed it made sense to set testnet blocks now. Some of the JSON RPC changes mentioned at the beginning may come after the testnet forks, but all the consensus-related changes for 1559 are ready to go!

A week after, the Proof of Authority (PoA) Goerli testnet is to be forked at block number 5062605 on June 30, followed by a further fork of Rinkeby on July the 7th. If everything goes as planned, the process of upgrading the live network will begin soon. Beiko added:

The mainnet block will be chosen after we see testnets forking smoothly, and hence will require another client upgrade.

If the testnet does not cause any potential delays, then the fee-burning upgrade is now at the final stages before a live launch. EIP1559 changes the current algorithm to set fees at such a level that there is 50% extra capacity, with it setting a base fee that is burned.

The upgrade itself also doubles the gas limit, adding a bit of capacity to the Ethereum network. The fee burning further potentially reduces the total supply during highly congested periods at a rate of about $50 million a day. So, affecting both the network and Ethereum as an investment asset, the upgrade now just weeks away.

The Ethereum price is now going to keep trending horizontally between the $2,500 support and the 20-day SMA.