This Monday, the Ethereum price bounced back into the $2,000 zone having bounced up from the 200-day SMA. However, the MACD shows sustained negative momentum so a further drop is expected. The TD sequential detector shows that ETH could drop for one more session before flashing red-nine candlestick (buy signal).

Looking at IntoTheBlock’s IOMAP, we can see that the Ethereum price has healthy support at 200-day SMA ($1,875). Previously, at this level, over 400,000 addresses had purchased almost 3.15 million ETH tokens. 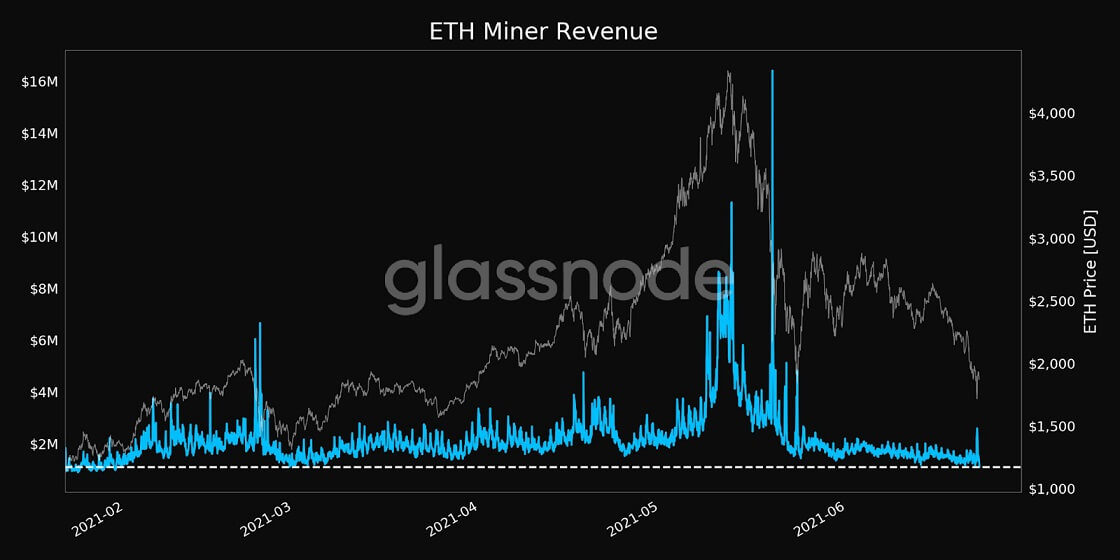 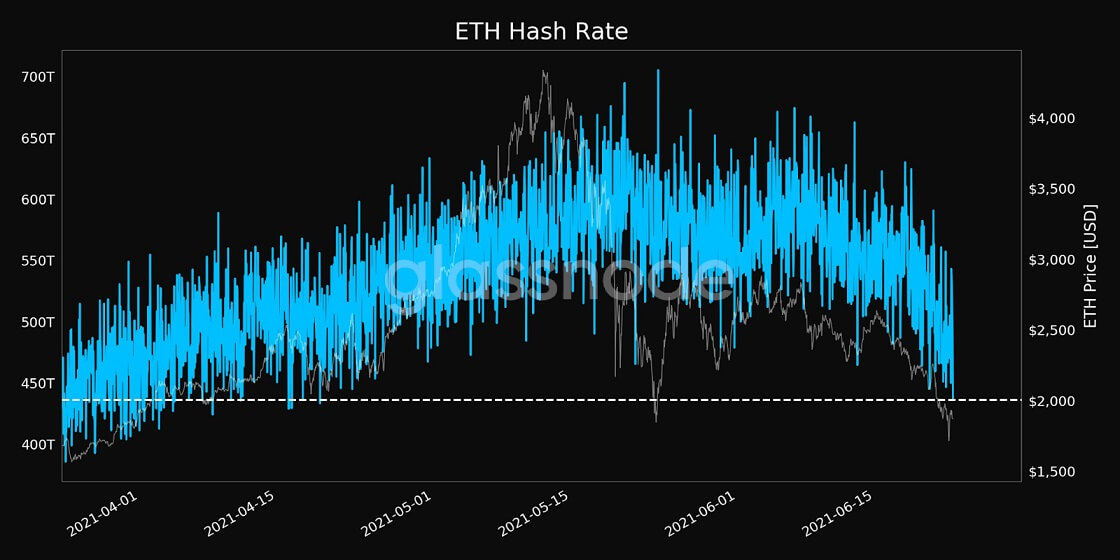 Ethereum Gas Fees Revenue At Lowest Level in a Year

Ethereum has recently seen its infamously high fees decline significantly. Miner revenue from transaction fees has dropped by over 85% from 15,000 ETH per day a little over a month ago, according to a new report from Glassnode. The seven-day average was recently recorded at 1,900 ETH. Glassnode said:

We have to look as far back as June 2020, before "DeFi Summer," to find similar levels of transaction fees paid.

In June 2020, DeFi protocol Compound released its COMP governance token and spurred demand for products that allowed people to lend, borrow, or swap assets without any financial intermediary. Many DeFi protocols use Ethereum's infrastructure, increasing the popularity of the network while also driving up congestion.

According to an earlier Decrypt report, there is more space available now because DeFi activity has waned. Glassnode wrote on June 7 that "the recent month has been a historically large decline."

In June 2020, $1-2 billion in value was floating around on Ethereum-based DeFi protocols, per data from DeFi Pulse. That number, known as "total value locked" (TVL), has risen to over $50 billion today. But TVL was as high as $86 billion on May 11, the day after Ethereum reached an all-time high exchange price of $4,165 on May 10.

After Ethereum fell to below $2,000, the network's miners, who process the transactions on the platform, are being hit by a double whammy of lower fees and lower exchange rates.

If the 200-day SMA support breaks for Ethereum price, it will drop to the $1.800 psychological level.