The Ethereum price gained $425 between June 26 and July 3, wherein it climbed from $1,800 to $2,225. Due to this jump, ETH flipped the parabolic SAR from negative to positive. Following this climb, ETH hovered horizontally between the $2,200 support wall and the 50-day SMA till July 6.

Looking at IntoTheBlock’s IOMAP, the Ethereum price has immediate resistance at $2,200. Previously, at this level, over 920,000 addresses had purchased almost 10.5 million ETH tokens. 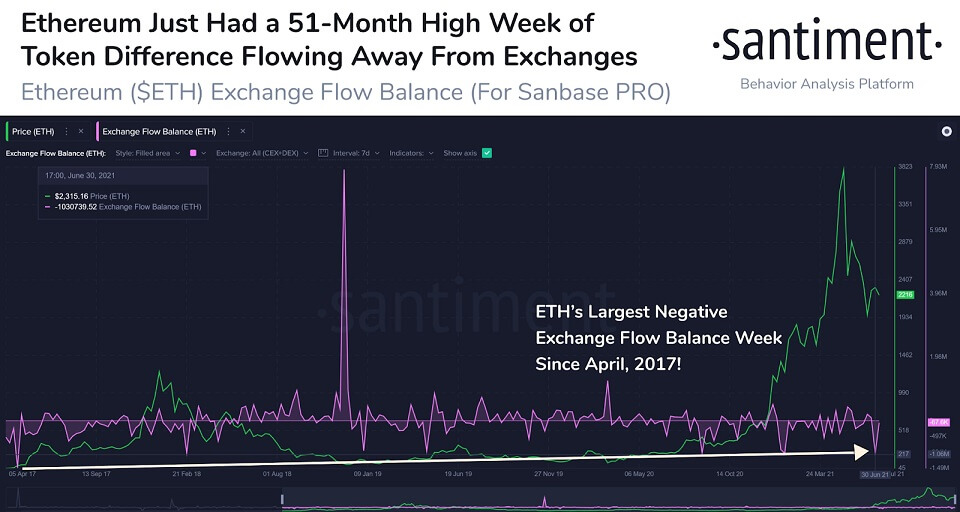 “In spite of #Ethereum's price, holders of #crypto's #2 coin are moving assets away from exchanges for safe keeping. Our Exchange Flow Balance metric shows that July's 1st week had the largest amount of $ETH moving off exchanges vs. on since April, 2017.” 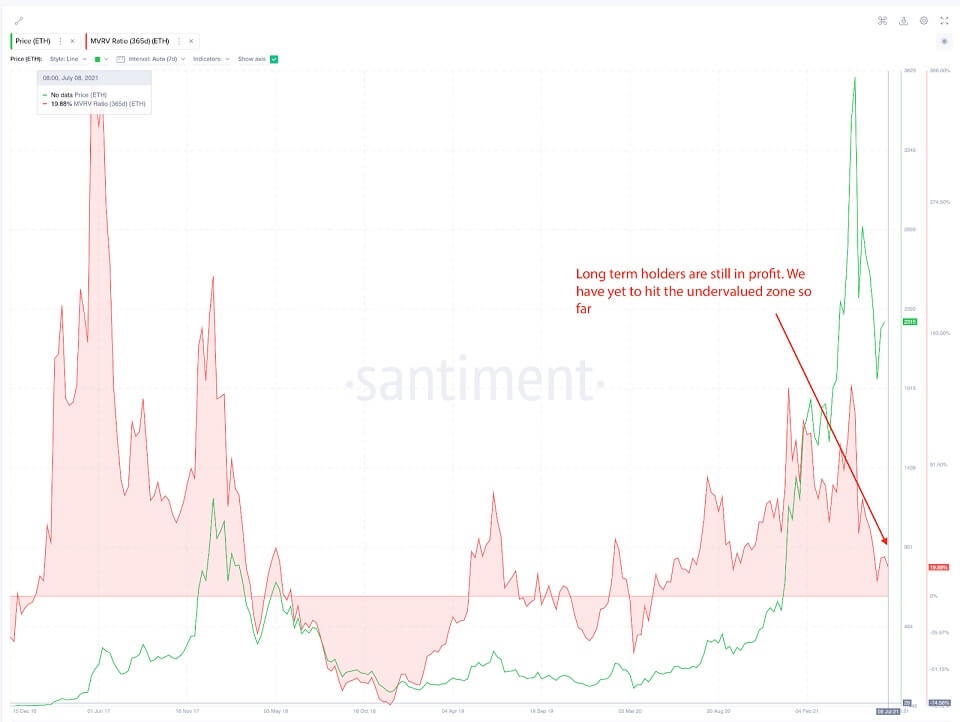 “Looking at the long-term holders, MVRV 365D, is showing that they are pretty much still in profit and not feeling any pain at the moment. So far, we have not hit the undervalued zone (below 0%), which is a worrisome sign of more possible pain to come.” 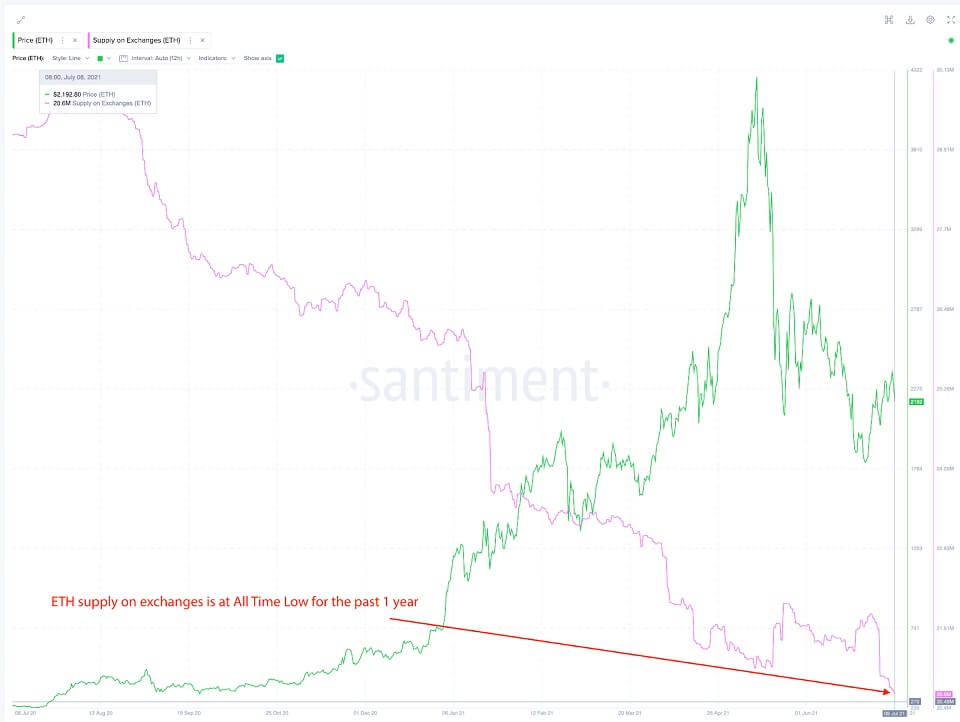 “ETH supply on exchanges hit its lowest levels in 1 year. While this may indicate less sell pressure, it's important to note that back in 2017/18's cycle, we saw similar drop as well until the market realized that "it's all over for ETH now" and started to flood the exchanges.” 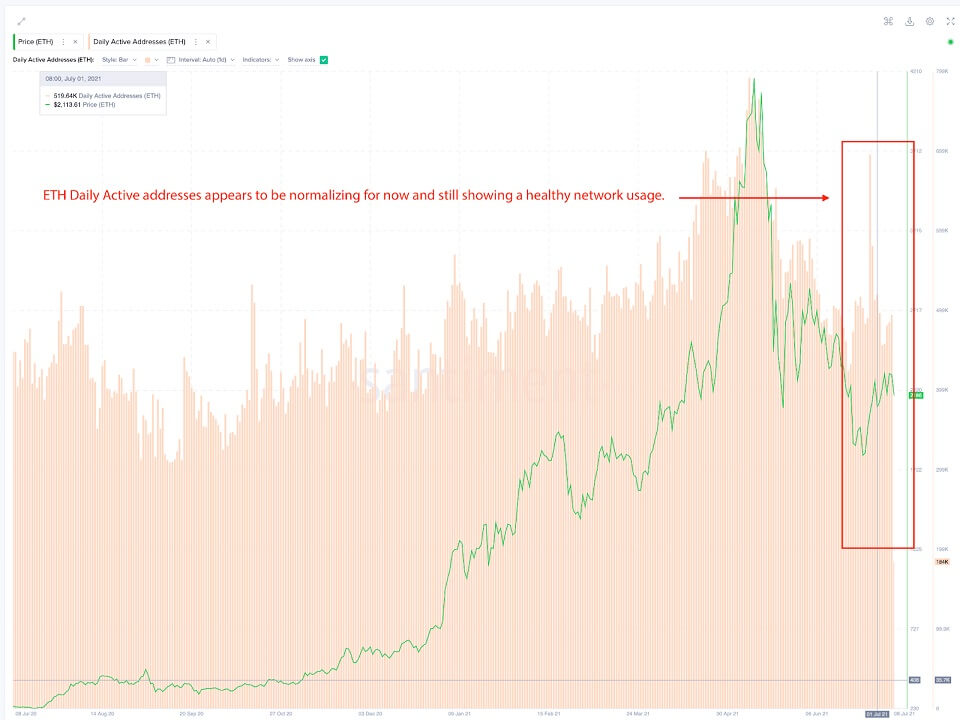 “Following the drop in May, ETH daily active addresses have taken a tumble as well (-37%) but appears to be normalizing, this is generally showing signs of a healthy network. Further gradual increase in DAA would be encouraging but it's still too early to say.”

Having bounced up from the 20-day SMA, the Ethereum price will attempt to retest the $2,200 resistance barrier.