Ethereum price dropped from $1,725 to $1,585 after flashing the sell signal in the TD sequential indicator, in the form of a green-nine candlestick. This Friday, ETH reached an all-time high of $1,751 but has since dropped below the $1,700 and $1,600 psychological levels.

The Ethereum price is under complete bearish control as ETH makes its way towards the $1,550 support line. The relative strength index (RSI) was on the verge of entering the overbought zone, and is now hovering around 61.

The IOMAP tells us that Etherem price has two moderate support levels on the downside at $1,550 and the 20-day SMA ($1,420). On the upside, the strongest resistance is at $1,650 wherein 11,450 addresses had previously purchased a little less than 7.25M ETH tokens.

As things stand, ETH is trending between the 20-bar and 50-bar SMAs.

Ethereum's fees have finally dropped after reaching its all-time high on $1,751. The ETH average fees were sitting at their own all-time high of $25.23. But with this average roughly halving back to $13.72, circulation is less likely to be stagnant due to high costs. 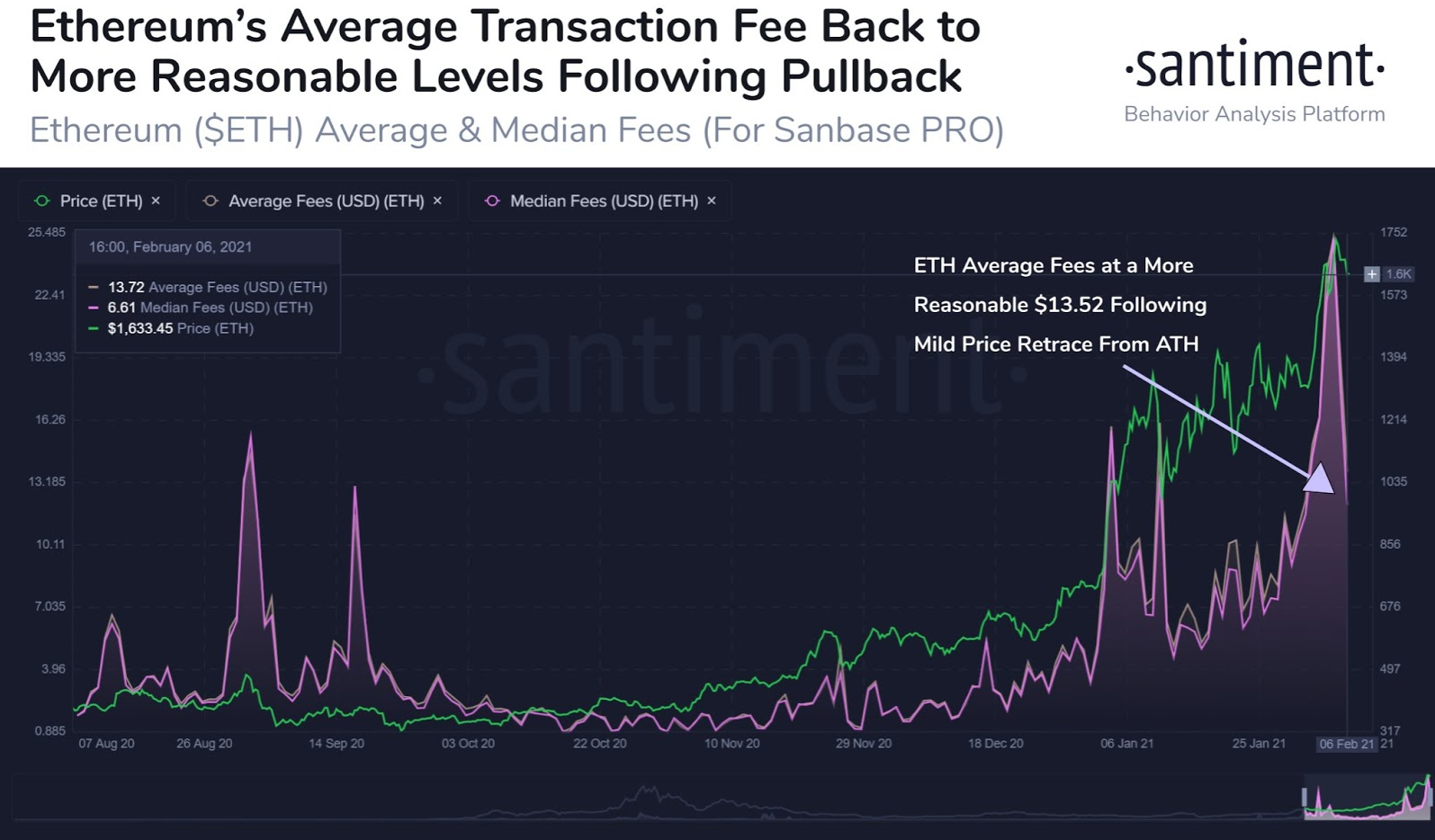 Wells Fargo and Morgan Stanley's total market cap is $134.5 billion and about $103.4 billion, respectively. Payments company American Express has a valuation of $93.5 billion. Market capitalization measures the total value of all tokens (or a business’s shares) in existence at the prevailing market price. 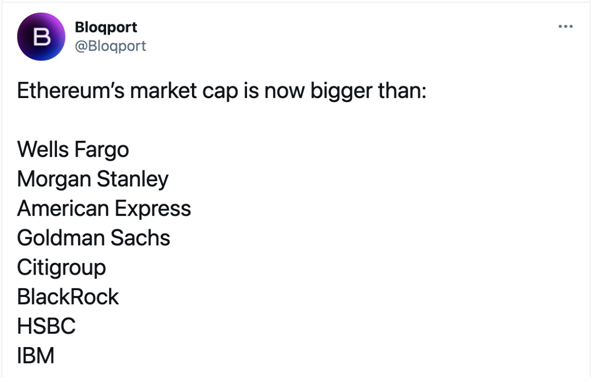 After crossing the recent $1 trillion mark, several projects in the crypto space have reported new all-time highs daily. For instance, Binance Coin (BNB) recently surged by over 25% to set an all-time high of $75.50. As a result, the digital asset became the seventh-largest digital asset by market cap, ahead of Litecoin (LTC).

Cryptocurrencies have drawn massive institutional attention in recent times. Companies like Grayscale Investments and MicroStrategy are continuing to scoop up Bitcoin. Both entities now collectively own billions of dollars worth of crypto.