On May 3, the Ethereum price failed at the 50-day SMA and dropped from $2,850 to $2,720 over the next four days. As things stand, ETH is presently sitting on top of the 20-day SMA. Both the MACD and parabolic SAR tells us that the current market sentiment is positive.

According to the IOMAP, the Ethereum price faces immediate resistance at the $2,750 line. Previously, at this level, nearly 573,000 addresses had purchased over 3 million ETH tokens. 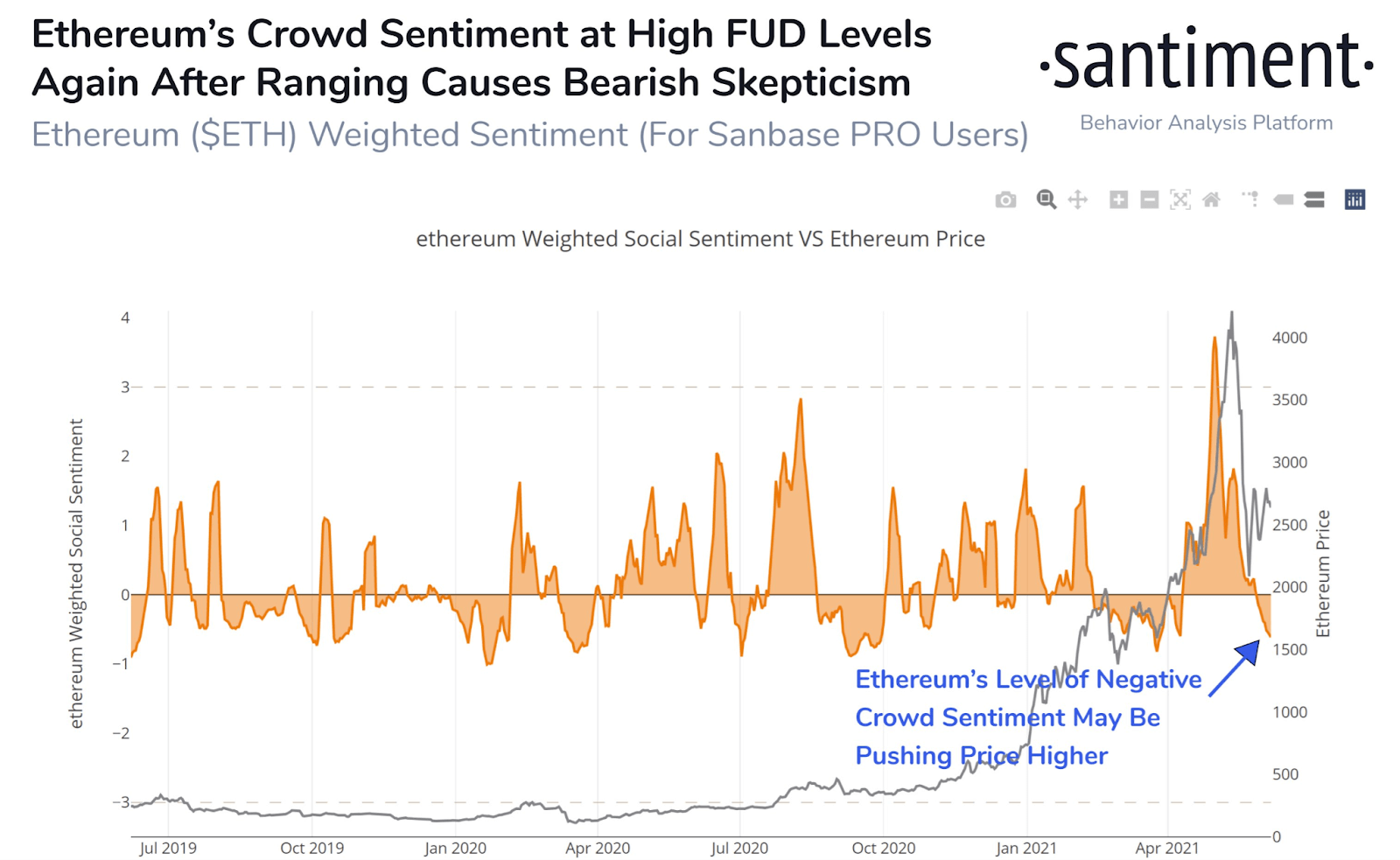 “#Ethereum is +20% over #Bitcoin's +6%, and the crowd's negative perception toward $ETH right now, according to our data, may just be fueling the price higher. We're seeing commentary is more #bearish than usual, which very often pushes prices upward.”

"#Ethereum has risen sharply as the weekend has kicked off. Our NVT token circulation model indicates that $ETH tokens are still being exchanged on its network at a high level compared to its current market cap level, indicating a slight bullish divergence." 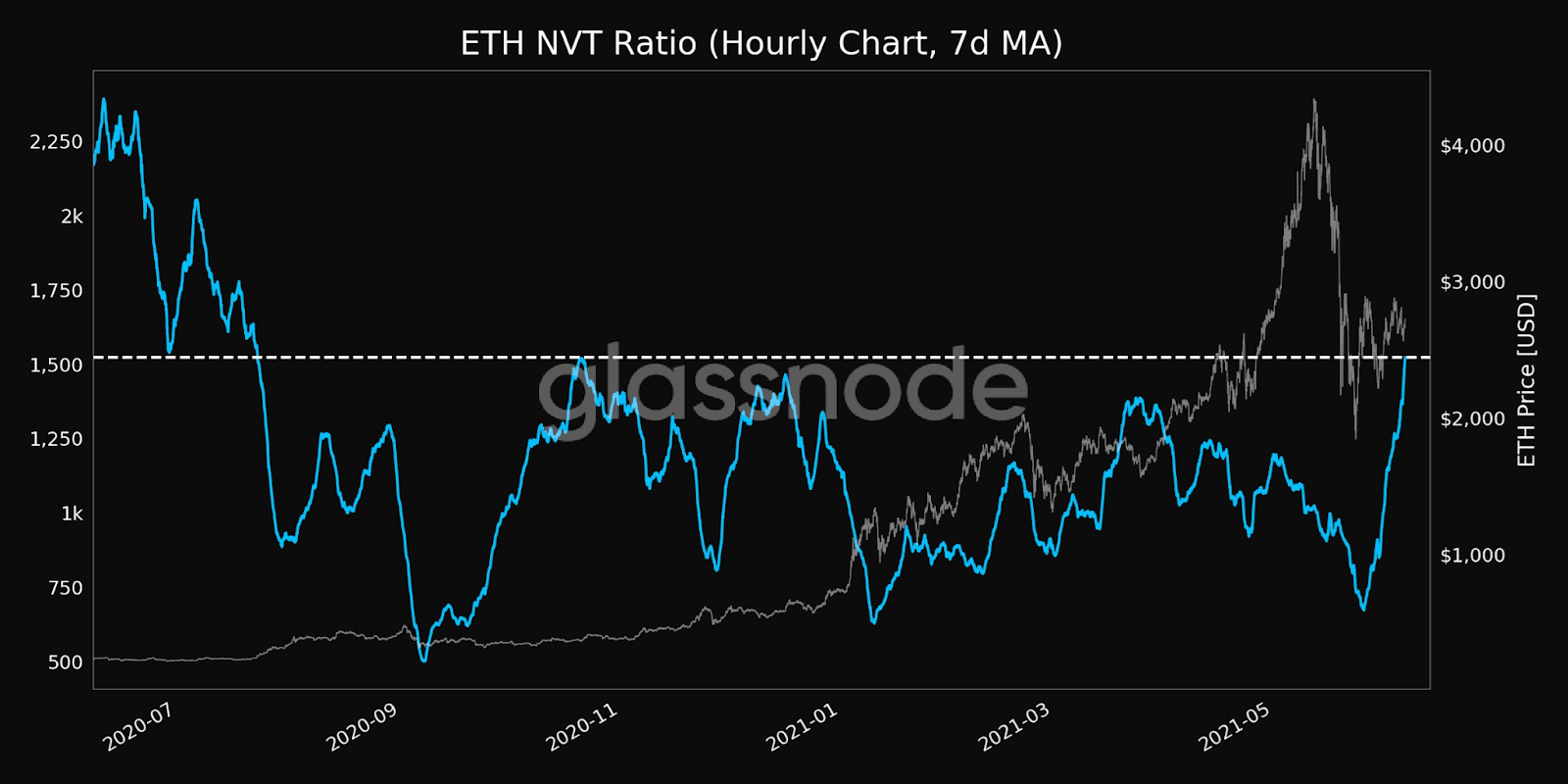 The Ethereum price needs to conquer the $2,750 resistance barrier and then potentially take down the 50-day SMA.