Ethereum reached $1,200 this Thursday en route to its all-time high levels ($1,432.88). However, it seems like the holders have chosen this psychological level as the ideal point for selling off their tokens. In fact, this hypothesis is further corroborated by the “Number of Large Transactions” chart from IntoTheBlock. 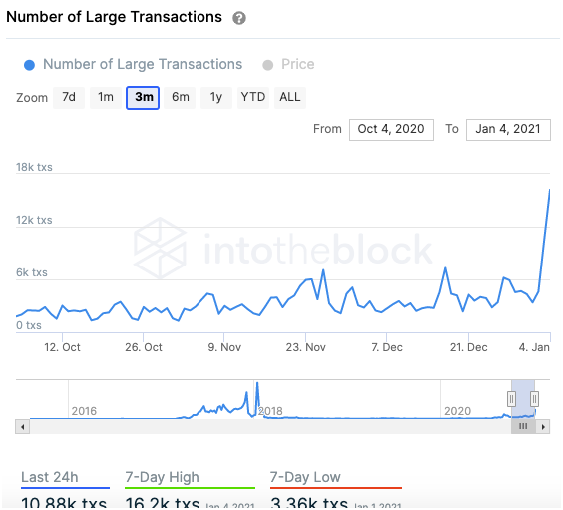 Another reason is that this shows that the whales/institutions, aka entities that can actually afford these transactions, have been selling off their coins.

This was the first bearish session that Ethereum had after six consecutive bullish days. The buyers have chosen to sell-off at the $1,200 psychological level, but it looks like a temporary price correction. The moving average convergence/divergence (MACD) shows that the overall market momentum is presently bullish. 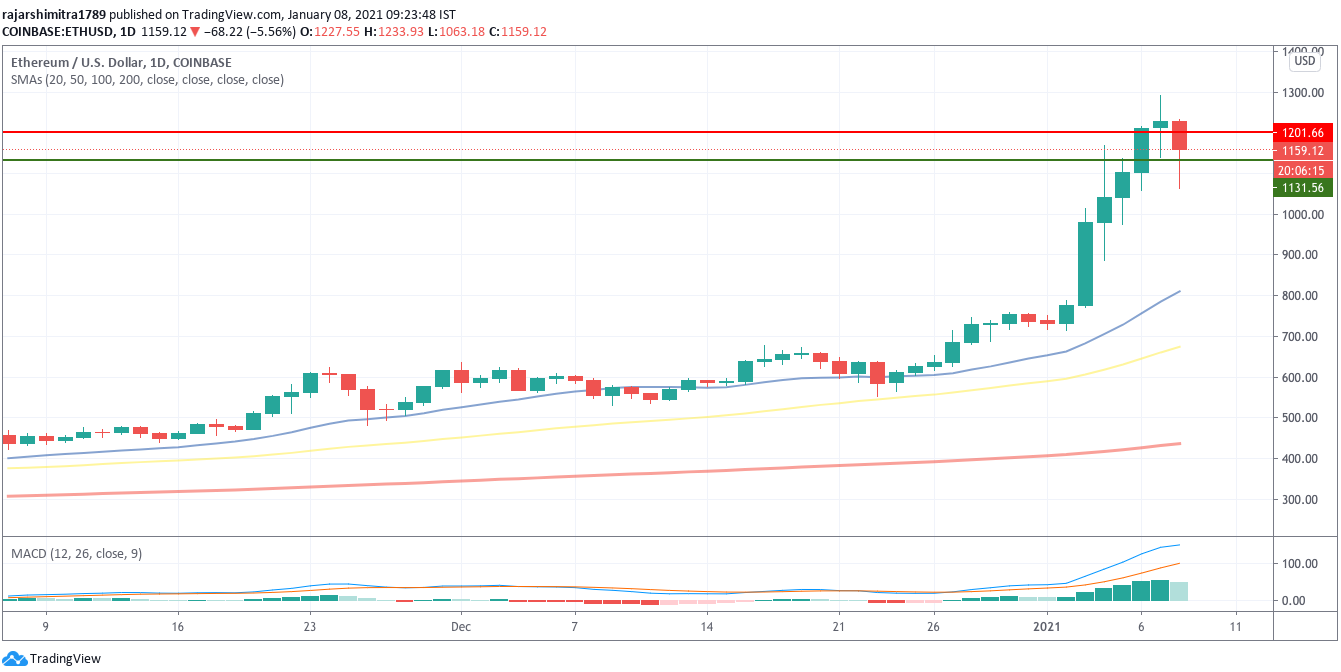 Looking at IntoTheBlock’s IOMAP, we can see that the $1,200 zone is a very strong barrier, wherein 380,000 addresses had purchased 2.4 million Ether tokens. If the price breaks above this level, they should easily $1,350.

On the downside, there is a healthy support level at $1,125, wherein 175,00 addresses had previously purchased 1.85 million Ether tokens. Looking at the 4-hour chart, we can see that the latest bearish price action has dipped the RSI back into the neutral zone.

Ethereum’s recent price action has propelled the asset onto a list of the top 100 traded assets by market cap, according to Companiesmarketcap.com. Ether (ETH) is positioned in the 88th spot, between Bristol-Myers Squibb at 89th spot and Anheuser-Busch at 87.

ETH crossed $1200 recently and has been up 62% in 2021 alone. The asset’s gains in this year translate into a $53 billion increase in Ethereum’s market cap. This is enough for it to overtake the market cap of several massive conglomerates such as Wells Fargo, AstraZeneca, Philip Morris, Morgan Stanley and Citigroup. 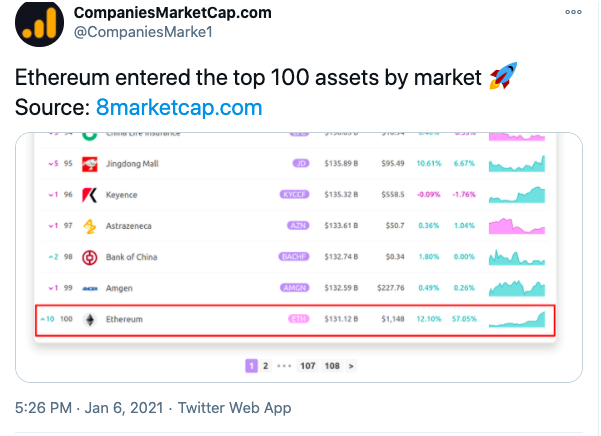 The only other cryptocurrency in this list is Bitcoin. The flagship coin has surpassed Visa, Berkshire Hathaway, Alibaba, and Tencent to move up to the 10th spot. With an estimated market cap of $12.19 trillion, Gold sits atop the list by a margin of $10 trillion.

The $1,125 support barrier will be key in the price kicking back into gear. Similarly, when the price gets back to the $1,200 zone, it will be interesting to see how the holders behave at that level.