Ethereum price has managed to chart nine consecutive green candlesticks between April 25 and May 3. During this upward surge, ETH jumped from $2,200 to $3,300, gaining a staggering $1,100, in the process. Let’s take a closer look with technical analysis.

Having nearly reached the $3,300 psychological level, the Ethereum price is right now looking for a new top in this current bullish cycle. As per the relative strength index (RSI), ETH is presently overbought and may soon face correction. The fact that the TD sequential detector is about to flash the green-nine candlestick further adds credence to this outlook. 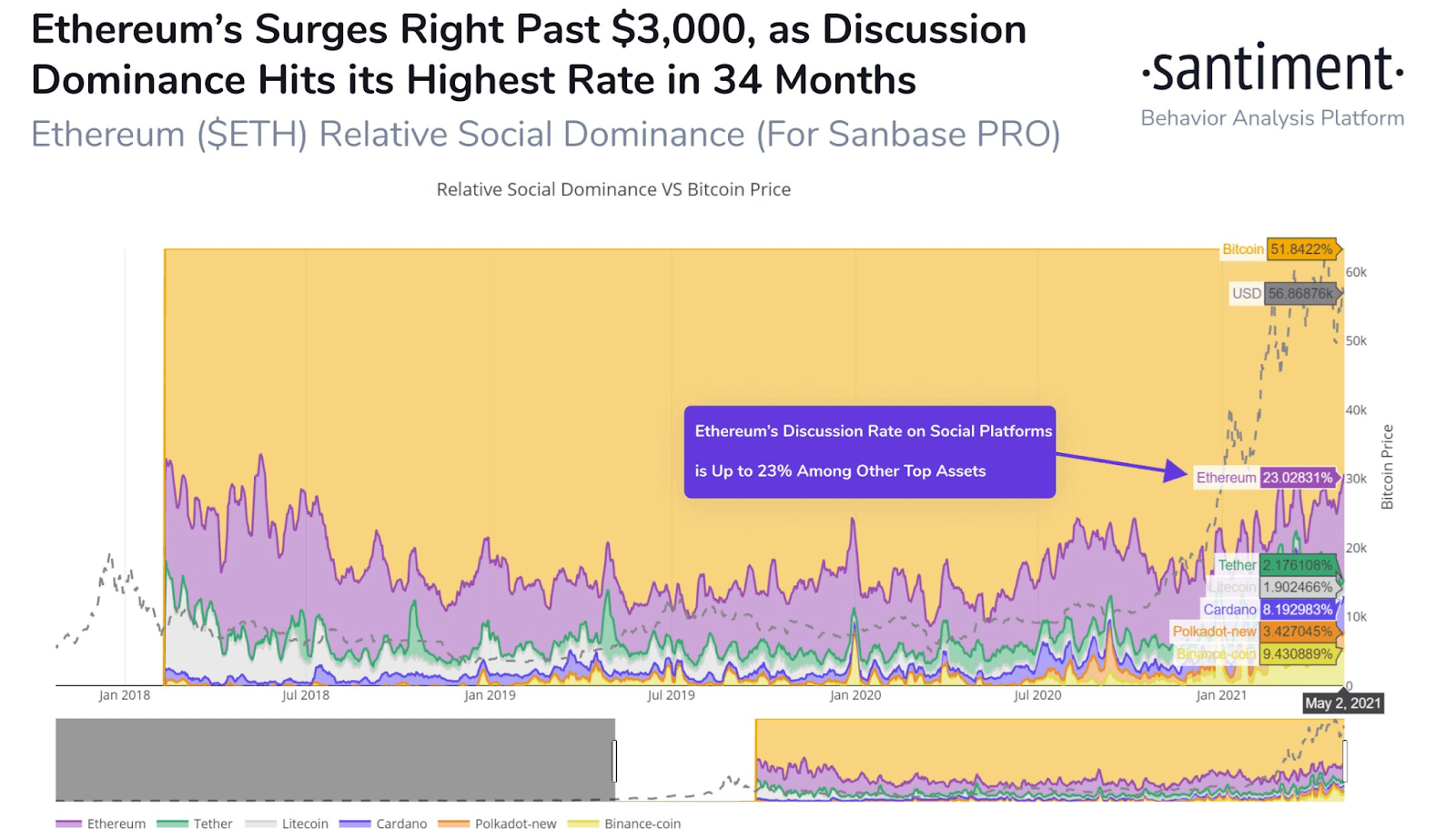 "#Ethereum has finally surpassed a long-awaited major milestone of $3,000 in market value. Looking at our social dominance comparison chart, today marks the highest percentage of discussion dedicated to $ETH vs. other assets since July, 2018." 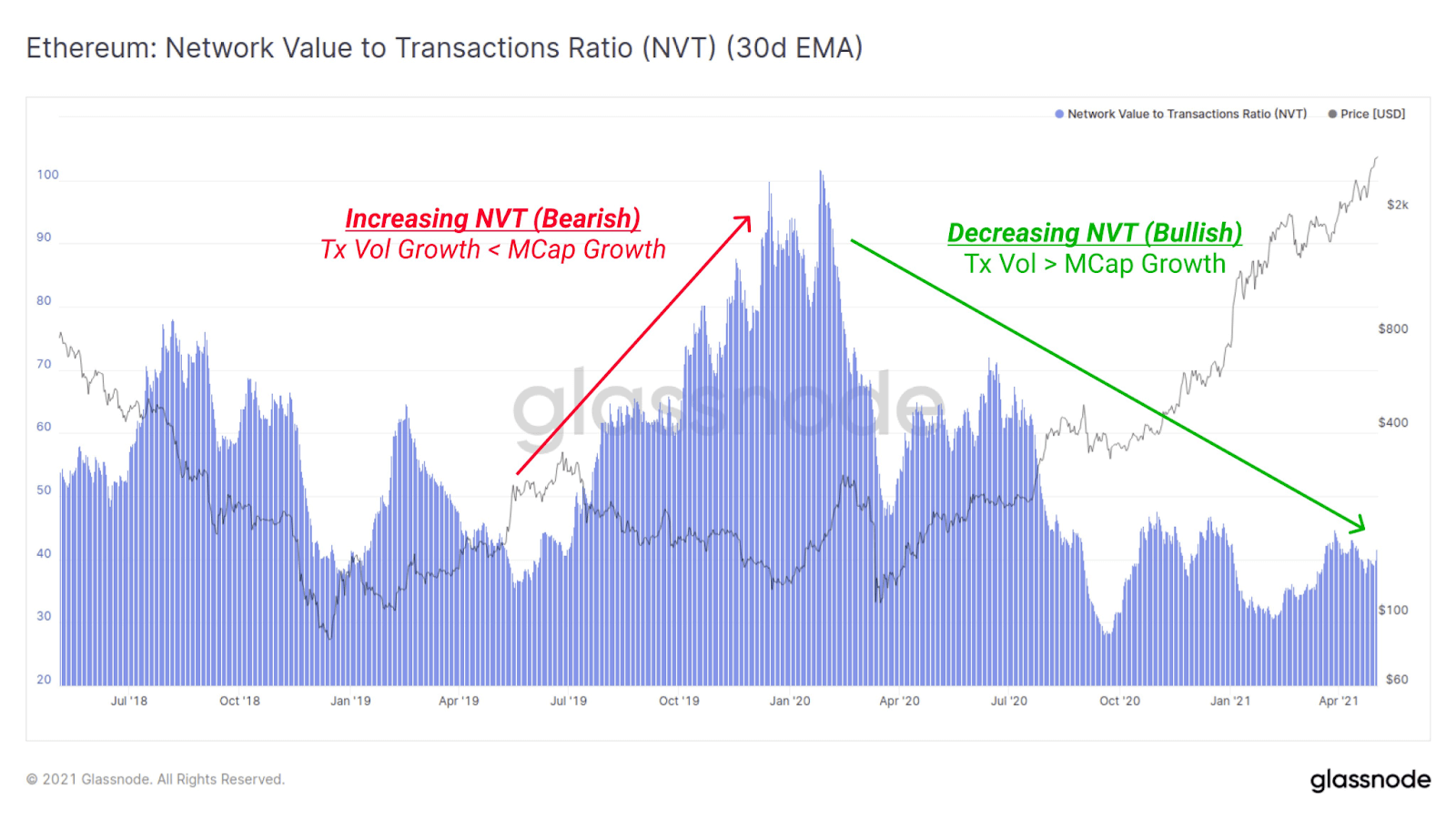 "As $ETH price reaches over $3,000 setting a new ATH, the NVT Ratio is driven back down towards this cycles lows. Low NVT Ratios indicate transaction volumes are high and growing faster than the network market cap. Today's market strength is supported by volume settled on-chain."

Ether has recently surpassed the significant $3,000 mark, rising as high as $3,003 on Binance. ETH price reached the milestone on several major exchanges, including Bybit, Coinbase, and BitMEX.

The surge has helped Ethereum overtake entities like The Walt Disney Company and Bank of America in terms of total market cap. The Ethereum network has grown 24% on the week to $346.72 billion, according to Infinite Marketcap. By comparison, Bitcoin is presently sitting at a $1.079 trillion market cap, right below the total market cap of silver at $1.416 trillion and above Facebook at $923.12 billion. The remarkable run also prompted renewed speculation that Ethereum could “flippen'' Bitcoin, outperforming BTC as the largest cryptocurrency in the world.

Multiple factors contribute to Ethereum’s rise. The first is an ongoing surge in activity on the chain, including from institutional entities. A few days back, the European Investment Bank announced it would be issuing a two-year digital bond worth $121 million in collaboration with banking entities like Goldman Sachs. Retail interest in DeFi has also been rising recently, with total value locked numbers reaching highs above $100 billion.

Notably, the London hardfork, which includes the EIP-1559 overhaul of Ethereum’s fee structure may be the prime events investors are anticipating. These upgrades to the network are expected to significantly decrease fees and reduce the amount of ETH rewarded to miners. This will, in turn, is likely to decrease sell-side pressure on the asset.

The buyers will hope to take down the $3,300 psychological level before it gets taken down by the sellers.