After a highly bearish end to last week, the Ethereum price recovered over the weekend, with support at the $3200 level. The price rose marginally on Saturday, pushing up by 1.79% to settle at $3266. ETH pushed up further on Sunday, rising by over 4% to end the day at $3405. However, Monday saw the price fall significantly, falling back to $3286 after falling by 3.50%. ETH has started the current session on a positive note, having already risen to $3364.

Ethereum started the previous week in the red and went on to have an extremely bearish week. ETH dropped marginally on Monday (6th), falling by just 0.60%. However, Tuesday saw ETH fall off a cliff, as it fell by 12.57% to end the day at $3434, just below the 20-day SMA. Wednesday saw the price recover, but it immediately fell back on Thursday, slipping below the 20-day SMA once again and settling at $3424. Friday saw yet another bearish session for ETH, with the price falling by over 6% to close at $3209, just above the support level of $3200. 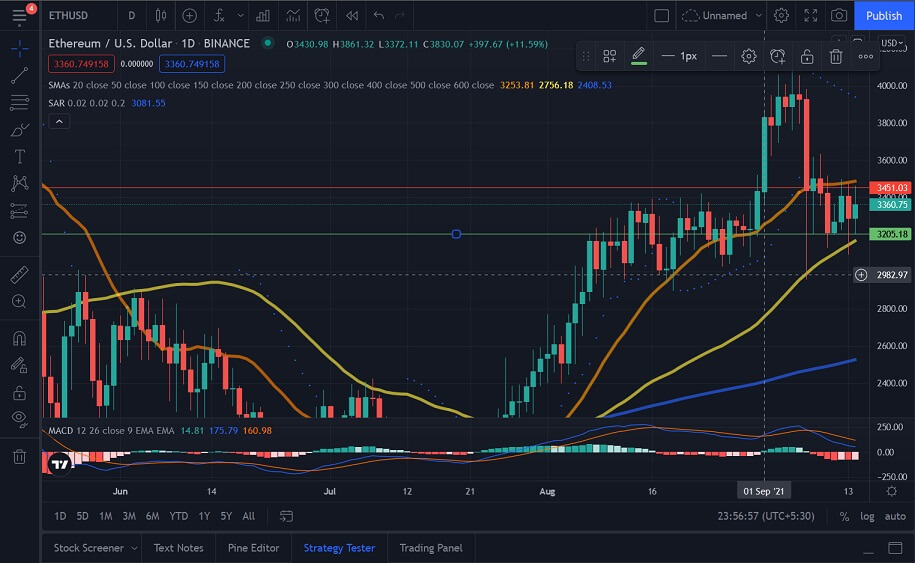 After ending Friday in the red, the Ethereum price staged a recovery over the weekend, pushing up by 1.79% on Saturday and rising further by 4.29% on Sunday to settle at $3405. However, ETH could not sustain the momentum, and Monday saw ETH back in the red, falling by 3.50% to settle at $3286. The current session has seen bulls control the market, pushing ETH towards the 20-day SMA. Looking at the MACD and the Parabolic SAR, we can see that both are currently bearish. However, if ETH can push towards the 20-day SMA, we could see both flip to bullish. 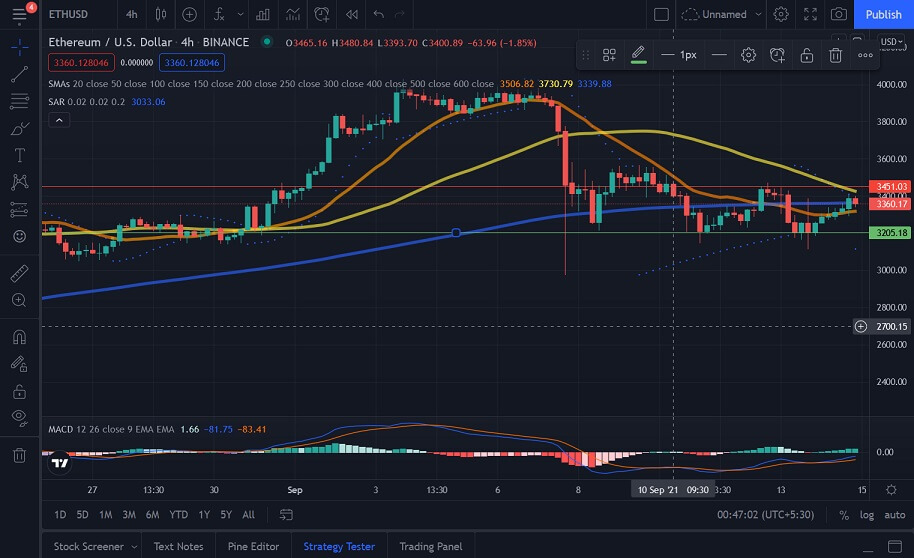 About 1% of Ether’s total supply has already moved to newly launched second layers with Arbitrum beginning to dominate. Some $3 billion is now locked in 17 tracked second-layer projects.

Arbitrum has by far the most assets, with it seeing a jump of more than 3,000% in the past two days after it opened itself to the public. 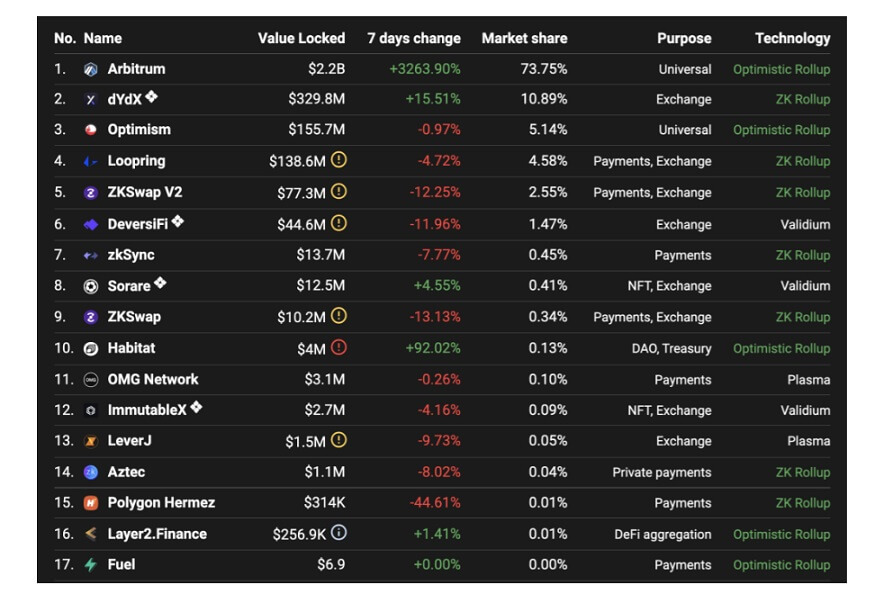 Optimism is still limited to a whitelist while the dYdX solution is limited to the platform itself rather than a generalized second layer EVM. Arbitrum is currently the only such EVM open to the public, and thus projects are already launching there, with meme token Nyan attracting some $1.4 billion in assets.

However, the token value plunged significantly from $8 to 50 cents due to its highly inflationary distribution, with people waking up to say they lost everything. That is still better than Carbon, a token that does not quite appear to have a purpose for now. Still, it attracted some $400 million in assets while its token dropped from $40 to $0.01 as its pools gave an APY of 50,000%.

Looking at the Ethereum price chart, we can see that ETH has recovered strongly during the current session and could push all the way to the 20-day SMA if it can maintain the bullish sentiment. However, if sellers retake the market, then we could see the price push back down to $3200.