Ethereum Price Prediction: ETH Retreats After Threatening To Break Past $1,950

On February 15, the Ethereum dropped to the $1,785 support line and bounced up to $1,930. In the process, ETH managed to flip the parabolic SAR from bearish to bullish. As of now, the RSI is hovering along the edge of the overbought zone.

On the downside, there is a healthy support wall of Ethereum price at $1,785. Previously, at this level, 188,500 addresses had purchased a little more than 9 million ETH tokens. This level is robust enough to absorb a lot of selling pressure.

Looking at the 4-hour Ethereum price chart, we can see that ETH has flashed a sell signal, in the form of a green-nine candlestick. However, do note that the present market momentum is still on the bullish side.

CME derivatives exchange completed its first week of Ether (ETH) trading recently. The exchange nearly sustained the volume of its opening day. Over the entire week, an average of 371 contracts was traded each day at 50 ETH per contract. This amounted to 18,600 ETH or $34 million. 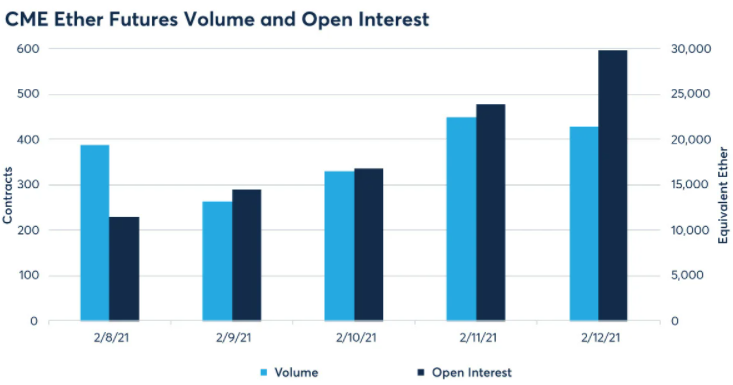 In mid-December, CME announced that it would launch cash-settled Ether futures. They began trading soon after, with the first contracts purchased on February 7. Since then, CME has seen 121 unique, active accounts trading the offering.

In total, 1,856 contracts (about 92,800 ETH) were traded last week, roughly amounting to $160 million. A third of the week's volume incurred during non-US trading hours, and 27% of volume came from regions other than the US.

The ETH futures was an addition to CME's popular Bitcoin (BTC) futures product. On its opening day, Bitcoin futures saw nearly 1,000 contracts, approximately $100 million worth of the flagship crypto.

Ethereum price may face a slight temporary bullish correction, which could see it dip below $1,900, but it will likely regain momentum and jump for the $2,000 level.