Ethereum Price Prediction: ETH Retreats Back Above $2,500 After Drop Below $2,000

Ethereum Price Drop Is Not Over Yet

This Wednesday, the Ethereum price has flashed the following sell signals:

Seeing all these signals together, it is pretty evident that Ethereum price may drop some more.

Looking at IntoTheBlock’s new addresses metric, we can see that the number of new addresses entering the ecosystem has dropped off quite significantly. 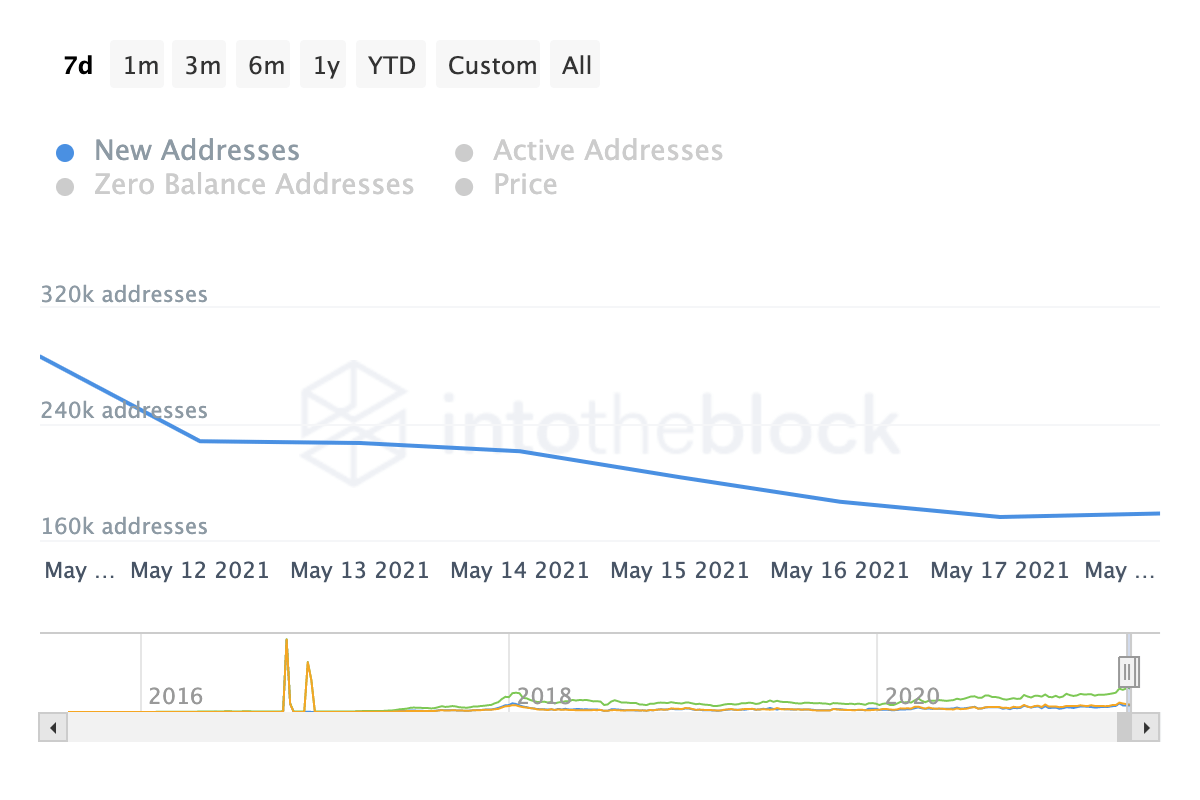 Does the public still  <3 ETH?

According to Santiment’s weighted social sentiment chart, the overall sentiment towards Ethereum price is still positive. 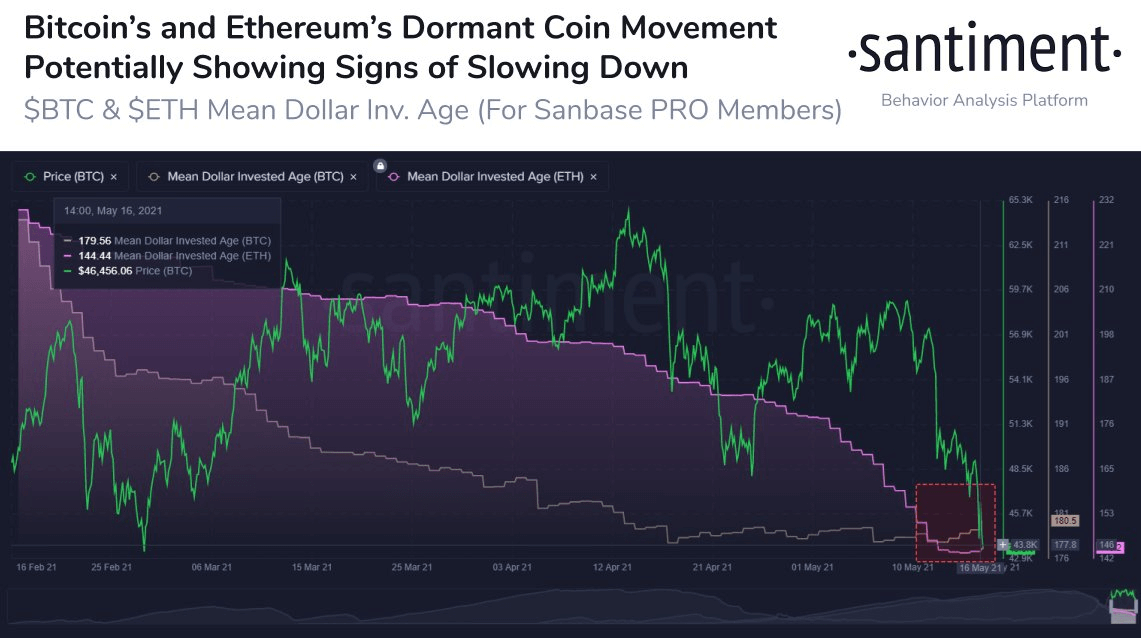 "$BTC and $ETH's recent dips are leading to some stagnancy in the dormant coin movement that has really propelled the historic bull run #crypto has experienced. Keep a close eye on this chart, and whether avg. investment ages continue getting younger." 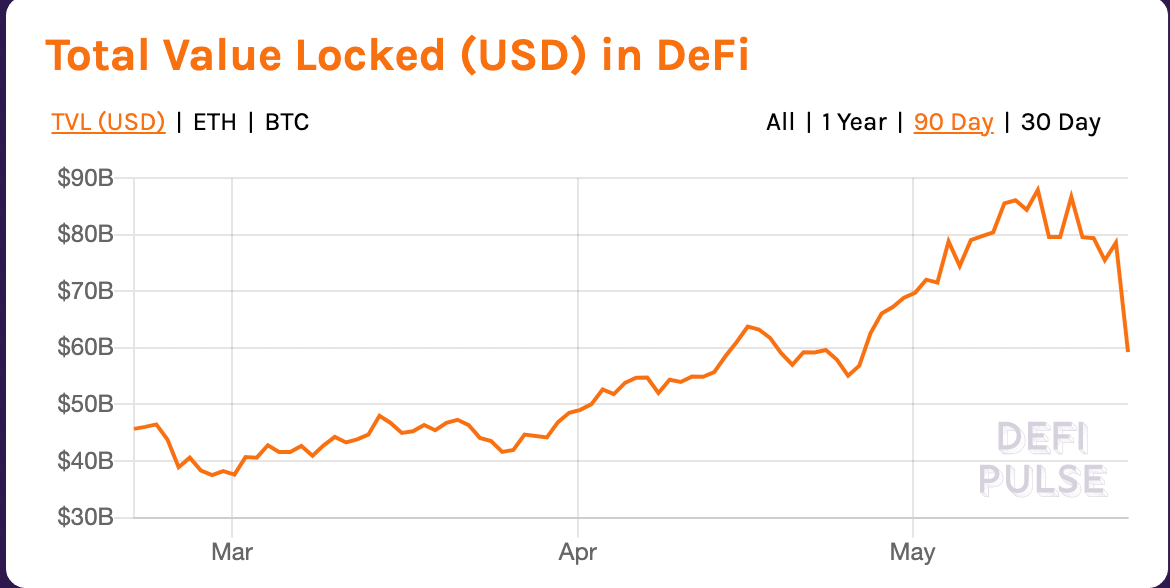 The Total Value Locked Up In DeFi has crashed from $85 billion to <$60 billion.

IOHK, the firm behind Cardano, recently released a new "converter" that allows users to bring ERC20 tokens to the Cardano blockchain. 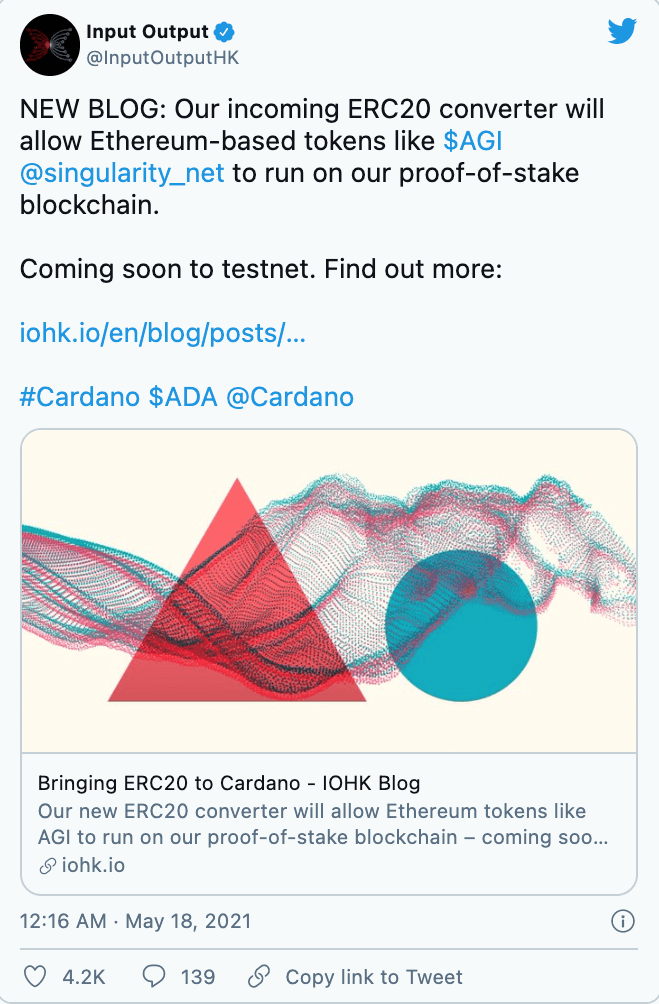 Our incoming ERC20 converter will allow Ethereum-based tokens like AGI (SingularityNet) to run on our proof-of-stake blockchain...Coming soon to testnet.

Ethereum is currently the most-used blockchain, processing billions of dollars worth of transactions each week and millions of smart contract interactions each day. However, the current Proof of Work consensus design has proven to be limited for the network. Speeds are too slow and fees too high. This has caused the swapping and usage of ERC20 tokens, or the assets issued on the Ethereum network as per compatible standards, to be both slow and expensive. Cardano’s looking to change that. IO project manager Francisco Landino said:

Our ERC20 converter is a tool that will allow issuing organizations and their users to handle ERC20 token migration to Cardano.

He added that it is "designed for token issuers (organizations that wish to enable the migration of their tokens to Cardano), and their users (token holders) to use the tool to move their ERC20 tokens to the Cardano network.”

The ERC20 tokens, after being converted, would run on Cardano’s Ouroboros proof-of-stake consensus mechanism, which relies on a network of stakers and validators who maintain the network and process transactions (with far lower fees). Users would be able to convert Ether tokens, move them across, and use those converted tokens as a special native token on Cardano that has the same value and works just like an ERC20 token.

To move those tokens back to Ethereum, users can burn them on Cardano and use the original ones on the Ethereum network as usual.

The Ethereum price will continue to slump further down. However, the truly scary part is that the next logical support level is at the 200-day SMA ($1,550). Such a plunge could be pretty catastrophic, so the buyers will need to act fast.