Ethereum price has managed to chart ten green candlesticks out of the last twelve between April 25 and May 6. During this surge, ETH jumped from $2,200 to $3,480 – climbing by nearly $1,300. During this surge, Ether has been hugging along the upper Bollinger band, before it broke above it four days back.

The Ethereum price was trending above the Bollinger and the relative strength index (RSI) is hovering in the overbought zone. These two signals tell us that ETH was overpriced, which inevitably triggered a bearish correction. As things stand, ETH may drop quite considerably, because of the following reasons:

Exchange Netflows For Ethereum A Plus

CryptoQuant CEO shared the above chart and noted that “exchange netflow looks good.” So, it doesn’t seem like ETH is going to go through a major sell-off any-time soon.

This was further noted by  Glassnode Founders “Yann & Jan.” 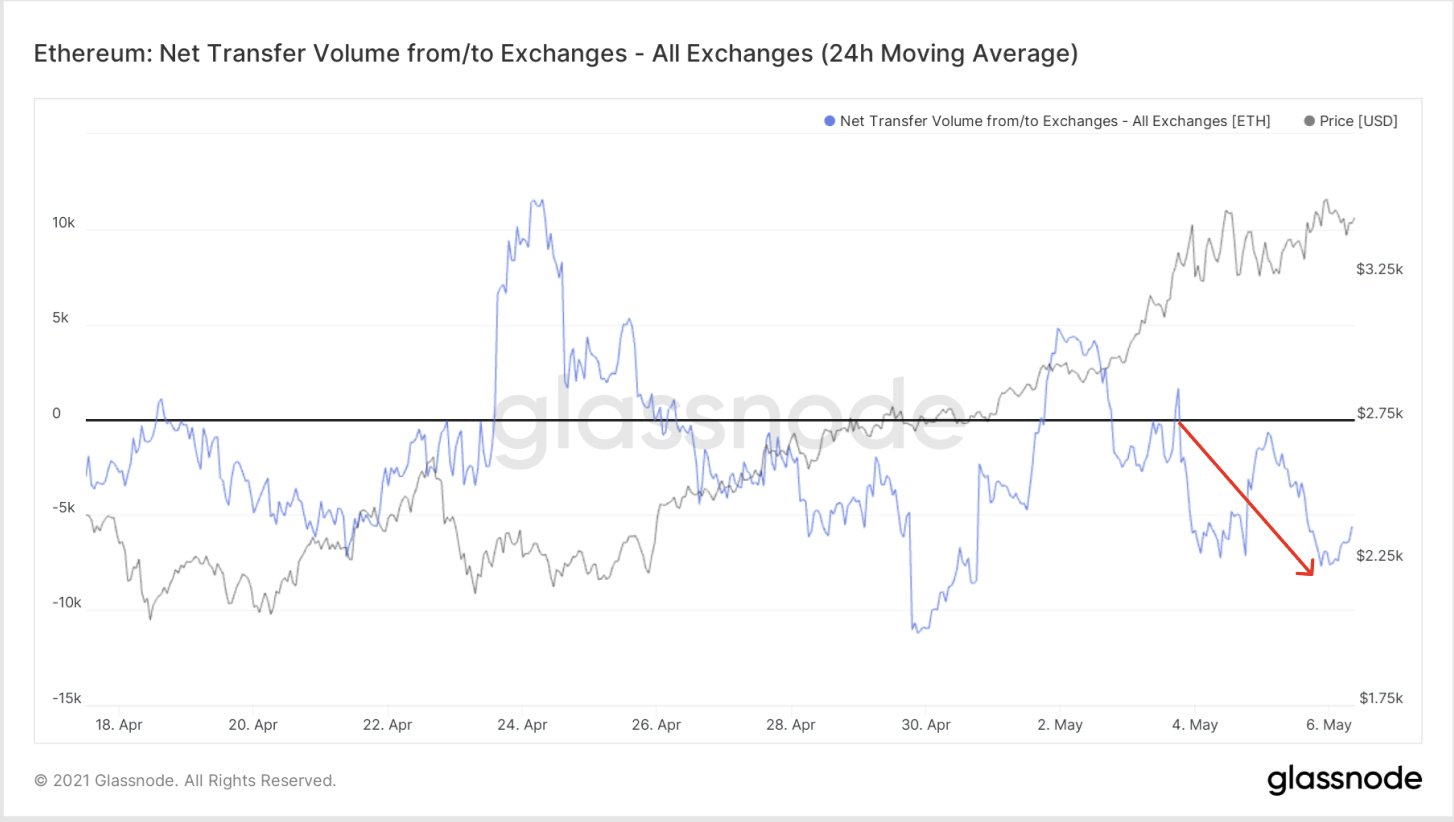 They noted - “Confidence in $ETH still high as coins flow out of exchanges again.”

Glassnode also shared the following chart about the Ethereum supply in smart contracts vs their balances in exchanges. 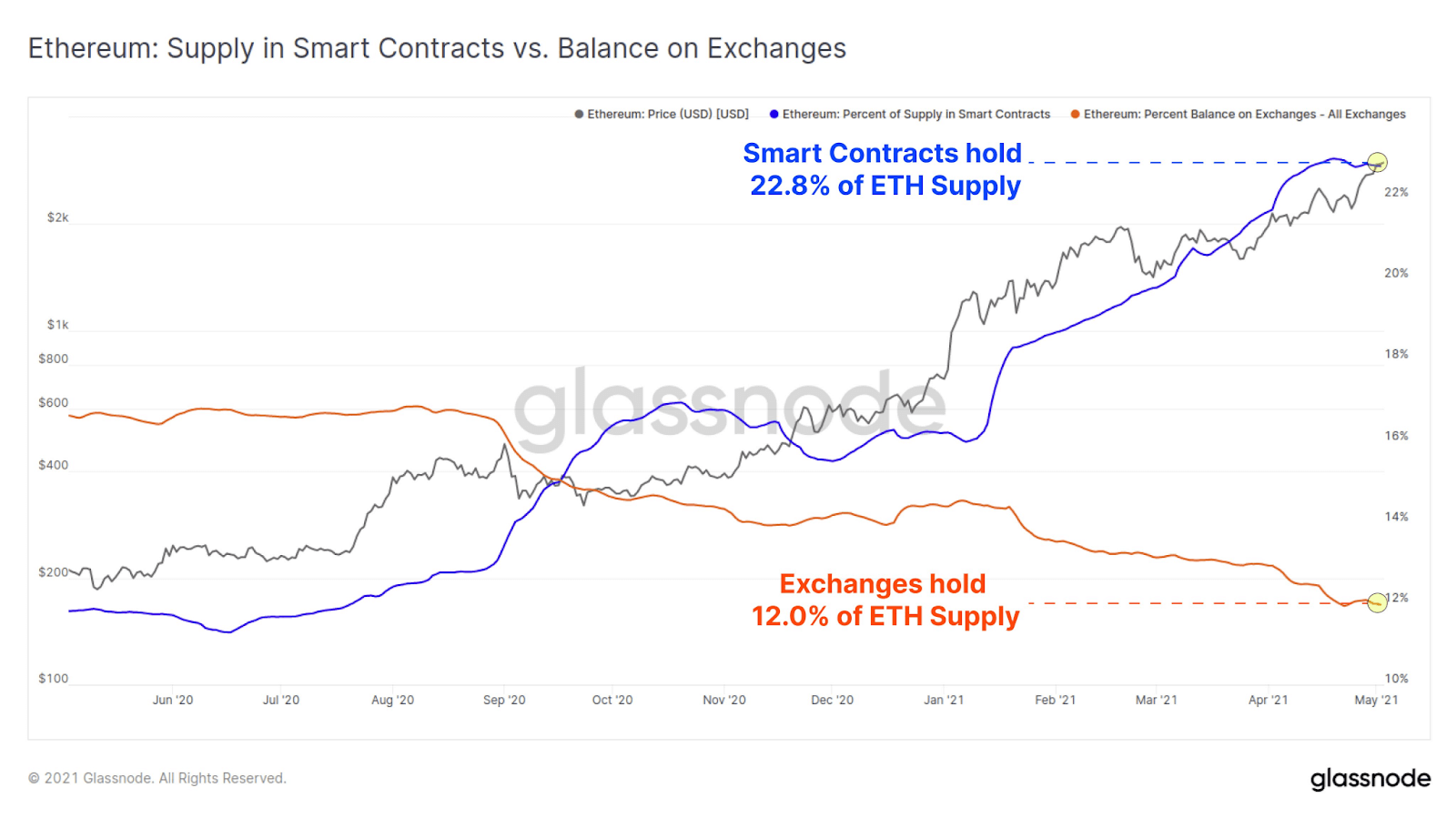 “#Ethereum supply dynamics tell a compelling story for the future for the protocol. $ETH on exchanges falls to 12.0% of circ. supply, as $ETH in smart contracts rises to 22.8%.” 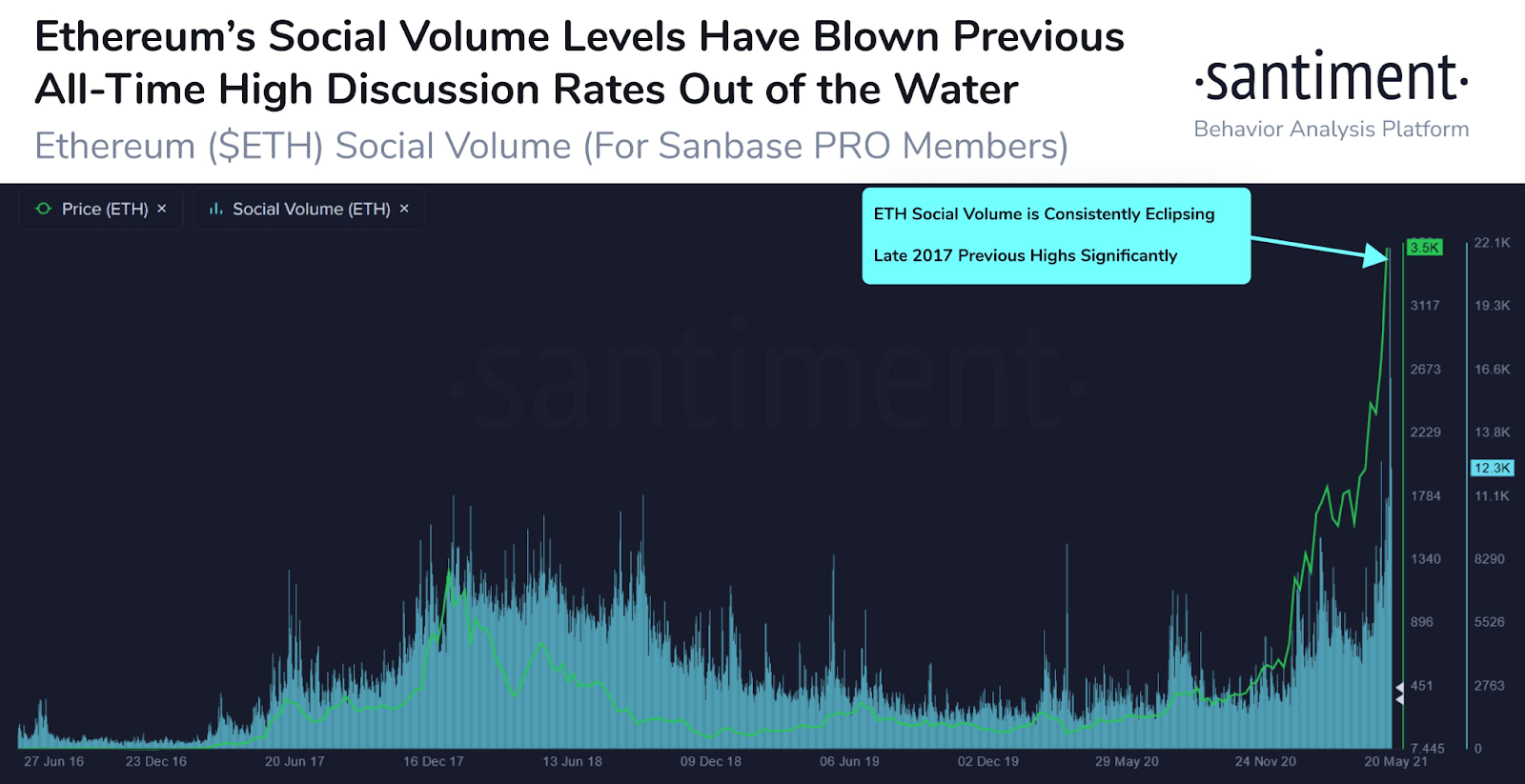 “#Ethereum has nearly eclipsed $3,600 within the hour, making yet another #ATH. Patient $ETH holders have enjoyed a +56% price rise the past two weeks, and we've analyzed some yellow flags in our latest insight.”

DeFi exchange Uniswap recently announced the launch of v3. In a blog post, the firm said:

We’re thrilled to announce that Uniswap v3 has been deployed to the Ethereum mainnet! All relevant contract addresses can be found here.

Uniswap v3 intends to make the on-network exchange of tokens more capital-efficient. According to reports, the design points in on a capability called concentrated liquidity. Through this, liquidity providers (LPs) can make markets within customized price ranges.

The exchange also said that Uniswap v3 would be deployed later on Optimistic Rollup, a layer-two protocol designed to drive down transaction costs. The Block data shows that Uniswap is the dominant Ethereum-based decentralized exchange, pulling in approximately $51 billion in volume during April. 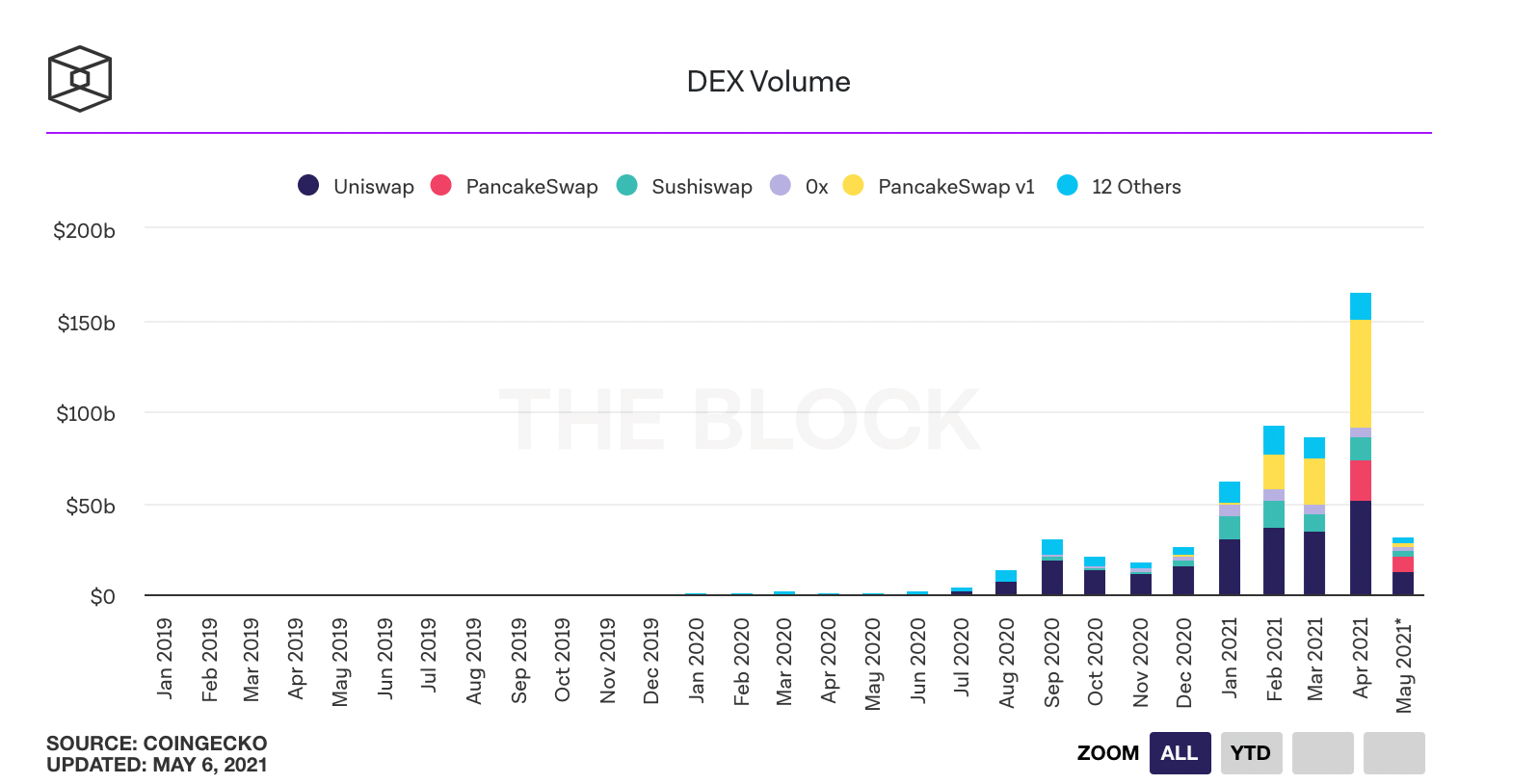 As things stand, the Ethereum price will likely drop to the $3,400 support wall. A further break will likely take ETH down all the way to $3,000. A break below $3,000 seems unlikely for now.