After failing at the $2750 resistance barrier, the Ethereum price has dropped to $2.530 and is sitting on top of the 50-day SMA. However, this level will likely break soon, since the relative strength index (RSI) shows that ETH can drop some more before getting oversold. The MACD also shows that it is on the verge of reversing from bullish to bearish.

Looking at IntoTheBlock’s addresses metric, we can see that the number of new addresses entering the ecosystem had nearly doubled from 158,800 to 312,000 between June 3 and June 5. Since then, the number has dropped to 177,000. This is a bad sign as it shows that the network has gotten progressively weaker. 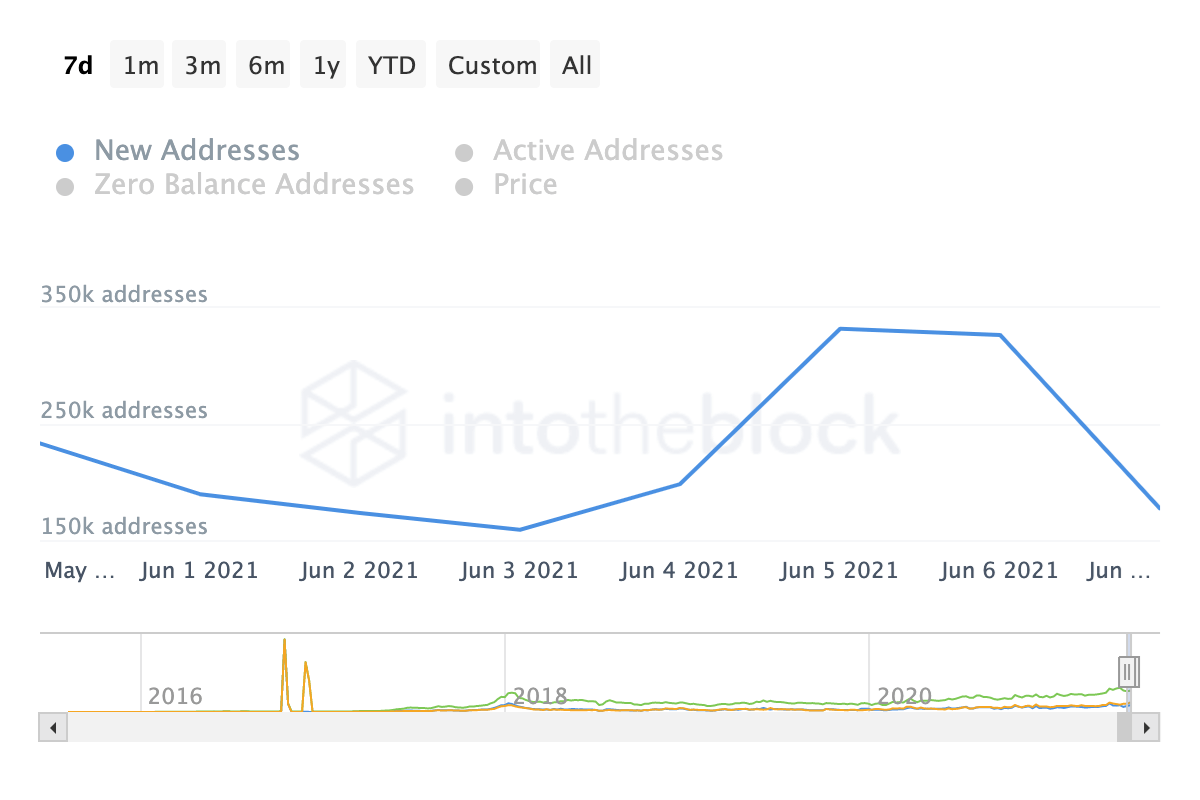 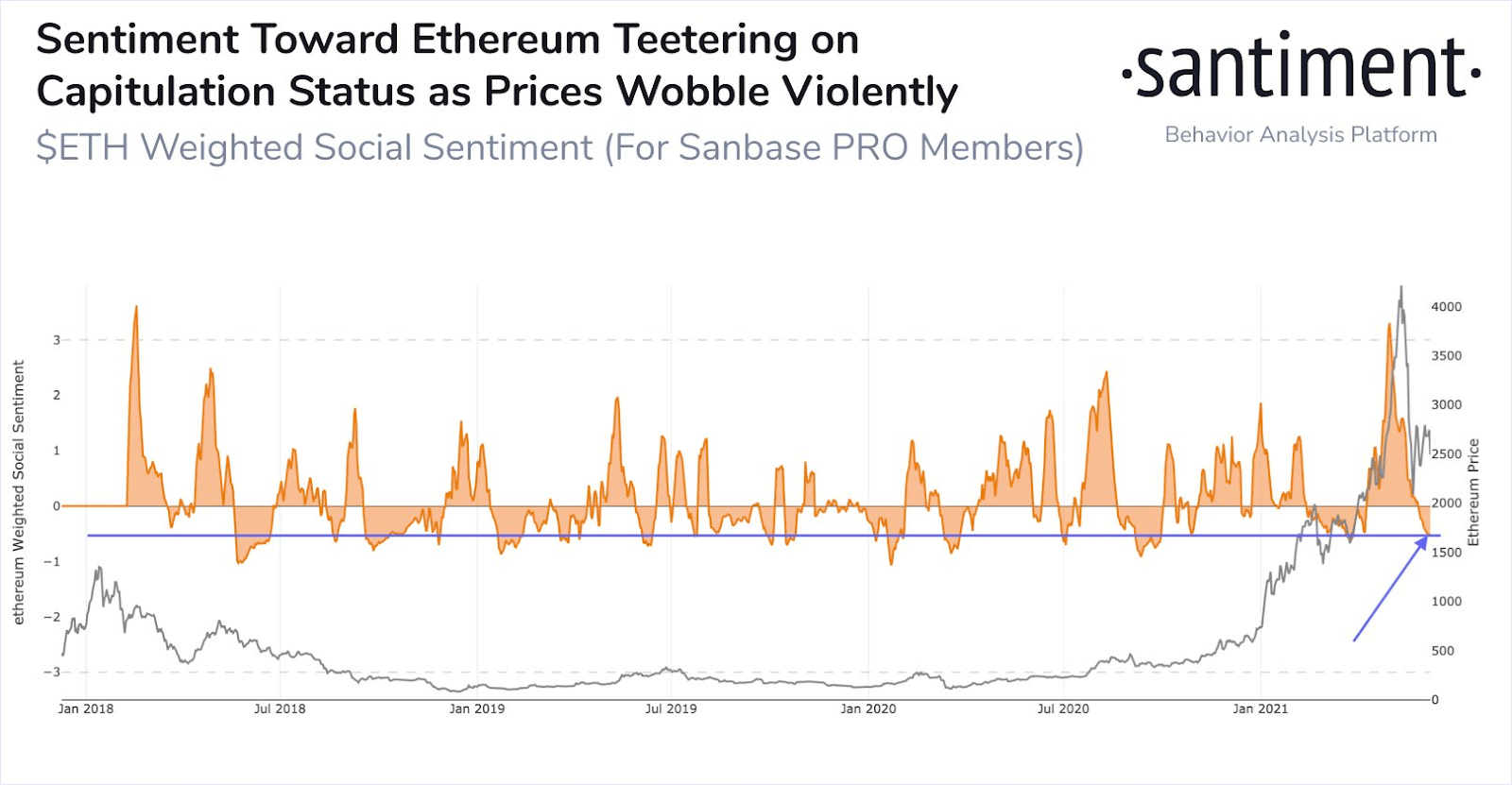 "#Ethereum has been quite a roller coaster these past few hours, and our team is looking for signs of crowd capitulation as a clear signal that it's buy time. Read our study on $ETH's sentiment, exchange inflow, age consumed, average fees, & more."