So far today, the Ethereum price created history by crossing the $4,000 psychological mark for the first time ever..The MACD shows sustained bullish market momentum, while the relative strength index (RSI) is hovering in the overbought zone. This tells us that ETH may climb some more but will soon face a bearish correction.

On the downside, Ethereum price has an extremely robust support wall at $3,700 wherein over 300,000 addresses had purchased >8 million ETH tokens. This wall is strong enough to absorb a lot of selling pressure. 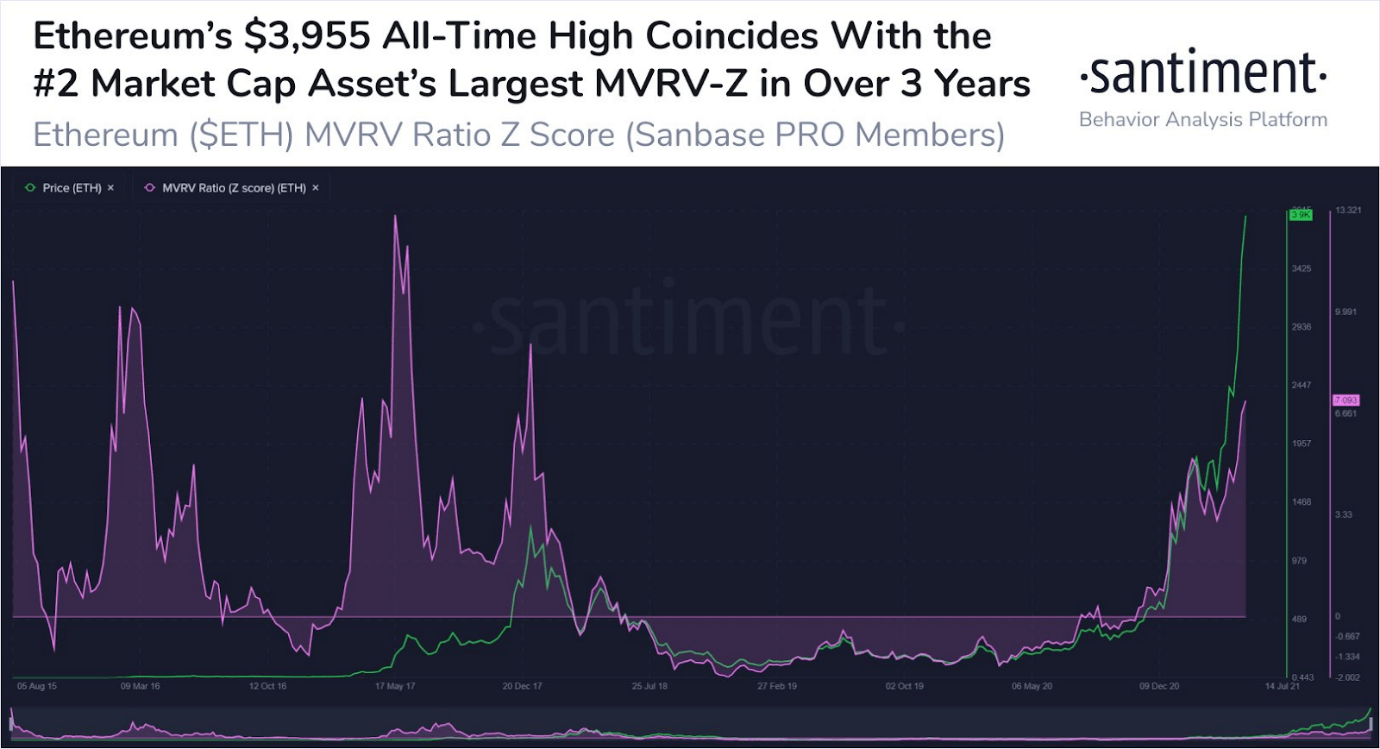 "#Ethereum's #AllTimeHigh has now reached an astounding $3,955. $ETH's MVRV-Z score, which is the ratio between market cap and realized cap, and standard deviation of market cap, is now at its highest point since January, 2018."

Coinbase Premium Going Up From ETH 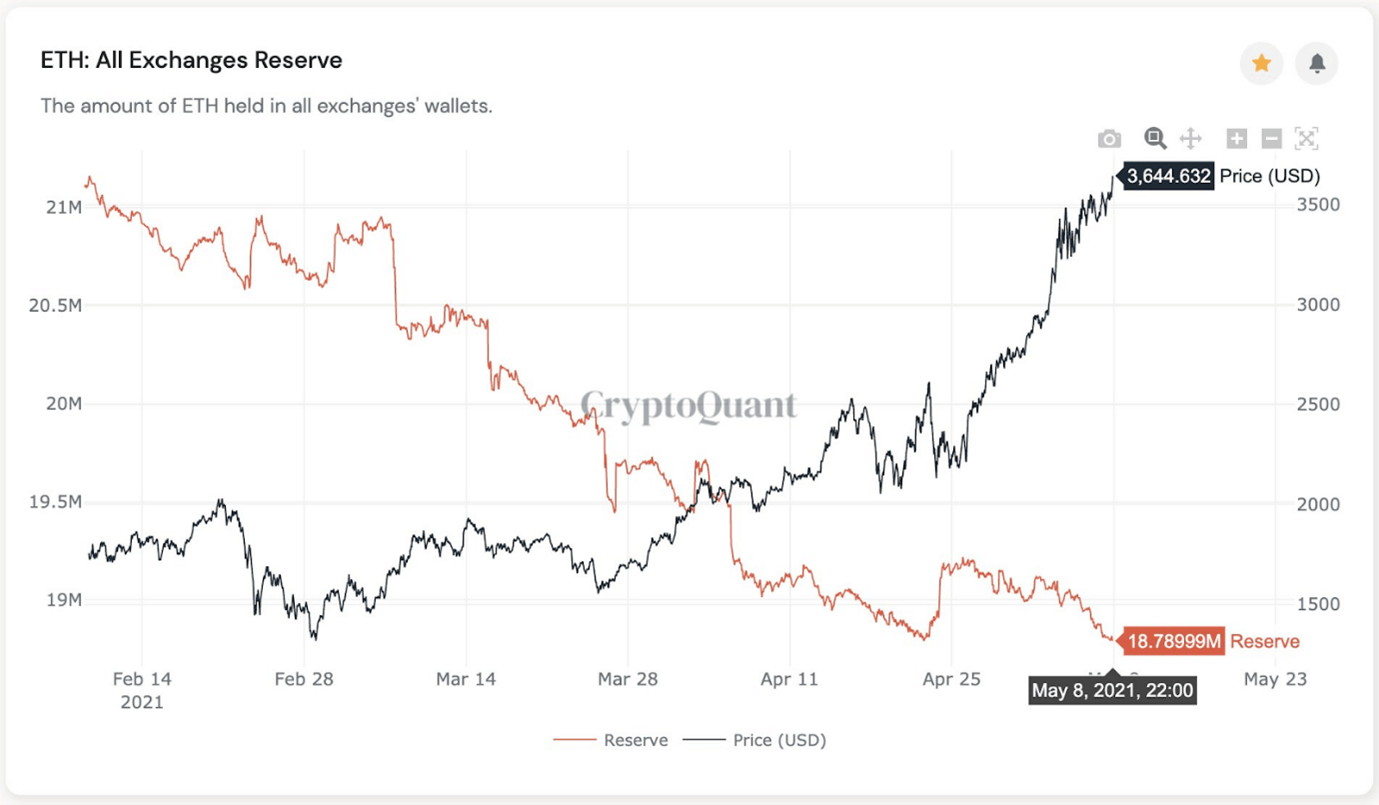 "Still an insane $ETH Coinbase premium. Selling $ETH now seems not a good idea in the long term. Follow US institutional investors, not against them. Low supply, high demand. This trend started in August last year and it will continue as long as institutions joining this industry."

Ethereum Social Chatter On The Rise 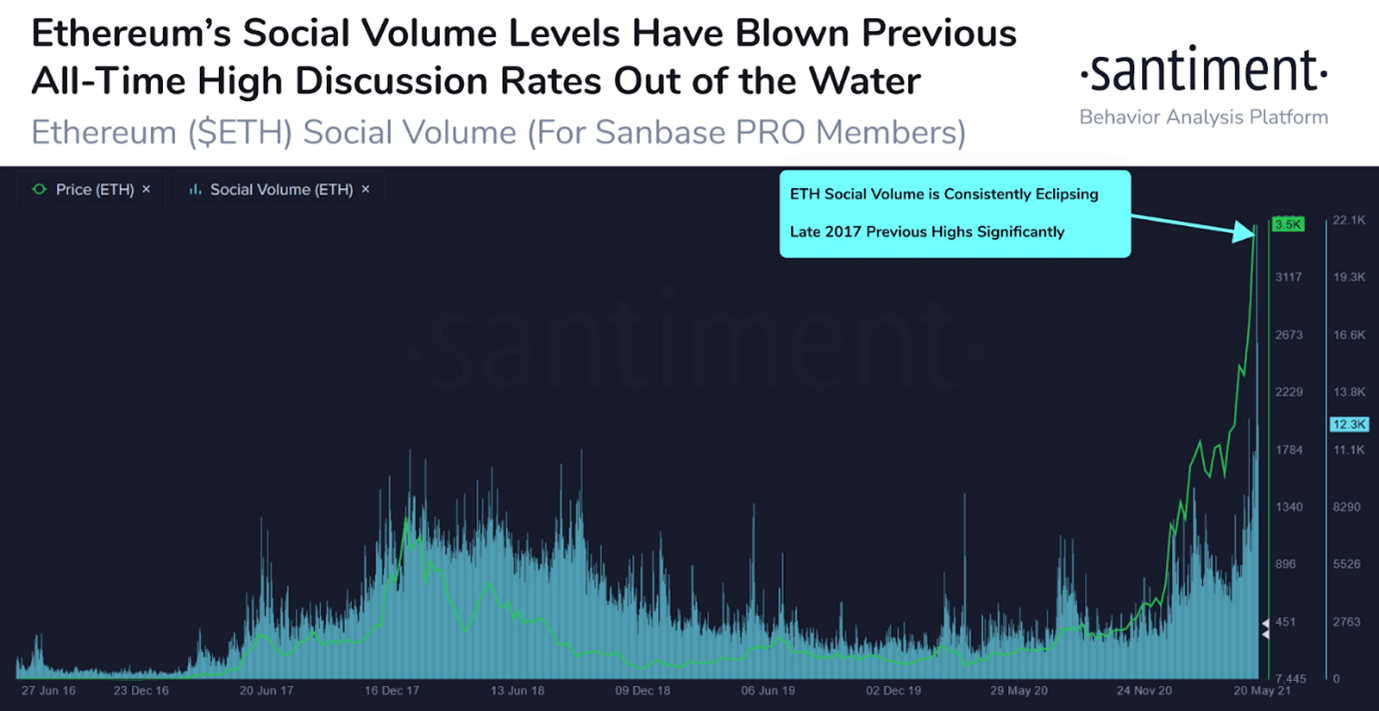 "#Ethereum has nearly eclipsed $3,600 within the hour, making yet another #ATH. Patient $ETH holders have enjoyed a +56% price rise the past two weeks, and we've analyzed some yellow flags in our latest insight."

Ether (ETH) recently traded above the $3800 levels for the first time. Former Goldman Sachs executive Raoul Pal said that every investor he has spoken to is moving their allocation from BTC to ETH. Currently, Pal is the CEO of the finance and business video channel Real Vision, which he co-founded in 2014.

On 30 November 2020, Pal revealed that he was about to sell his entire gold holdings and use the money to invest in Bitcoin and Ether. He had said:

Pal took to Twitter again recently, this time to explain why he is much more bullish on Bitcoin at the moment: 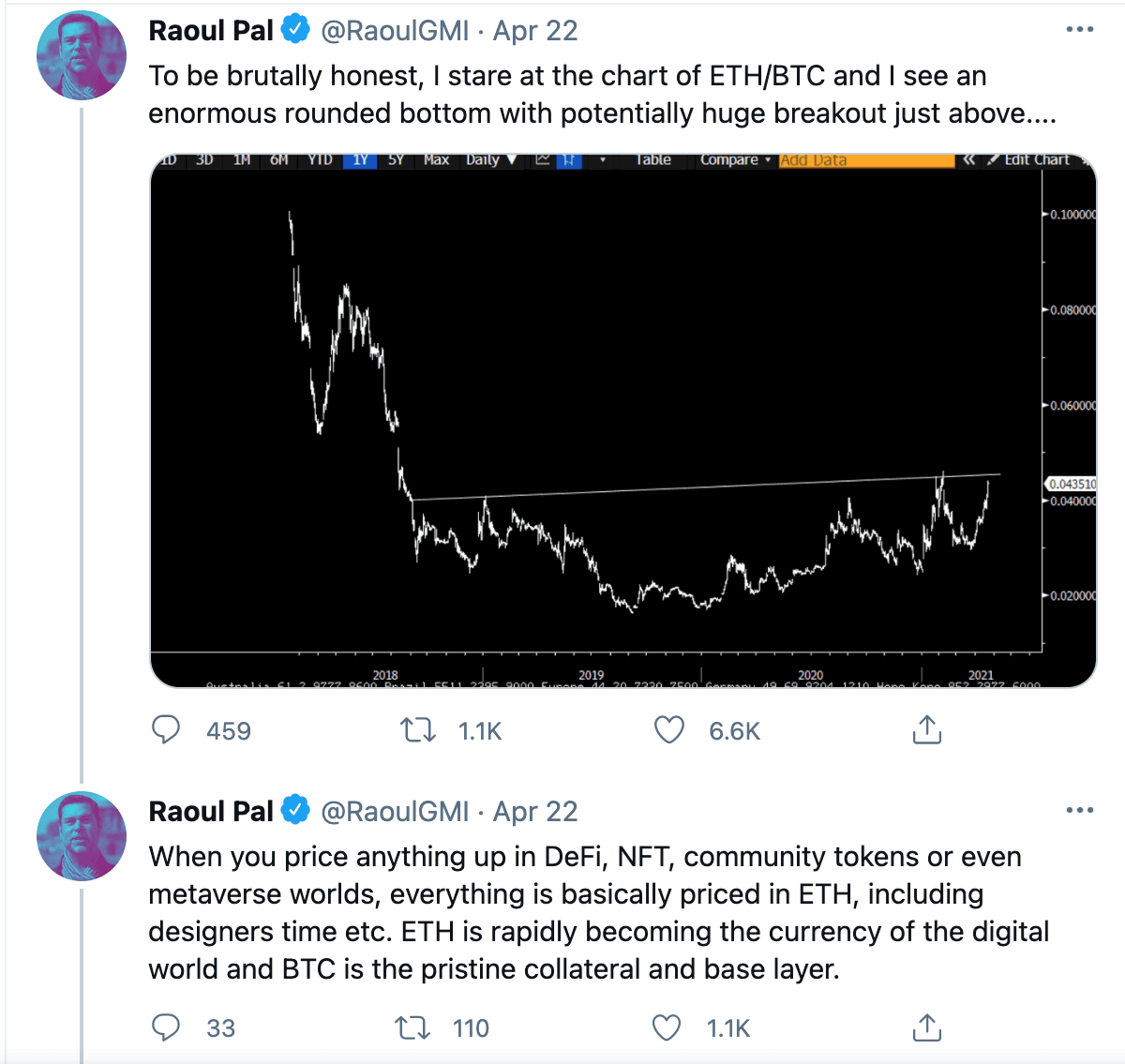 Pal also said that when you price anything up in DeFi, NFT, community tokens, or even metaverse worlds, everything is priced in ETH, including designers' time. ETH is "rapidly becoming the currency of the digital world and BTC is the pristine collateral and base layer."

He added that the ETH space "is growing at 100% YoY (vs. 50% YOY for BTC), and it is attracting a massive proportion of the developer talent and applications too.“ Pal noted that he is struggling to not sell all his BTC to move his entire core position to ETH.

To be clear – I’m a massive BTC bull, but I think ETH is the better asset allocation for performance right now.

Interestingly, Peter L. Brandt, one of the world’s most respected classical chartists and commodity traders, agreed with Pal’s opinion. He replied to Pal saying:

Raoul, I see it the same way.

As things stand, the Ethereum price will try to consolidate its positive above $4,000 and create a new strong support wall.