As things stand, the Ethereum price has been hovering around the 50-day SMA for the last three days. Before this, ETH has dropped from $1,950 to $1,420 between February 23 and February 28. Let’s take a closer look.

As things stand, Ethereum price is trending between strong levels. The strong support level at $1,480 is particularly strong since it braked the bears this Tuesday and prevented them from going down any more. Do note that the relative strength index (RSI) shows that the asset is nearly undervalued.

The IOMAP also shows us the importance of the $1,480 line. Previously, at this level, a little over 483,500 addresses had purchased almost 11 million ETH tokens. This zone is strong enough to absorb a lot of selling pressure.

Matter Labs has recently announced Series A funding for its Layer 2 zkSync scaling protocol. The initiative aims to bring the Solidity smart contract language to the platform. Many leading crypto enterprises such as Union Square Ventures (USV), Cloudflare, Firebase, Twilio, MongoDB and Coinbase are leading the round. 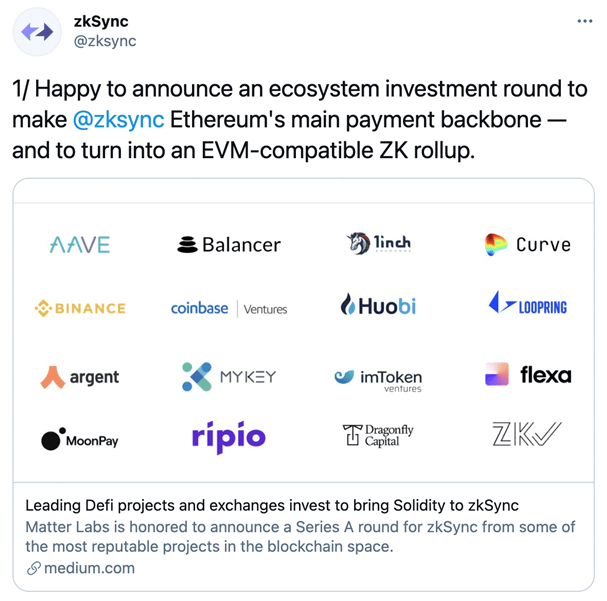 Matter Labs first released its Layer 2 product in December 2019 after raising an undisclosed sum with limited partners. zkSync speeds up Ethereum transactions by using zero-knowledge rollups to batch transactions and process them off the root chain. It can also provide security guarantees comparable to a normal smart contract on Layer 1. The announcement stated that security will be a major factor for users deciding what L2 solution to trade with.

The crypto community will strongly prefer solutions with the least compromises on security, decentralization, and UX.

The announcement added that the zkSync ecosystem can grow endlessly, leveraging composability and compounding network effects. This is crucial for protocols like Aave, Balancer and Curve, which already hold billions of dollars in value.

zkSync has already processed over 1.1 million transactions and has been integrated into several dApps and platforms including Golem, Numio, StablePay and Storj. Matter Labs is planning to facilitate more integrations with major wallets such as those provided by Coinbase and Huobi.

All users will also be able to create and potentially top up their accounts directly from exchanges or on-ramp services (for example Coinbase, Huobi, Binance, Ripio, or Moonpay) without a single L1 transaction.

Investments from the seed round will be channeled into bringing Turing-complete smart contracts with Solidity to zkSync through its own Zinc programming framework. The announcement stated that the public testnet for smart contracts on zkSync will be available in a few months. 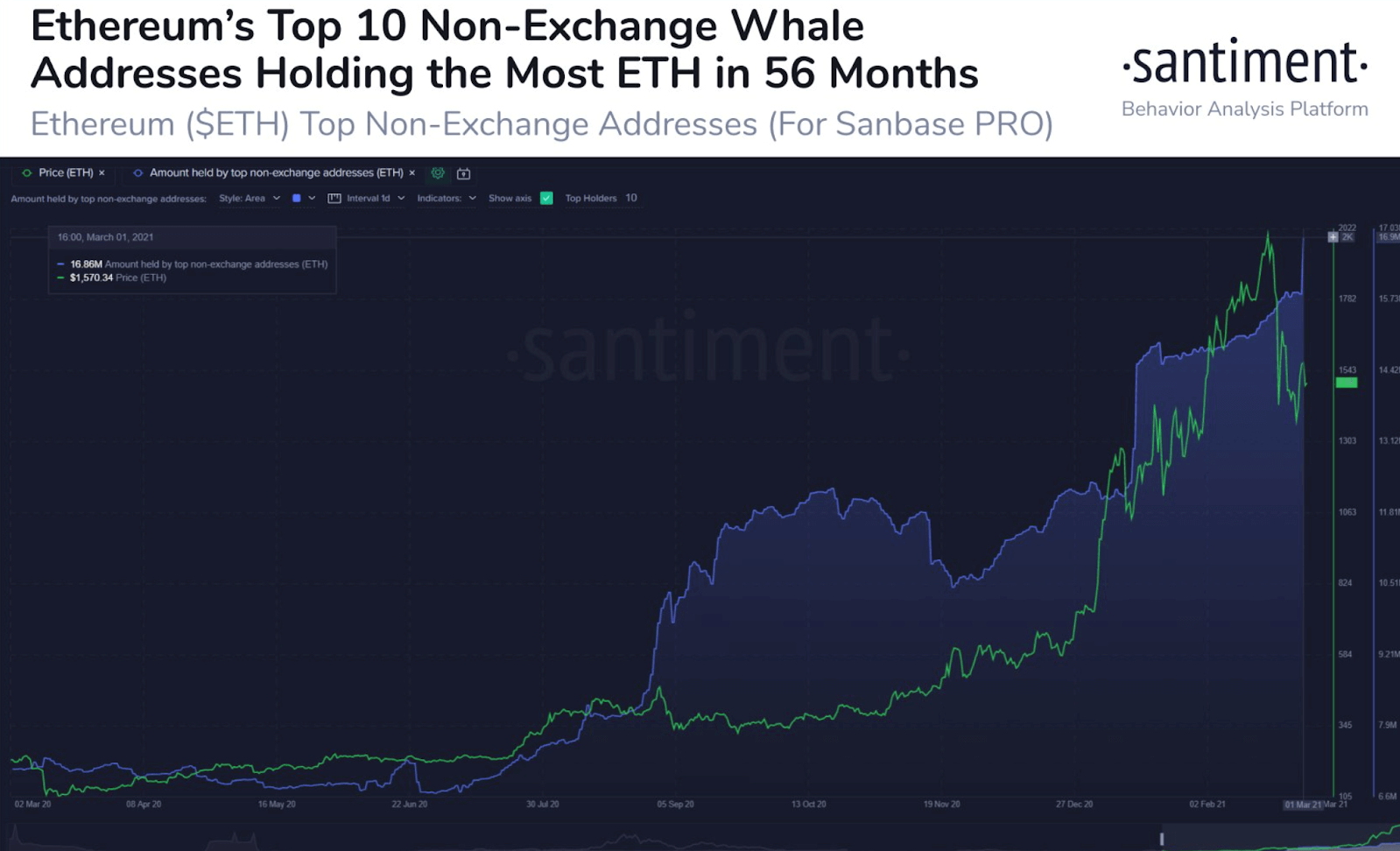 As per Santiment, Ethereum’s top 10 non-exchange whale addresses have been holding the most ETH tokens in the last 56 months.  The company noted:

“#Ethereum's top 10 non-exchange whale addresses are now holding the most combined supply of $ETH tokens (16.86M) since July, 2016. on March 1, a single-day addition of 1.03M tokens was added among these addresses, the highest one-day jump in 6 weeks!”

Another interesting thing noted by Santiment is the price reaction to avge gas fees spikes.

“The average fees of #Ethereum, as we've noted in previous posts, were record-setting in February. But our latest study takes a look at how prices have bounced following the normalization of fees, just as $ETH did this weekend.“

The Ethereum price is trending horizontally between the $1,560 and $1,480 lines.