Between March 30 and April 28, the Ethereum price has been riding along the 20-day SMA and jumped from $1,810 to $2,745, growing by almost $937. After bouncing up from the 20-day SMA, ETH charted four straight bullish candlesticks before the bears eked out an advantage today.

Prior to today, the Ethereum price had four straight bullish days, wherein it jumped up from $2,200 and $2,745. Despite having a bearish session today, the ETH price reached an intraday high of $2,797.97 before dropping to $2,738.

Looking at the daily Ethereum price chart, we can see that it has flashed two buy signals.

On the downside, there is a robust support wall at the $2,450 wherein nearly 510,000 addresses had purchased a little less over 9.30 million ETH tokens. 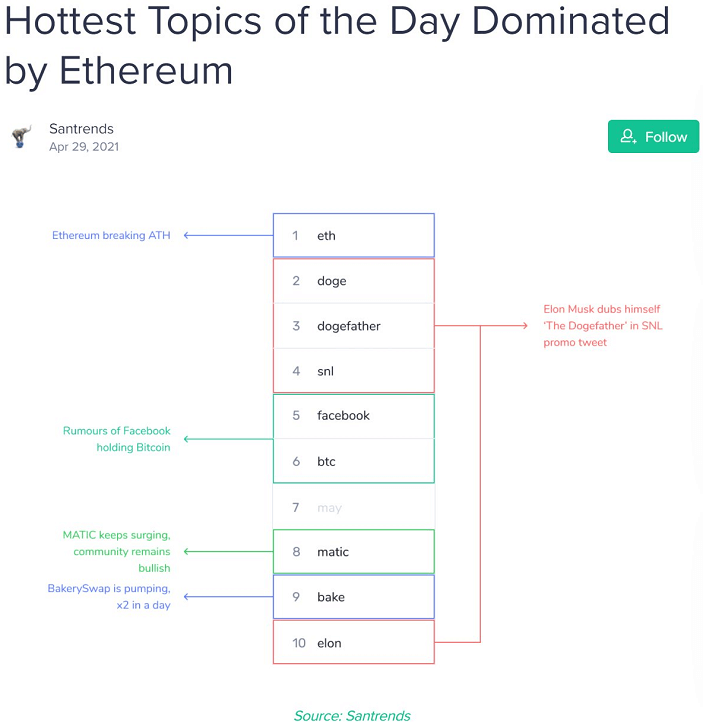 "#Ethereum is unsurprisingly leading the charge in discussion rate after its new #AllTimeHigh. #ElonMusk touting himself #TheDogeFather in an #SNL promo has turned some heads, rumors related to #Facebook holding $BTC, & $MATIC's pump also are trending." 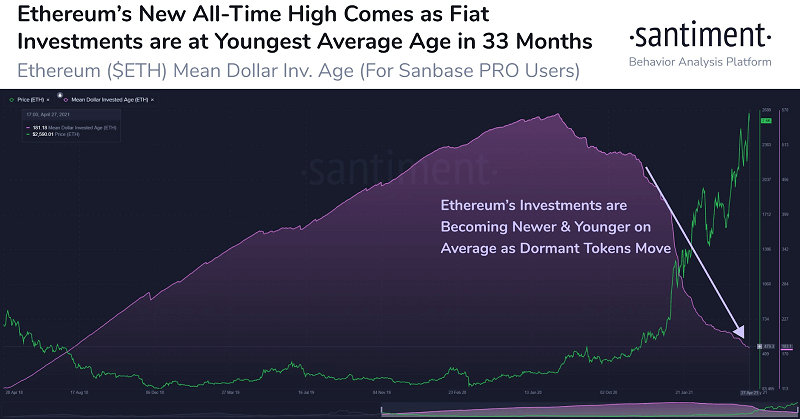 "#Ethereum's dormant tokens are moving rapidly to justify yet another #AllTimeHigh above $2,740 today. With many new $ETH addresses being made and dormant tokens cycling rapidly, this is the youngest average investment we've seen since July, 2018."

ConsenSys noted that a growing number of users are utilizing the MetaMask Swaps feature, said ConsenSys. The feature allows users to swap tokens directly from their wallets across decentralized exchanges, aggregators, and market makers.

Behind swaps, accessing NFTs is the second most popular use case for MetaMask, added ConsenSys. As for its top markets, India and Indonesia are both in the top 5 countries for MetaMask mobile adoption, said ConsenSys, adding that Vietnam and Nigeria are in the top 10. The firm said:

Increasingly, these people use MetaMask to earn a supplemental income or to make long-term investments. Many are unable to access their local banking system and thus need alternative technology to act as a savings account.

The buyers will want to keep on riding this bullish wave and reach the $2,800 psychological level.