Ethereum price has had four straight bullish sessions between May 8 and May 11, wherein ETH jumped from $3,500 to $4,145, gaining almost $650 in its overall valuation. Following that, Ethereum dropped to $4,040. The MACD shows sustained bullish momentum, indicating positive market sentiment. The relative strength index (RSI) is in the overbought zone. However, today’s bearish price action has dipped it towards the neutral zone.

On the downside, Ethereum price has an extremely robust support wall at $3800 wherein almost 250,000 addresses had purchased >8 million ETH tokens. This wall is strong enough to absorb a lot of selling pressure.

Address Activity On The Rise 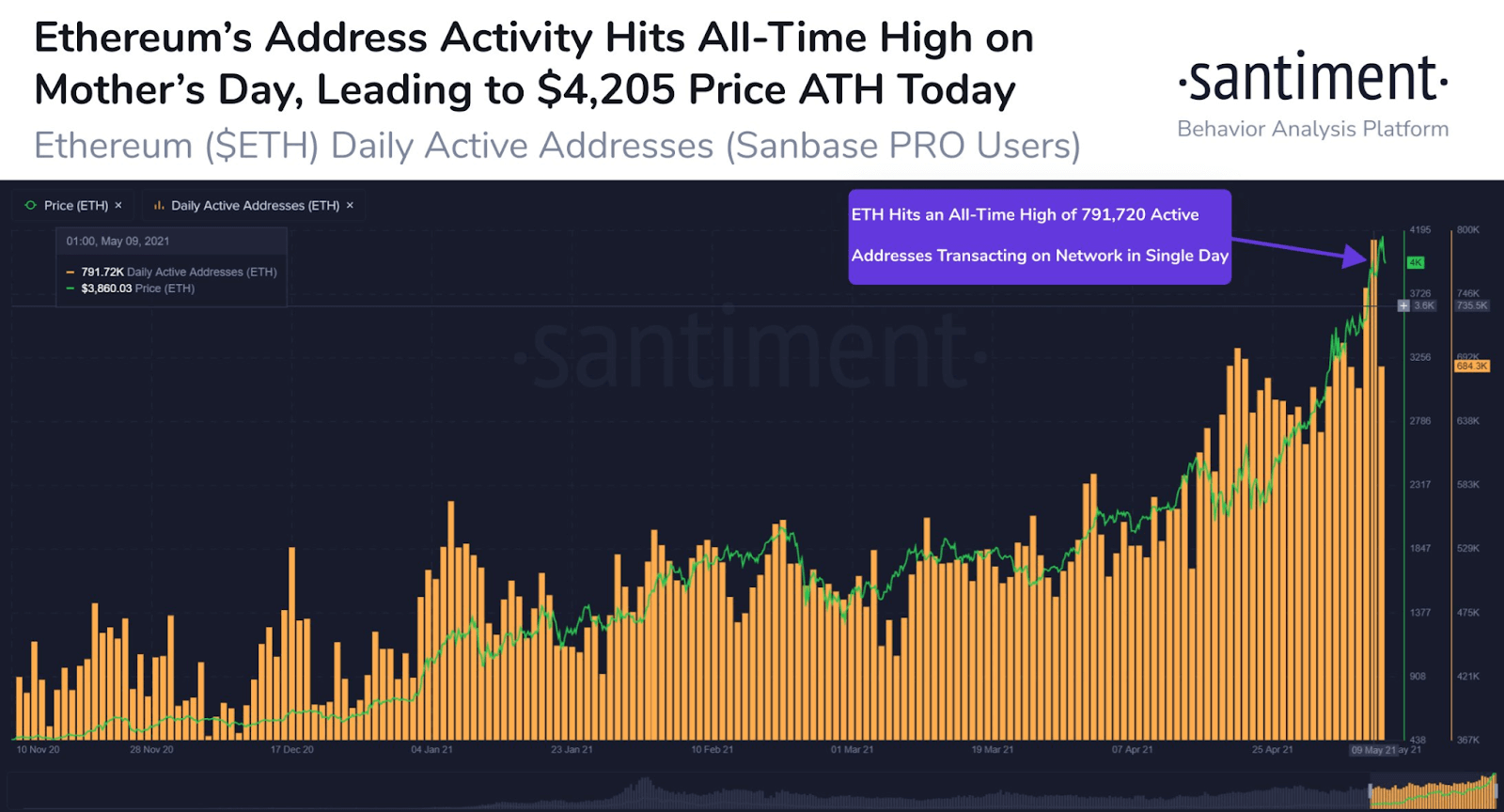 "#Ethereum has been volatile, following an earlier #AllTimeHigh of $4,205 about 5 hours ago. Notably, this came after yesterday's highest day of address activity in $ETH's six year history. Generally, when active addresses grow, prices will follow."

Ethereum Whale Transactions On The Rise 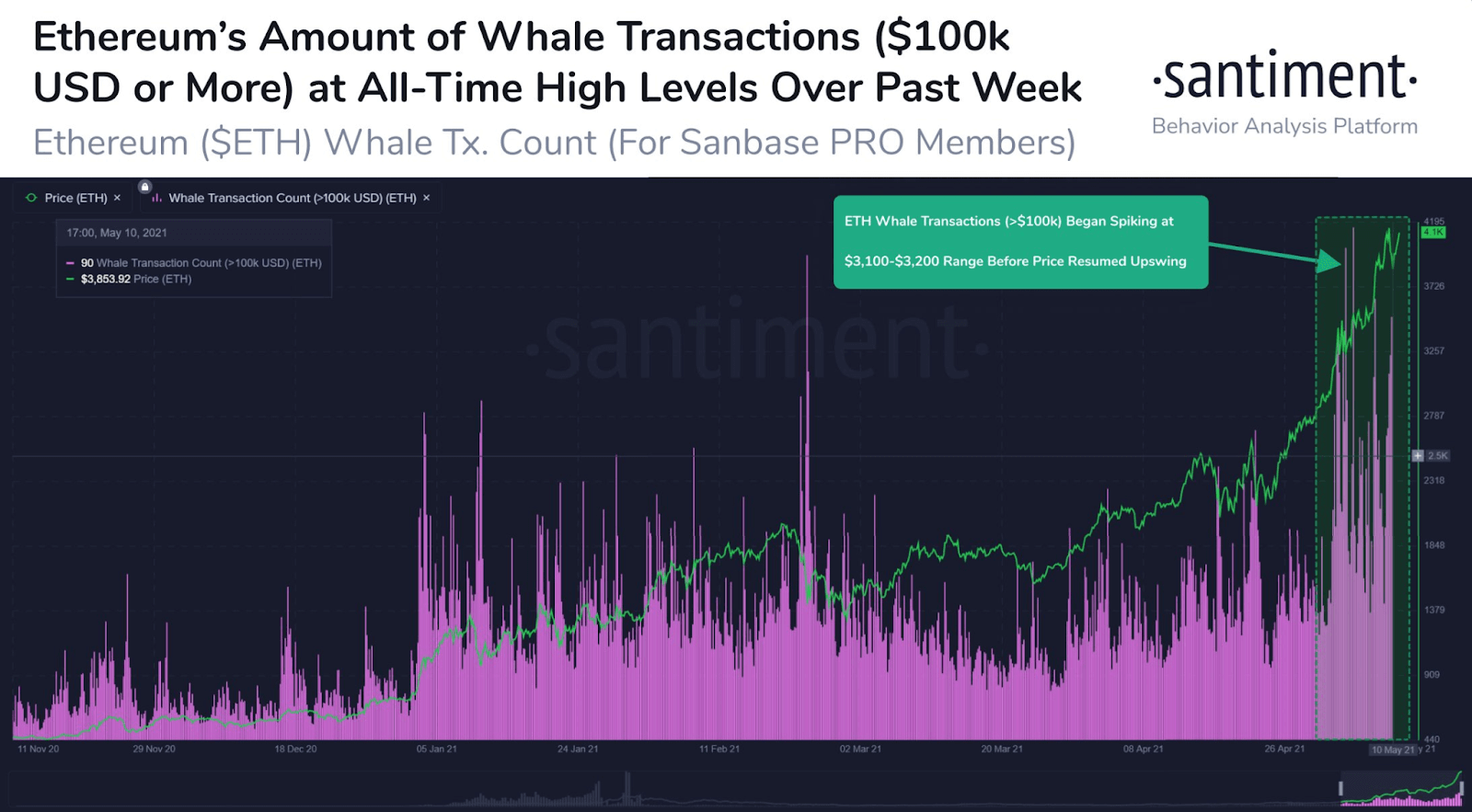 "#Ethereum top stakeholders have been historically active over the past week, with one 4-hour window on May 5 seeing over 6,300 $100k+ $ETH transactions. This explosion in activity beginning on May 3rd had much to do with the inevitable rise to $4,200."

eBay Taps Into The NFT Ecosystem

Ebay Inc recently allowed the sale of non-fungible tokens (NFTs) for digital collectibles like images, trading cards, or video clips on its platform. eBay has become the first e-commerce company to tap into the recent excitement around NFTs.

NFTs have exploded in popularity this year, as enthusiasts have spent enormous sums of money on artwork and other items that exist only online. Some NFTs were sold for tens of millions of dollars recently at auction houses Christie’s and Sotheby’s.

While multi-million dollar NFT deals, including the $69 million sales of digital artwork by Beeple in March, have risen in the art world, a market for digital collectibles has also thrived simultaneously. eBay told Reuters that an NFT inventory will be provided to sellers who meet eBay's standards. It added that users could expect to see programs, policies, and tools in the future that will let them buy and sell NFTs across a broader range of categories.

In the coming months, eBay will add new capabilities that bring blockchain-driven collectibles to our platform.

The announcement came after eBay said earlier that it was open to the possibility of accepting cryptocurrency as a form of payment in the future and was looking at ways to get NFTs on its platform.

It seems highly unlikely that the Ethereum price is going to break below the $3,800 support barrier anytime soon. On the upside, the buyers need to take down to the $4,200 level for it to reach new heights.