This Monday, the Ethereum price crashed from $2,240 to $1,945, dropping below the $2,000 psychological level. The MACD and the relative strength index both indicate that ETH could drop some more and test the 200-day SMA.

Looking at IntoTheBlock’s IOMAP, we can see that the Ethereum price has healthy support at 200-day SMA ($1,875). Previously, at this level, over 300,000 addresses had purchased almost 1.13 million ETH tokens. 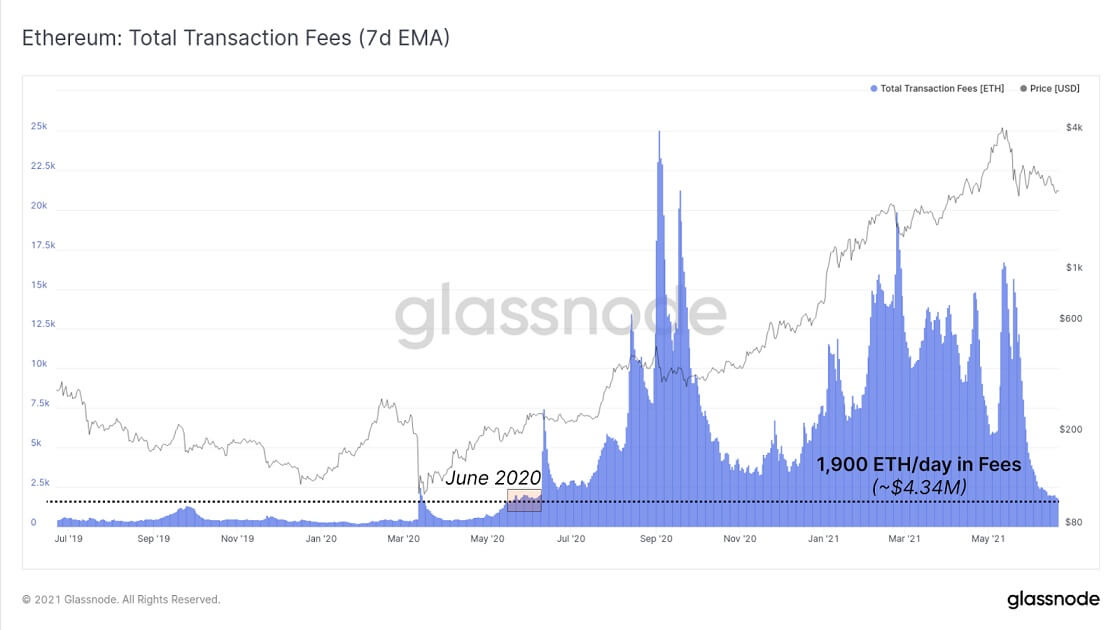 "For Ethereum, daily fee revenue has fallen from over 15k ETH/day in early May to just 1.9k ($4.34M). This represents around 10% of total miner revenue being sourced from transaction fees. We have to look as far back as June 2020, before 'DeFi Summer', to find similar levels of transaction fees paid." 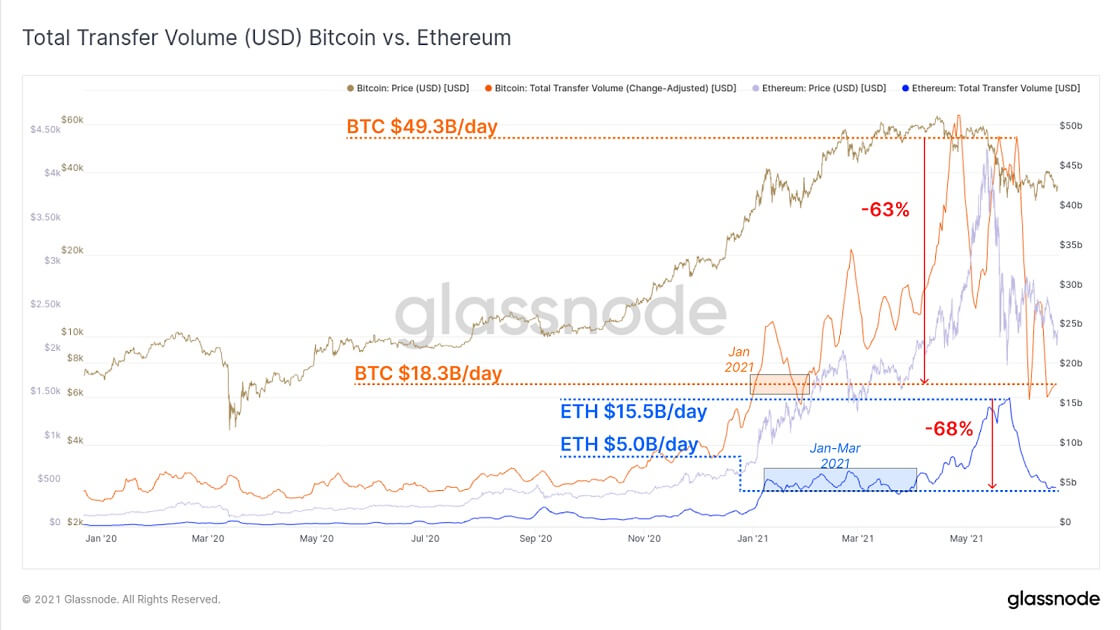 "When it comes to USD value settled on the networks, the decline in activity is even more dramatic. Both Bitcoin (change-adjusted) and Ethereum (ETH transfers) are settling -63% and -68% less USD value respectively, compared to the recent highs set in May. Bitcoin is settling around $18.3B per day, whilst Ethereum is settling $5B/day in ETH transfers, both demonstrating equivalent volume to Q1 2021." 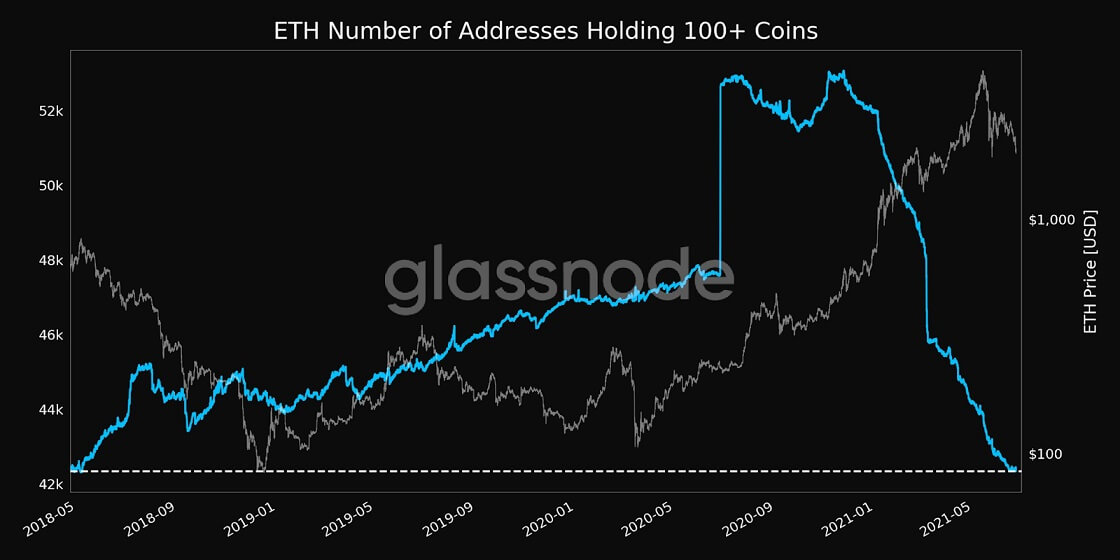 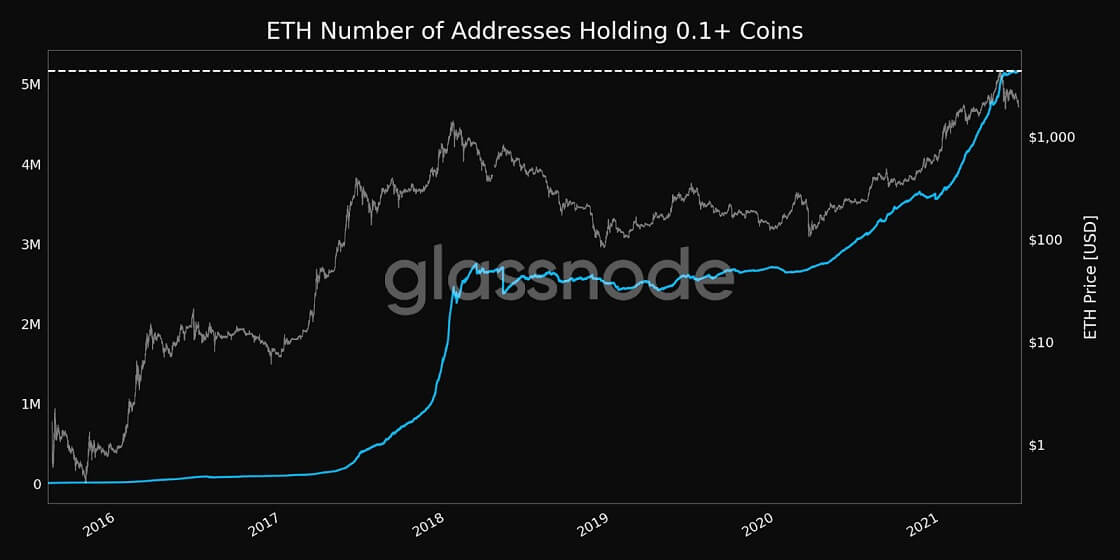 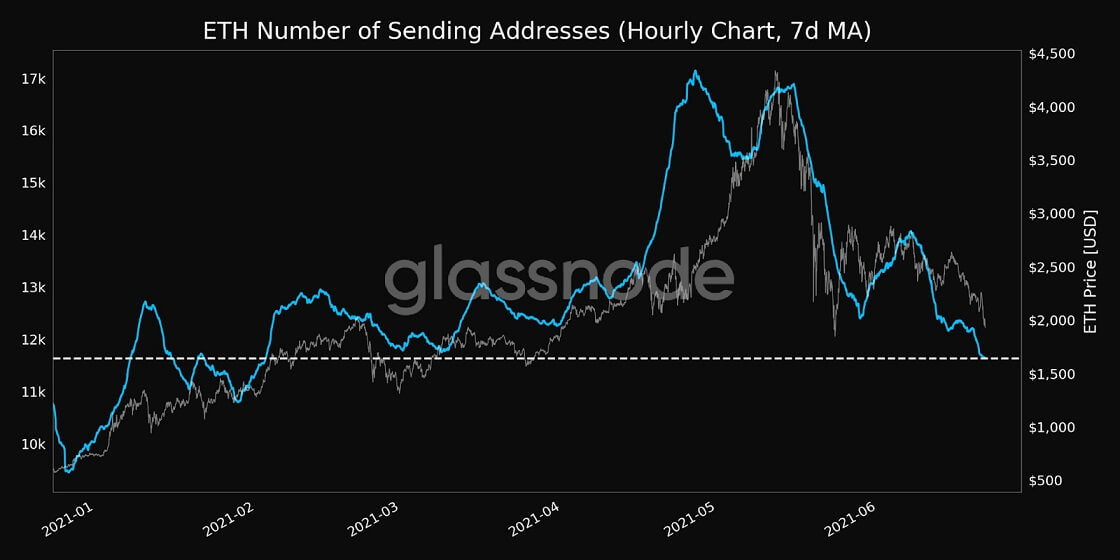 Crypto Analyst: Ethereum Price To Break Above $10K In Second Half of 2021

Pseudo-anonymous crypto analyst KALEO (@CryptoKaleo) recently made several price predictions for Bitcoin (BTC) and Ethereum (ETH). On January 17, KALEO tweeted that they expected to see BTC go over $100K in H2 2021. They predicted the Ethereum price to go above $10K.

As for 2022–2023, Kaleo said that they expect to see major regulation against crypto. They also predicted the Bitcoin price to fall below $50K and the Ethe price to drop below $1K. As for other crypto assets, Kaleo expects them to suffer heavy losses. They tweeted:

My predictions for 2022/2023: - $BTC back down to ~$50K - $ETH back down below $1K - Alts die again - Bears who were bearish the whole way up from here to the top call for infinite clout - Major regulation comes against crypto. People call Bitcoin dead again (it isn’t)

Point I’m making w/ alts is basically everyone is going to get rugged eventually if the majority of your capital remains in s***coins. It’s that simple. Plenty of $ to be made on the way up. More to lose on the way down. All part of the game.

Meanwhile, Bitcoin dropped below $35,000 levels as local authorities in China's Sichuan Province had ordered a ban on mining Bitcoins amid concerns about energy usage. Edul Patel, the CEO of Mudrex, said:

The selling pressure that we witnessed last week continues to trouble the cryptos coming into this week. The trading volumes for both Bitcoin and Ethereum have increased. It indicates increased activity among both buyers and sellers. However, the bears seem to be overpowering the bulls at the moment.

Having fallen below the $2,000 psychological level, the Ethereum price is crashing towards the 200-day SMA. A further break will take ETH to $1,750.