Ethereum is right now hovering between the $1,800 resistance barrier and the 20-day SMA. This current bearish sentiment has forced the MACD to reverse from bullish to bearish. However, the 20-day and 50-day SMAs have diverged from each other to prevent the formation of bearish cross.

The $1,800 resistance is particularly strong since 760,000 addresses had previously purchased 12.33 million ETH tokens at this level.

Ethereum Dev Activity On The Rise 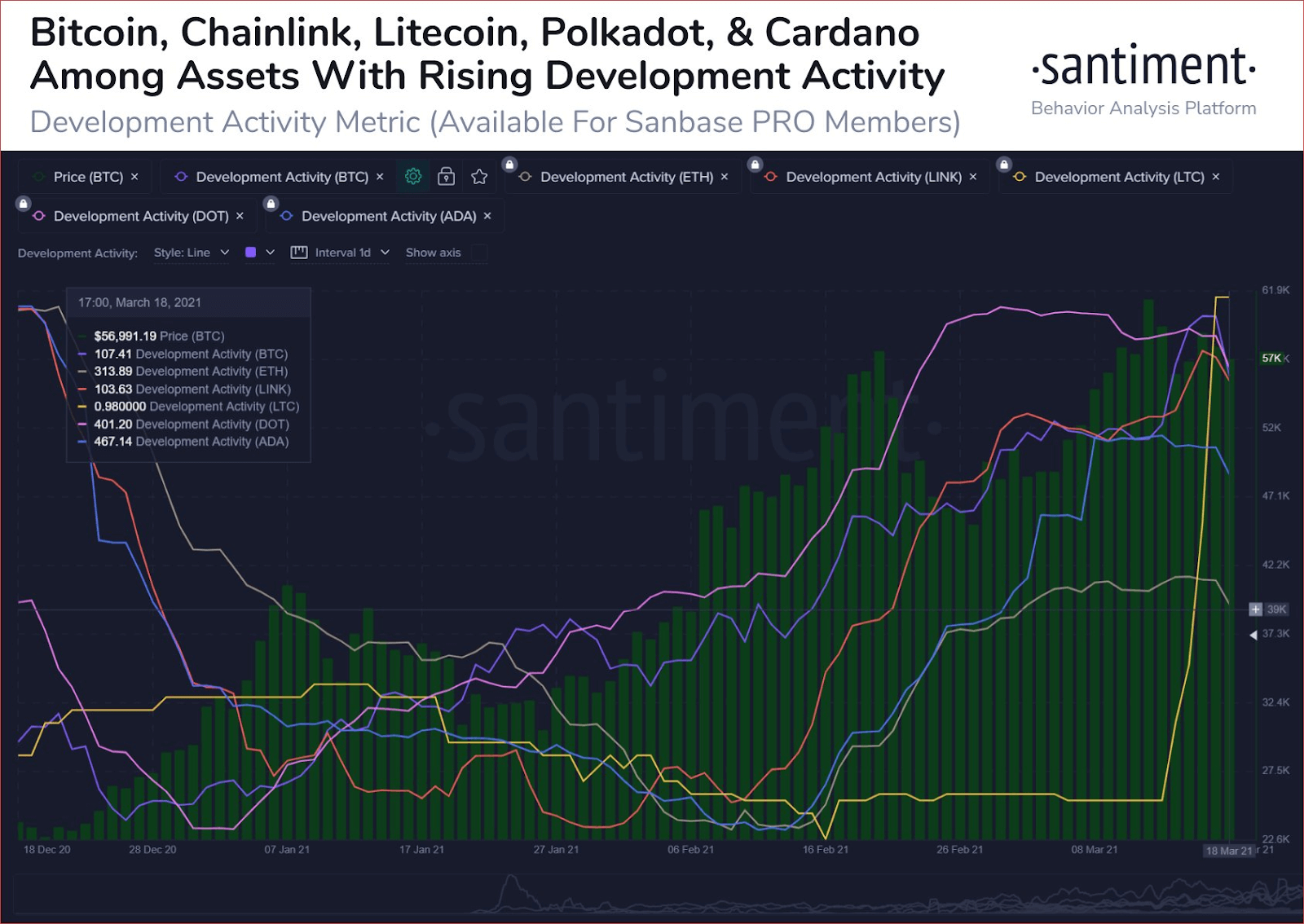 As per Santiment, the amount of dev activity is on the rise in Ethereum

“Prices may be ranging, but many top cap. #crypto assets are increasing their daily rate of notable development activity. #Bitcoin, #Ethereum, #Chainlink, #Litecoin, & #Polkadot are all at or near their highest rate of #github submissions in 3 months.”

Chinese tech company Meitu recently announced an additional crypto investment. The firm has acquired 16,000 ETH (around $28.4 million) and 386 Bitcoins ($21.6 million approximately). The recent purchase has brought its total crypto holdings up to around $90 million.

The company made the additional purchase through Miracle Vision (a subsidiary of Meitu) to align with their Cryptocurrency Investment Plan. On March 5, the company bought 15,000 ETH ($22.1 million) and 379 BTC ($17.9 million). Meitu now holds $50.4 million in ETH and $39.5 million in BTC. The move follows the firm’s previous statement about cash devaluation.

The Board believes cryptocurrencies have ample room for appreciation in value and by allocating part of its treasury in cryptocurrencies can also serve as a diversification to holding cash.

According to the Board, more companies across China and countries from Southeast Asia are adopting crypto.

The Ethereum price will probably keep hovering horizontally below $1,800.