The TD sequential detector tells us that ETH could drop for one more session before flashing the red-nine candlestick – a bullish signal. Due to this recent drop, the MACD has also reversed from bullish to bearish. As things stand, ETH is dropping towards the $1,800 support wall.

Looking at IntoTheBlock’s IOMAP, the Ethereum price has the strongest support line at $1,650 line. Previously, at this level, over 420,000 addresses had purchased almost 9 million ETH tokens. 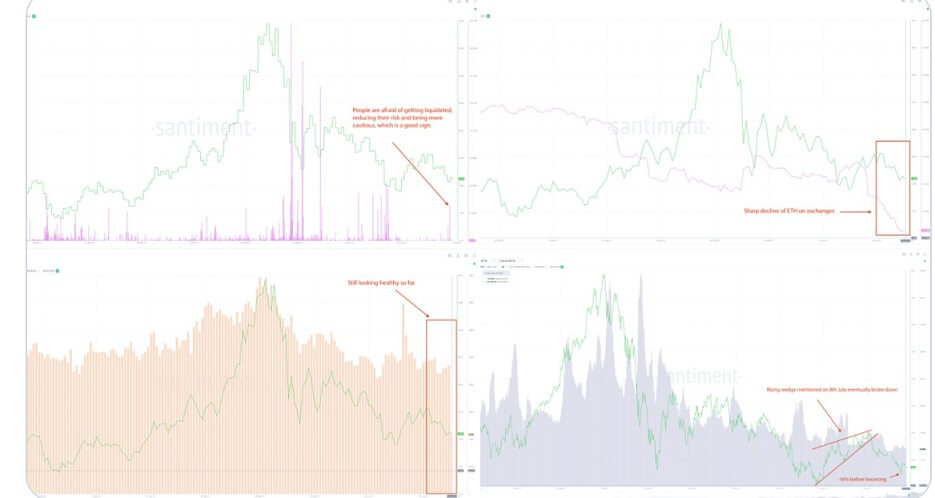 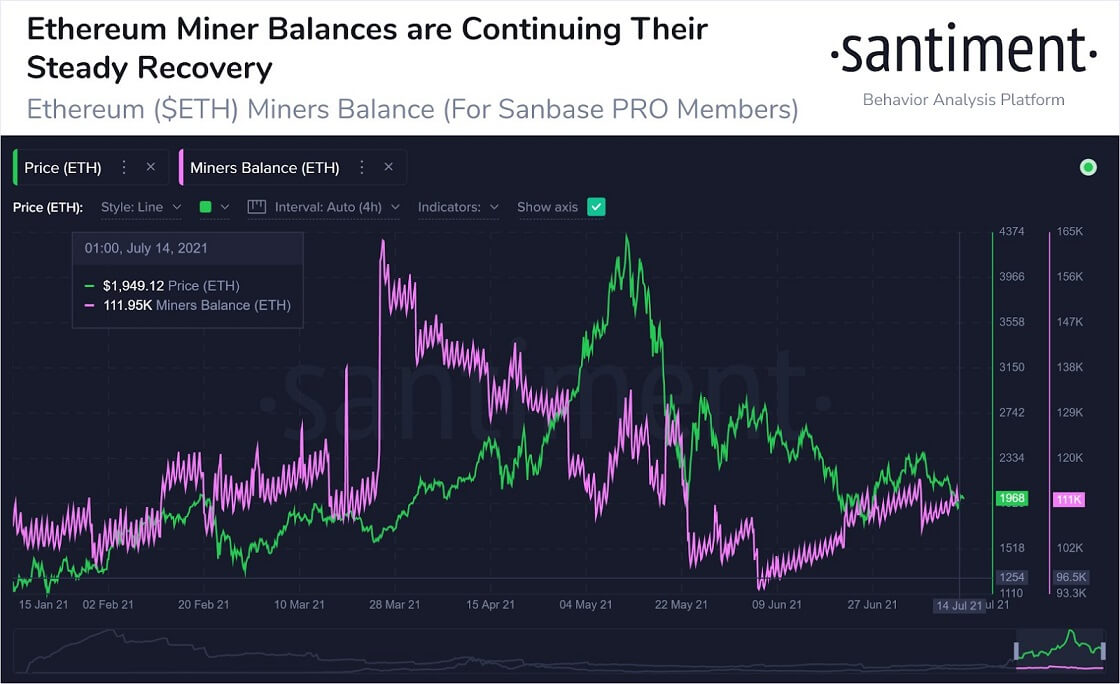 “Miner balances for #Ethereum have been rising steadily for the past month or so. After miners held a staggering 163.3K $ETH back on March 26th, it dipped to as low as 94.2K on June 6th. Now, balances are on the road to recovery back to 112k.” 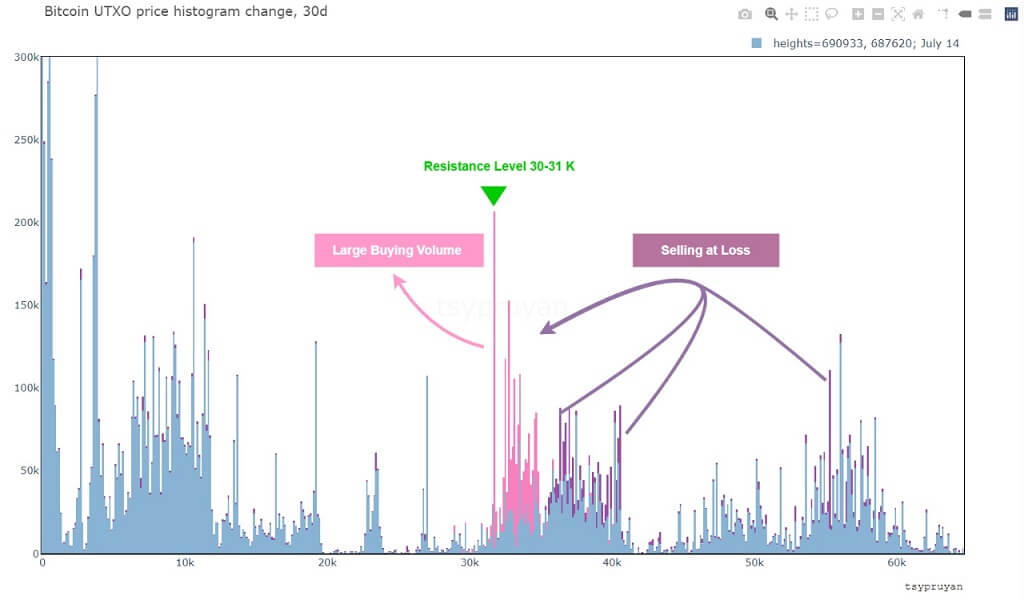 [Bullish] Looking at the UTXO price histogram 30D change (by @tsypruyan), a significant price-support level has formed at 30K, through recent consolidation (strongest since 10K).

Blue/Pink bars is a histogram for the current UTXO set, Blue/Purple bars for the UTXO set 30 days ago.

[Bearish] The most important missing driving force for a price recovery is the lack of capital inflow in the market. This point is apparent in Realized Cap Oscillator (negative 30D-change rate: Net Capital Outflow).

“Downtrend on $ETH supply on exchanges is still going on. The netflow was deeply negative in the last couple of days.”

As per local reports, the Ethereum ETF will have a ticker QETH11 and will appear on the country’s stock exchange called B3. It will follow the CME CF Ether Reference Rate, used by the CME Group.

“Expanding the horizon of diversification, QETH11 becomes a simple, safe, and regulated option for any investor to gain direct exposure to Ethereum through their preferred brokerage.”

Interestingly, QR added that the new ETF would use “secure institutional custody” provided by the US exchange Gemini, owned and operated by the Winklevoss brothers.

Notably, this is the second approved crypto exchange-traded fund in Brazil. According to an earlier CryptoPotato report, the nation’s securities regulator greenlighted a Bitcoin ETF. Furthermore, Canada also has three operational BTC ETFs within its borders, all approved since the start of this year.

At the same time, the US SEC continues to reject most applications while delaying the latest attempts by VanEck and SkyBridge Capital.

The $1,800 support wall needs to hold strong to prevent any further drop. The buyers could potentially bounce up from this level and touch the $2,000 psychological level.