Ethereum had a historic Tuesday as the bulls managed to touch its all-time high level ($1,432). Since then ETH has retraced to $1,400. This is the first time Ethereum price is trending around these levels since January 2018.

Ethereum Price Is Reversing From Bearish To Bullish

The buyers have remained in control of Ethereum price for four straight days, during which it jumped up from $1,165 to $1,400. Yesterday, the buyers even managed to flip the parabolic SAR from bearish to bullish. This shows that the overall sentiment of the market is extremely positive.

However, do note that the RSi has crept into the overbought zone. As such, a future bearish correction could up for cards. In that case, IntoThBlock’s IOMAP shows us that a resilient support barrier lies at $1,200 wherein 129,000 addresses had purchased 6.4 million ETH tokens.

The 4-hour chart has another interesting little observation for us. It seems like Ethereum price actually flashed a sell signal in this timeframe with a green-nine candlestick in the TD sequential detector. This prompted ETH to drop from $1,425 to $1,360 before it recovered again. 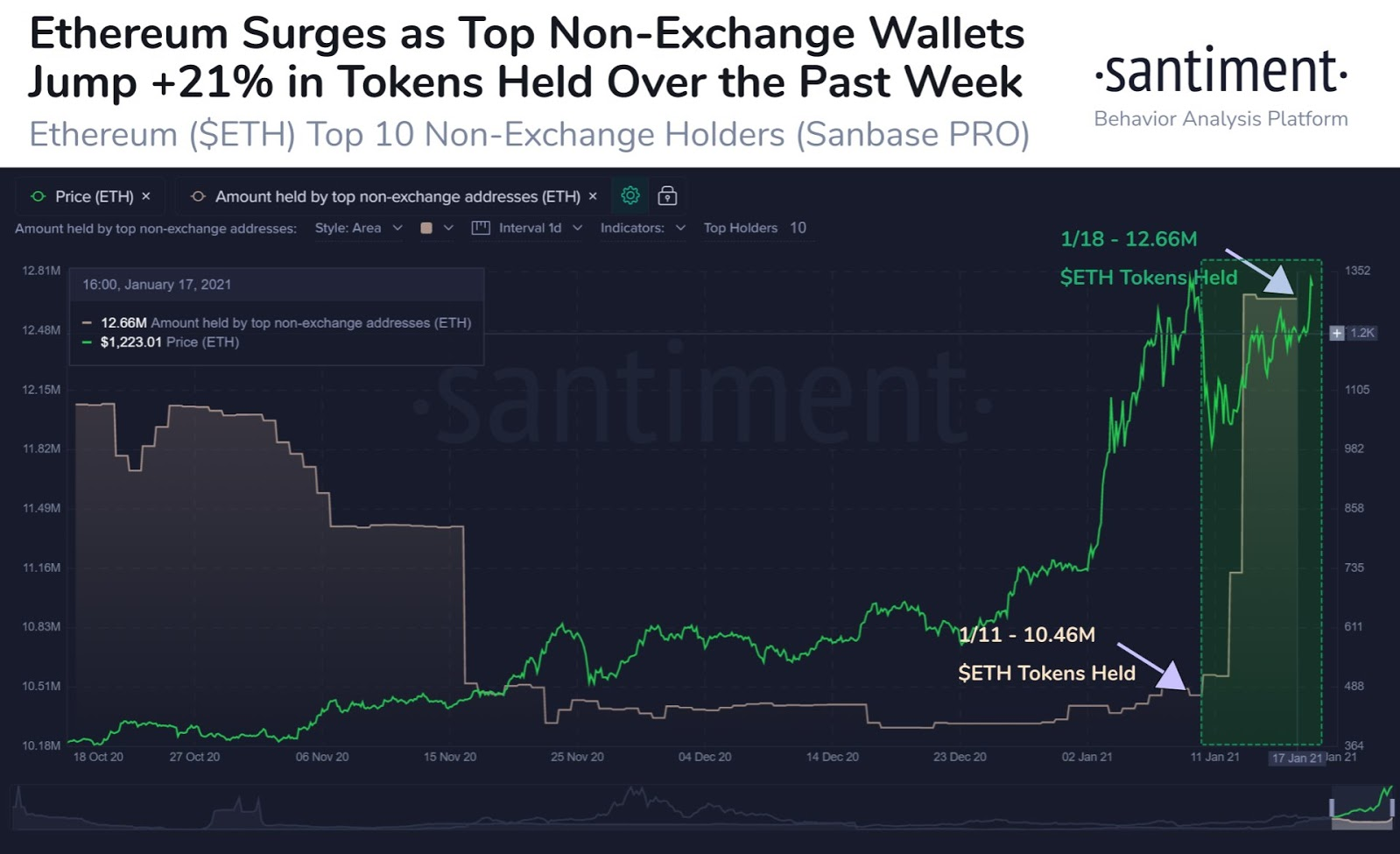 Small ETH Addresses On The Rise

The interest in Ethereum from retail investors has been surging in recent times. The number of wallet addresses with small amounts of ETH has seen new records. Ethereum Google searches also recently reached its all-time highs.

Google trends data is generally a reliable indicator of retail investors' behaviour, especially when it comes to less-known investment assets. For instance, Ethereum searches on Google saw significant highs during the 2017/2018 rally when the asset skyrocketed to its all-time high of $1,450.

The worldwide “Ethereum” Google searches have exploded in recent times and marked a new all-time high, as ETH was headed into a four-digit price territory. Another good indicator of the surging interest of retail investors are wallets with small ETH holdings. The non-zero wallets have been gradually increasing since 2018 and recently broke above 50,000,000. The new ATH came at nearly 52,500,000.

Data from Messari indicates that the daily volume of transactions on the Ethereum network is now 28% greater than on the Bitcoin network. Messari’s Ryan Watkins took to Twitter to highlight the news. 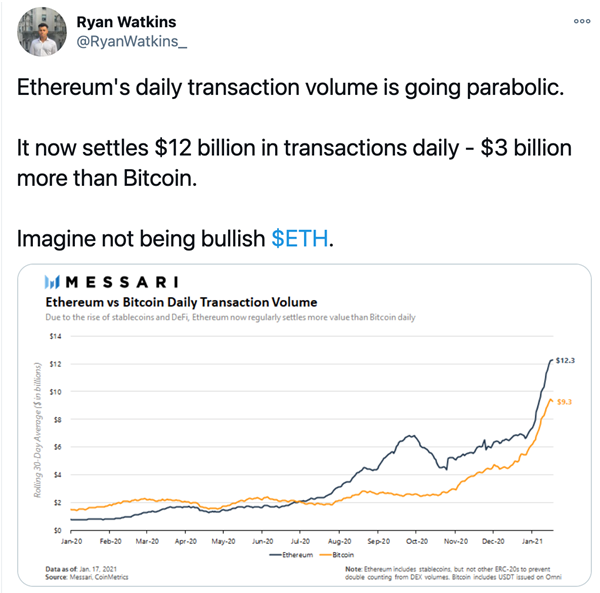 The data excludes non-stablecoin ERC-20 transactions for Ethereum to avoid double-counting DEX volumes. According to Blockchain Center’s “Flippening Index,” Ethereum is 63.5% of the way to having flipped Bitcoin. This index uses eight metrics to track whether the Ethereum network has surpassed Bitcoin in size and activity.

Despite momentum building for Ethereum, the index shows that Ether’s market cap is just 21% of Bitcoin’s. However, Messari estimates the entire Ethereum ecosystem to be worth $212 billion (31% of Bitcoin’s market cap).

With so much optimism going around Ethereum, we can expect the price to shatter its all-time high levels and reach new heights. This is pretty similar to how BTC shattered the $20,000 level and entered the $30,000 and $35,000 zones. We can expect Ethereum price to reach at least $1,500 before this week ends.