Ethereum Technical Analysis: ETH Retreats Back Above $2,500 After Drop Below $2,000

Ethereum Price Drop Is Not Over Yet

Despite this $2,000 crash, technical analysis shows that the Ethereum price is going to drop some more. The MACD shows increasing bearish market momentum, so a further drop in ETH is expected. The relative strength index (RSI) shows that a further drop is in the cards before it gets oversold.

Looking at IntoTheBlock’s IOMAP, Ethereum price is sitting on top of a relatively strong support wall at $2,150. Previously, at this level, nearly 400,000 addresses had purchased almost 1.2 million ETH tokens.

Looking at some on-chain analytics, it seems like a further drop could be in the cards. According to glassnode, 199,947 ETH ($445M) was deposited on exchanges 10 mins before the time of writing.. This is the biggest inflow we had this year. 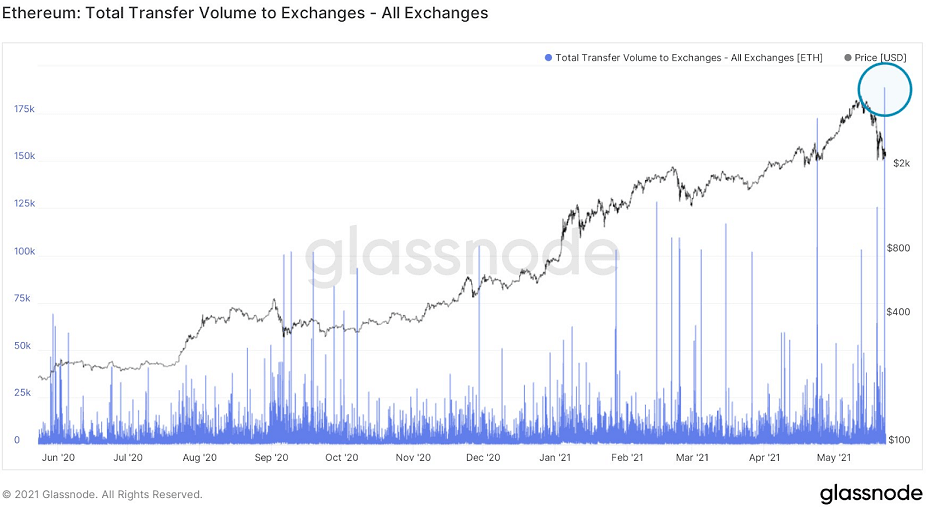 Ethereum Whale Activity On The Rise 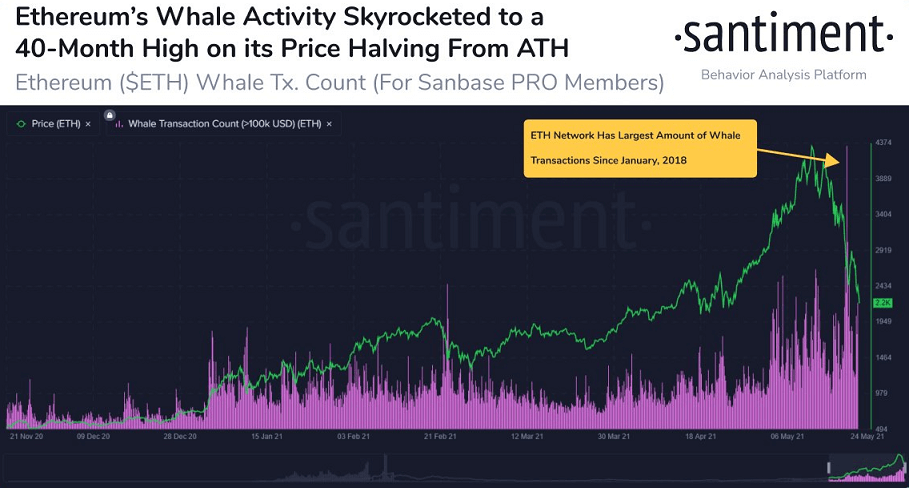 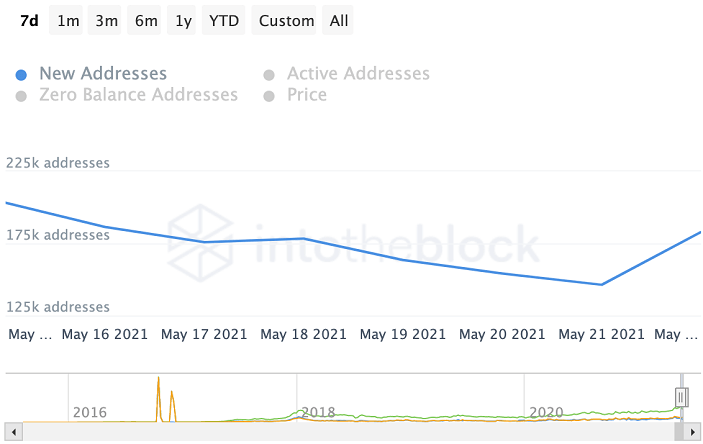 This is a pretty positive signal for Ethereum. It shows that after new addresses entering Ethereum had been consistently going down, this number has suddenly climbed up.

Market Value to Realized Value (MVRV) is the ratio between market cap and realised cap. It gives an indication of when the traded price is below a "fair value." ETH MVRV (1d MA) just reached a 4-month low of 1.966.

ETH Number of Addresses in Profit (7d MA) just reached a 1-month low of 56,252,396.262. However, despite this, it seems like more addresses are accumulating Ethereum than ever before.

One  Report Shows NFT Sales Going Down; Another Shows That 'Market Set to Double by October'

NFT’s have become a massive success in 2021. However, a recent report from Sophie Kiderlin, a Markets Insider contributor, indicated that the NFT market is “starting to cool off, as both prices and volumes fall.” Kiderlin noted that the market is seeing a steep decline after the infamous Beeple sale for $69 million.

Sale volumes for art NFTs declined by almost 42%, making this the sector with the biggest losses. In the same timeframe, prices dropped by 40.5%. This translates to a sales value drop from over $71 million to $41.5 million as of today.

Kiderlin’s editorial added that the only sector in the NFT space that has been doing well is “virtual plots of land and digital real estate” within the metaverse. According to a recent report by Invezz Newsdesk, The Markets Insider contributor’s data might be short-sighted.

The Invezz-written study said that there is “no sign of the bubble bursting” and the “NFT market [is] set to double by October.” The Invezz report predicted that the NFT market cap would increase “from $338 million in 2020 to $470 million in 2021.”

The Invezz study did recognize that the NFT space saw a reduction in volume this past April. The article concluded by saying:

The total trade volume of NFTs dipped to $68 million in April, leading some to conclude that the bubble was already bursting. Some feel that the price rise is pure tech speculation with little value or utility behind the products being sold. Some analysts say a market correction was inevitable following the boom in March.

On the other hand, it’s far too early to conclude if the April data shows that interest has totally cooled. One month’s worth of data is hardly indicative of any longer-term trends.

This is not the first time skeptics have said that the NFT bubble will burst. There has also been a surge in NFT-related scams since the trend has grown exponentially. Despite these criticisms, the Invezz study does not see major corrections affecting the NFT economy like BTC’s and ETH’s recent downturns.

The Invezz study authors concluded by saying that the NFT “market looks like it’s resistant to the forces that have caused a correction in the price of cryptocurrencies like Bitcoin and Ethereum in recent times. Thanks to its unique combination of innovative technology and creative freedom, the demand for NFTs shows no signs of slowing down.”