Following the bullish rally of the last three days, the Ethereum price has jumped and reversed the parabolic SAR from negative to positive. ETH reached an intraday high of $2,920 before correcting to $2,730. The MACD shows decreasing bearish market momentum.

Ethereum Gas Usage Goes Up, But Then Transactions Go Down 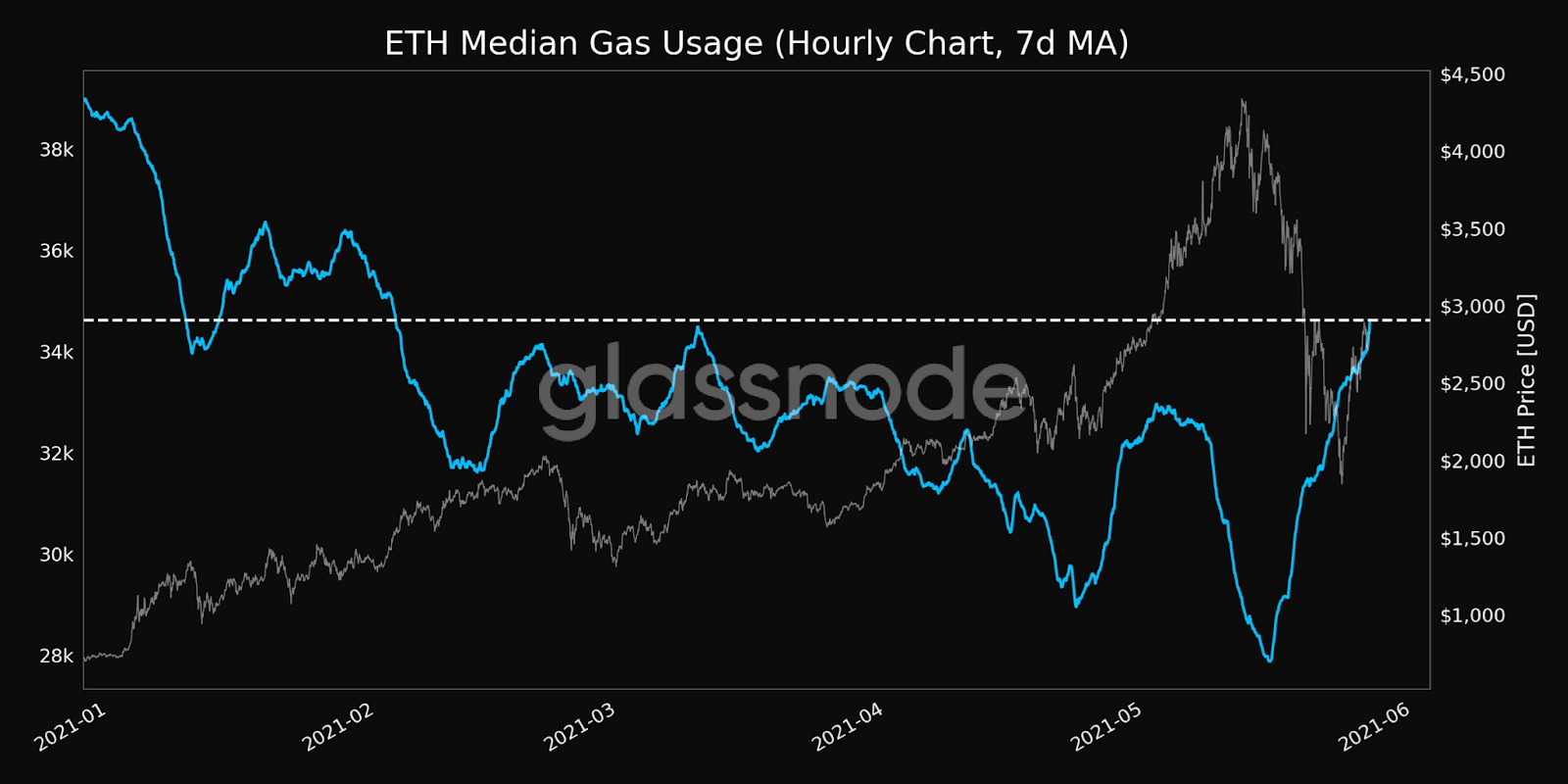 Glassnode noted that the Ethereum gas usage has gone up quite a bit.

However, the number of Ethereum transactions seems to have gone down. 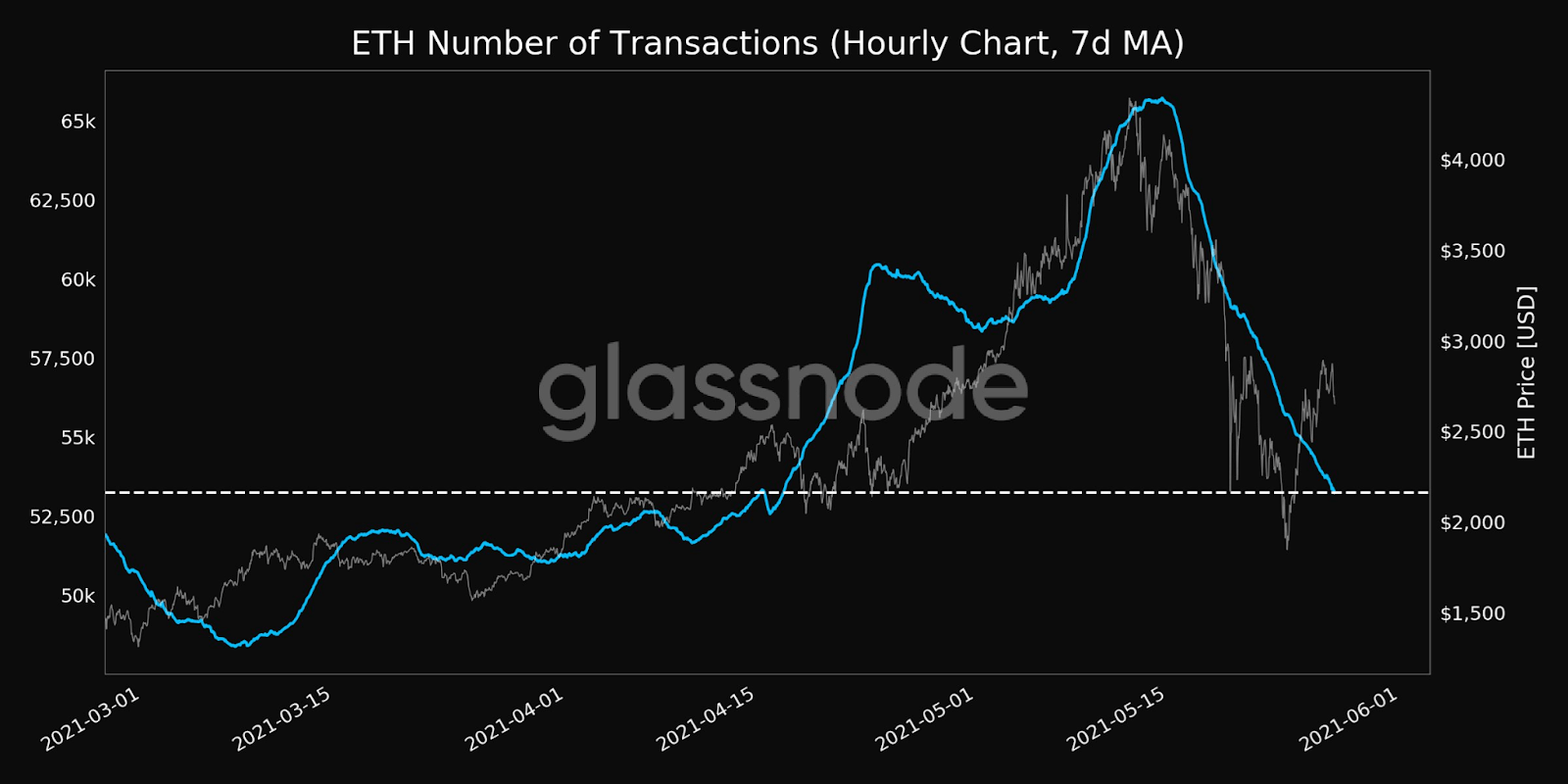 Along with this the number of sending addresses has also dropped. 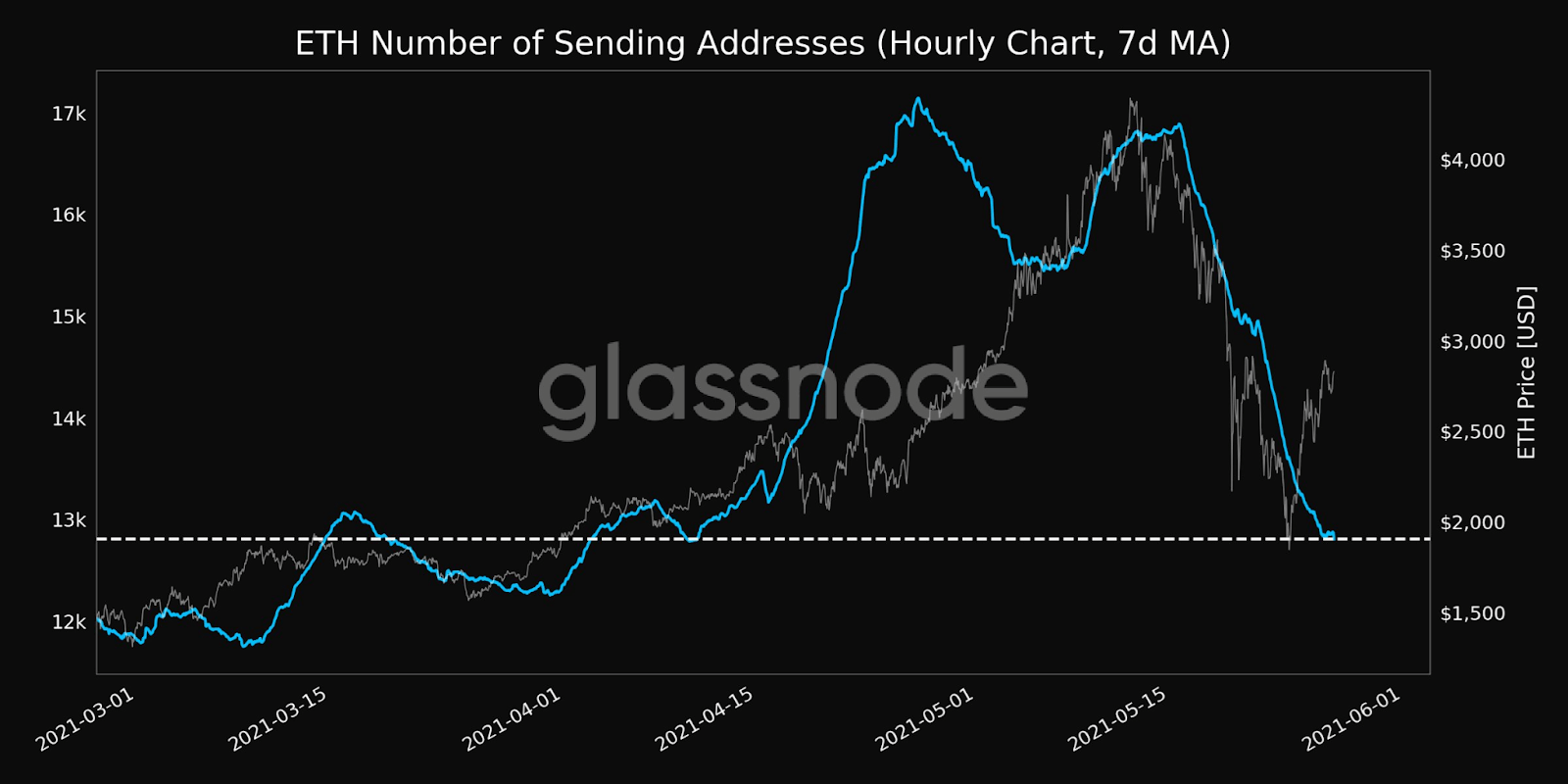 "I hate it to say, but $ETH seems more attractive than $BTC. $ETH Balance on exchanges are back on pre-dump levels. Combined with the break of the daily price levels (2775$), it is stronger than $BTC which hasn't recovered inflow levels & is at daily resistance"

GameStop, one of the largest video game retailers, has recently unveiled a new web portal for a non-fungible token (NFT) platform. The company noted that they are “building a team.”

The exact scope of the project is currently. However, a link highlighted on the website leads to an Ethereum address, indicating that GameStop's team will use Ethereum as a technology base.

Reflecting on the intended audience for the NFT offering emerging from GameStop's team, an animated image on the page stated:

In related news, blockchain startup Propy is auctioning an apartment as an NFT. The NFT is attached to a modern, brand new, one-bedroom apartment in Kiev, Ukraine, that Propy previously made history with by making it the first-ever blockchain-based real estate sale.

The buyers will need to push the  Ethereum price above the 50-day SMA to take down the $3,000 psychological level.