As things stand, the Ethereum price is trapped between the 20-day SMA and the $2,350 support line. This Tuesday, ETH failed at the 20-day SMA and crashed from $2.590 to $2,360 over the next two days. The price has since jumped up to $2.430. The MACD shows slight bullish market momentum, which relative strength index (RSI) is trending in the neutral zone as the buyers and sellers are canceling each other out.

Looking at IntoTheBlock’s IOMAP, we can see that the Ethereum price has healthy support at $2,350. Previously, at this level, over 745,000 addresses had purchased over 2.25 million ETH tokens. 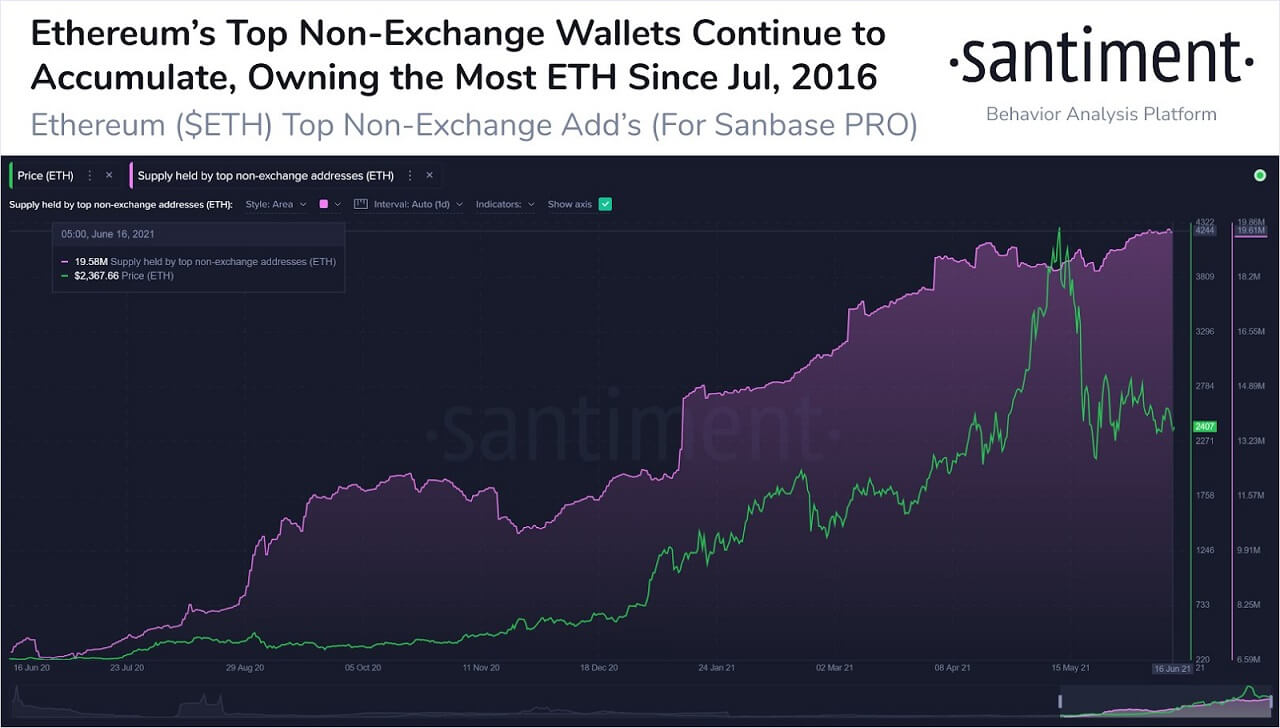 "The top 10 #Ethereum non-exchange whale wallets are continuing to climb in terms of $ETH held. Combined, the 19.67m coins held by these addresses are the most combined $ETH owned by the top 10 non-exchange addresses since July, 2016." 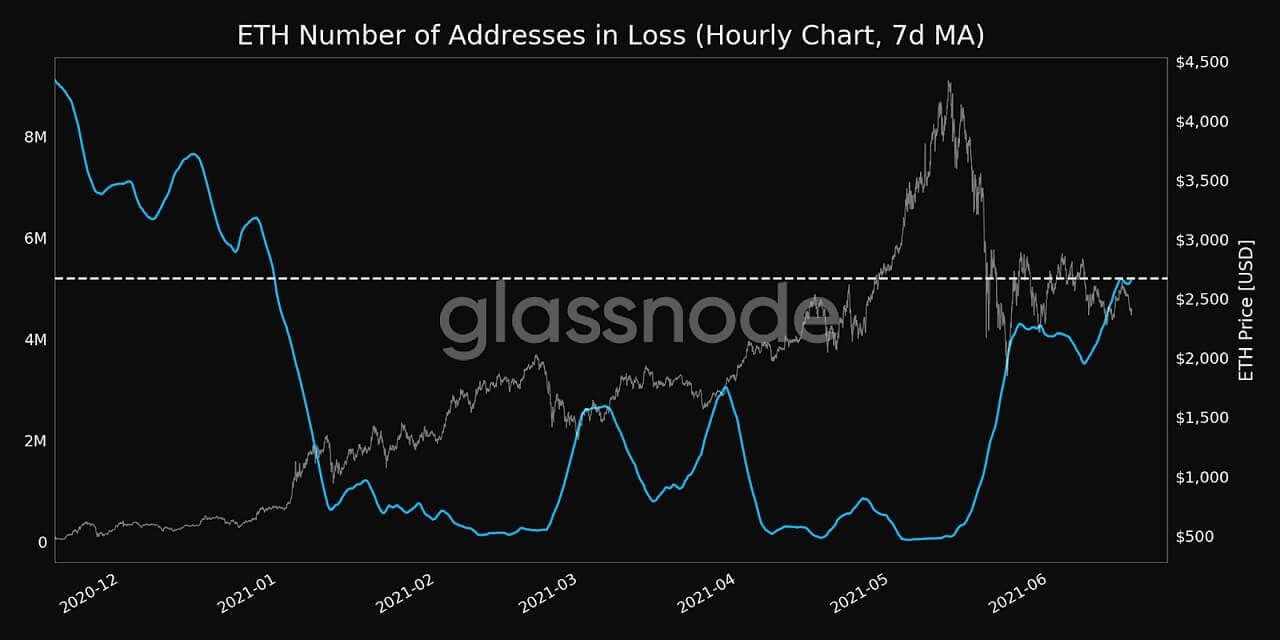 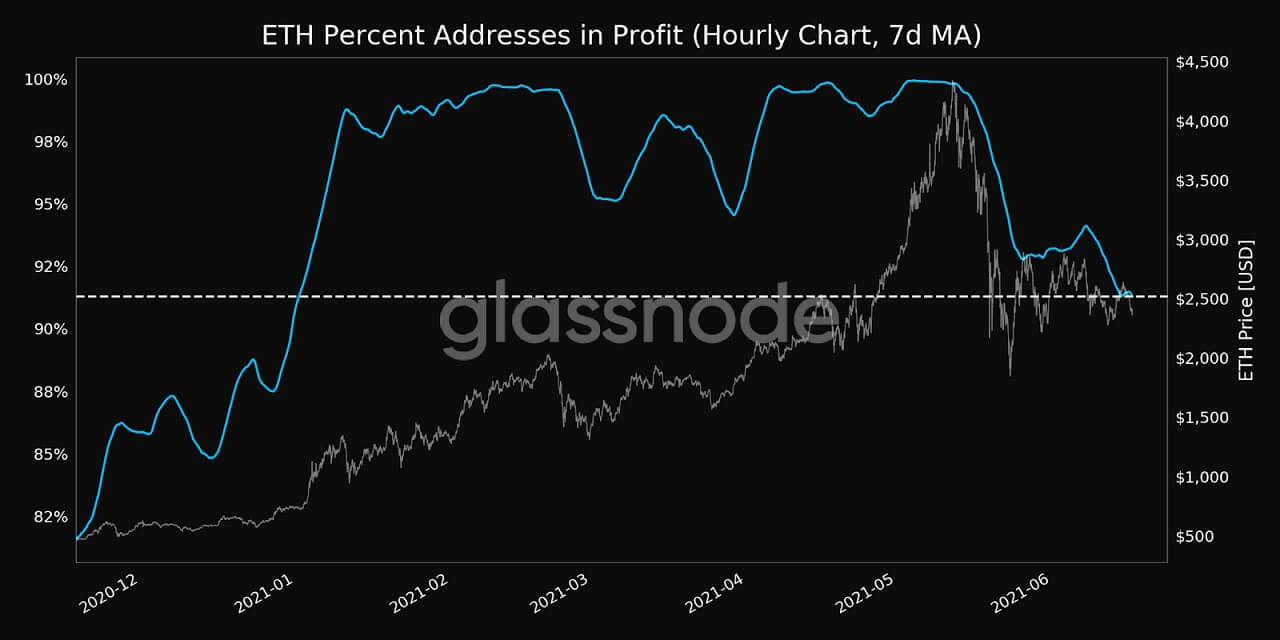 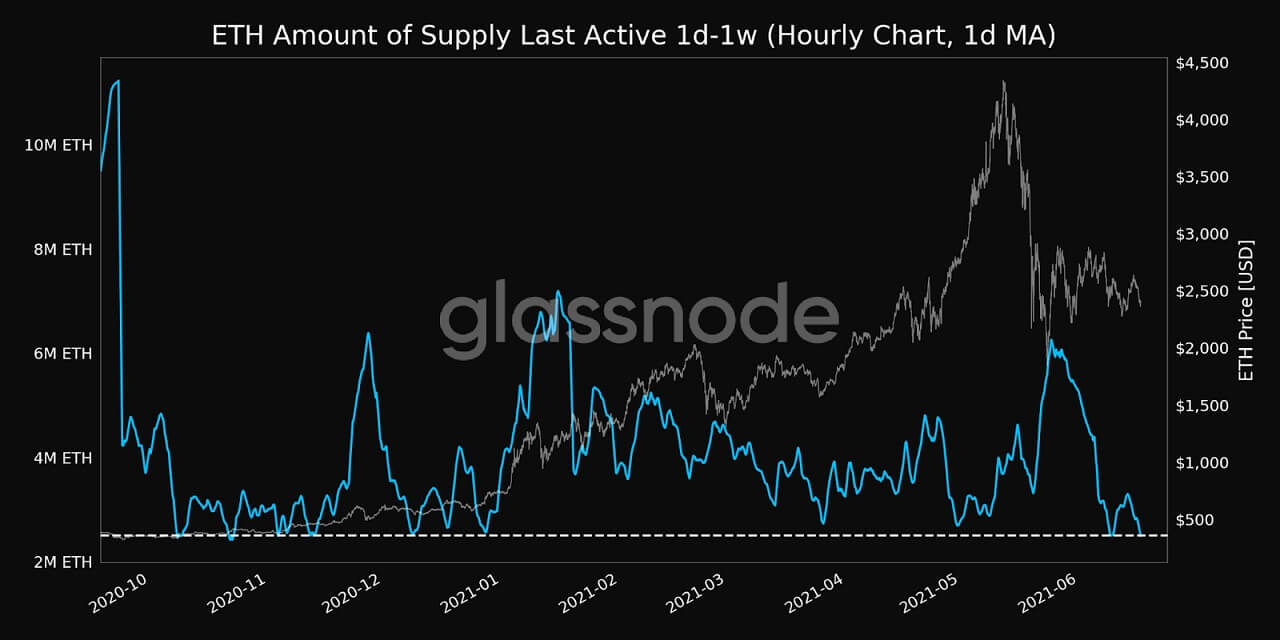 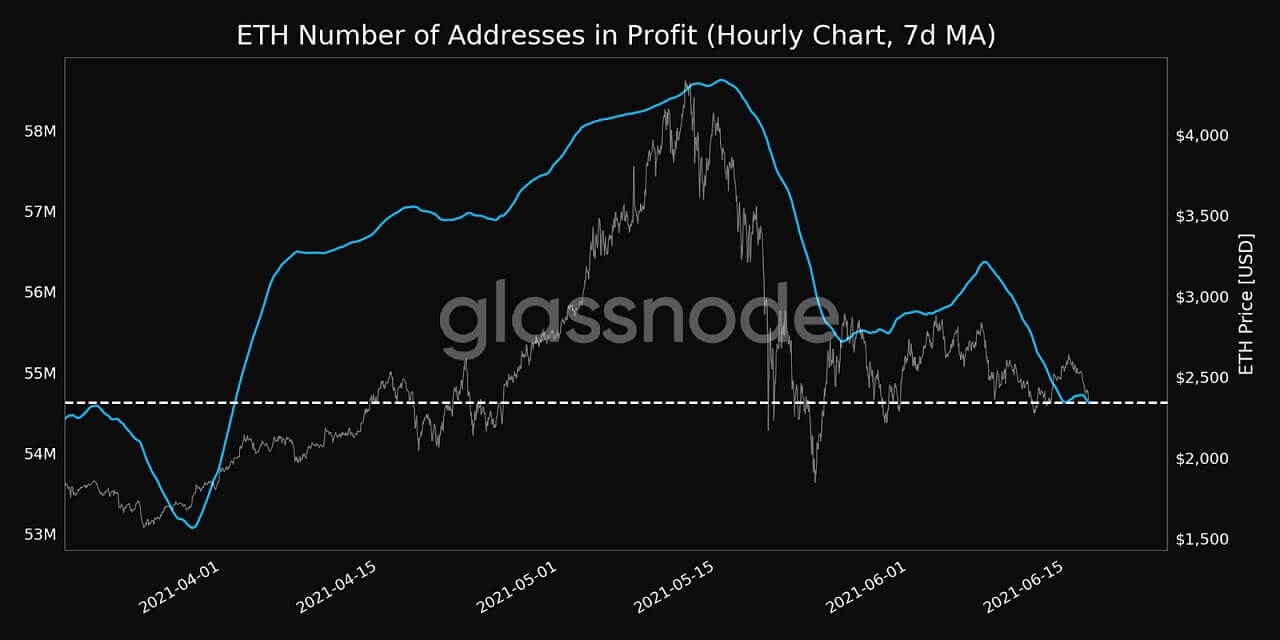 MicroStrategy CEO: Bitcoin is not the only cryptocurrency that can thrive

In a recent CNBC interview, MicroStrategy CEO Micheal Saylor shared his views on the future of cryptocurrencies. Saylor is one of the most vocal Bitcoin proponents. Over the past year, he raised the profile of his company by investing heavily in BTC.

In the interview, Saylor said that different cryptocurrencies serve different purposes, but it might take time for newcomers to the digital asset space to recognize those distinctions. For example, Saylor said that he sees Bitcoin as “digital property” and a store of value, while Ether and the Ethereum blockchain strive to disrupt traditional finance.

You’re going to want to build your buildings on a solid footing of granite, so bitcoin is made to last forever — high integrity, very durable. Ethereum is trying to dematerialize exchanges and the finance establishment. I think that as the market starts to understand these things, there’s a place for everybody.

MicroStrategy announced recently that it completed a debt offering to use proceeds to buy more bitcoin. The company also said that it is launching a program to sell $1 billion worth of additional stock over time. Saylor told CNBC the firm could use money from the stock offering to purchase Bitcoin, to retire debt or for general corporate purposes.

Shares of MicroStrategy are up about 62% so far this year and more than 400% in the past year.

Repeated failure to break past the 20-day SMA will be catastrophic for the Ethereum price. If the $2,350 support line doesn’t hold, it could drop ETH to the $2,000 psychological level.