How Much Power It Takes To Create A Bitcoin

Mining Bitcoin is not easy and, in many cases, not cost-efficient.

At one time, anyone could mine Bitcoin at home. But, now, the days of mining Bitcoin from a home computer or laptop are fast disappearing.

Few people realise how much power it takes to create a Bitcoin nor the Bitcoin mining electricity cost.

This article will discuss how much power it takes to create a Bitcoin and the electricity consumption for mining Bitcoin. We'll look at is Bitcoin bad for the environment and is it worth the environmental cost?

Up until 2013, Bitcoin miners had it reasonably easy. The computer systems they used needed considerable computing power for Bitcoin mining, but nothing like the computing requirements of mining bitcoin in 2021.

Back then, running costs for Bitcoin mining were manageable because fewer miners were trying to solve the Bitcoin puzzle.

But then, Bitcoin mining centres started to appear around the globe and mining Bitcoin was increasing in difficulty. Each Bitcoin miner tries to solve the same complex hashing problems and be the first to provide the solution to earn Bitcoin rewards.

When each puzzle is solved, the following 10-minute block begins. So it's an ongoing process with continual power usage.

When Bitcoin mining first started, the difficulty level was 1.

Computers around the globe are tackling computational problems, all trying to solve the same puzzle.  Costs are likely under-appreciated.

And what cost is Bitcoin mining to the environment?

How Bad Is Bitcoin For The Environment?

Environmental experts suggest that Bitcoin mining is harmful to the environment because of the energy-intensive process needed to mine Bitcoin.

On 12th May 2021, Elon Musk caused an outcry from Bitcoin fans when he suspended Bitcoin as an acceptable payment for vehicle purchase because of climate concerns.

He said,  "We are concerned about rapidly increasing use of fossil fuels for Bitcoin mining and transactions, especially coal, which has the worst emissions of any fuel."

"Cryptocurrency is a good idea... but this cannot come at great cost to the environment."

Elon Musk says they don't plan to sell their Bitcoin but won't use it for transactions until Bitcoin mining shifts to more sustainable energy. He's made a stand for the planet, and now, how will the Bitcoin mining centres respond?

Elon Musk's statement caused a 10% drop in the price of Bitcoin. But he's right. According to the Digiconomist, Bitcoin has a carbon footprint comparable to New Zealand.

Bitcoin produces 36.95 megatons of CO2 annually, and this figure will continue to grow.

Cambridge University suggests that Bitcoin consumes more energy each year than the entire energy consumption of the Netherlands.

The Bitcoin mining process has to change, and electricity must come from sustainable, green sources and not cause further damage to our environment. The massive production of carbon dioxide, methane and ozone from Bitcoin mining must stop.

Greenhouse gases allow sunlight to enter the atmosphere of the earth, and the heat becomes trapped. If Bitcoin mining continues to grow exponentially, it is adding to the overheating of the planet.

How Easy Is Bitcoin Mining?

Bitcoin pushed into the public eye when the price rose to $20k a few years ago. Suddenly, everyone wanted to be in on it and either wanted to buy Bitcoin or learn how to mine Bitcoin. 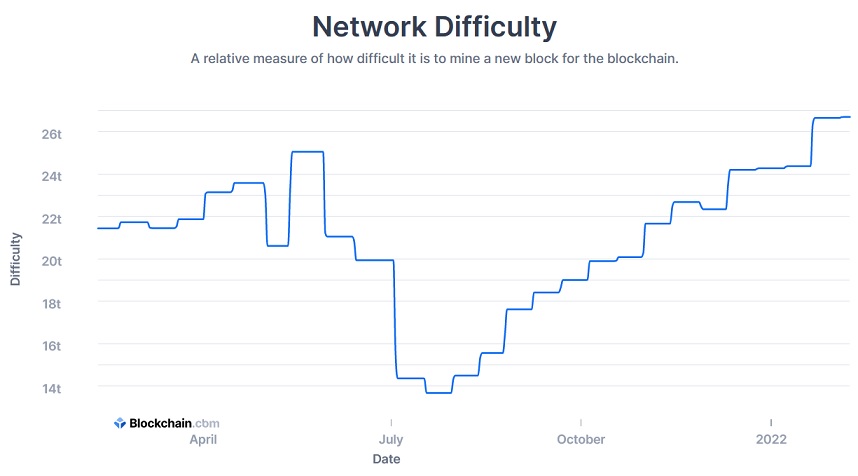 How Does Bitcoin Mining Work?

Each Bitcoin miner tries to solve the computational problem.

The problem is that the more Bitcoin miners attempt to solve the puzzle, the harder it becomes, but how long does it take to mine 1 Bitcoin?

It takes 10 minutes to mine 1 BTC, but those miners with the best Bitcoin mining software are more likely to solve the puzzle first. This process is called the hash problem.

What Is The Carbon Footprint Of Bitcoin?

We've established that Bitcoin mining uses a lot of electricity which means high volumes of carbon emissions. For example, one transaction of Bitcoin has the same carbon footprint as 680,000 Visa transactions.

The complex hash problem requires high-tech computers, which means that Bitcoin mining electricity consumption is high and, as such, is potentially harmful to the environment until the Bitcoin mining process switches to green, sustainable energy sources.

Andrew Hatton, head of IT at Greenpeace UK, said the larger issue at hand is that "we're largely powering 21st-century technology with 19th-century energy sources."

"Bitcoin's spiralling energy usage is largely down to the huge amount of data-crunching needed to create and maintain this cyber-currency," Hatton told CNBC. "But their fast-growing hunger for electricity is just an early symptom of a much bigger problem to come."

"As online services become bigger and more complex, the demand for computing power is bound to go up over the next few years, and that will require more energy," he added. "The problem is that only about a fifth of the electricity used in the world's data centres comes from renewable sources, and that's not good enough."

How much computing power does it take to mine a Bitcoin? And how much electricity to mine 1 Bitcoin?

So, the first step is to calculate how much energy it takes to solve the hash problem.

You can do this by calculating how many sums are conducted per second to solve the hash problem. Then you figure out how much electricity this uses. To make it easier, you can source an online cost calculator. 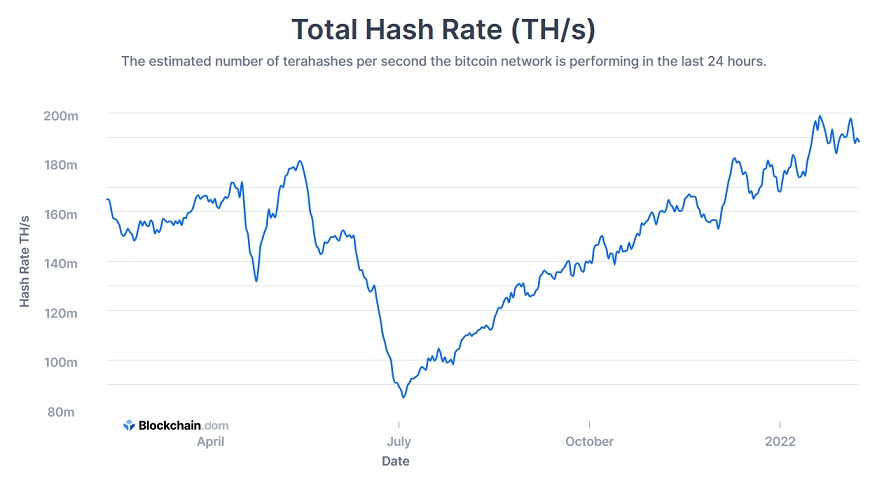 Most Bitcoin mining computers now use ASIC technology (Application-specific Integrated Circuit) which is more energy efficient but can be costly to buy, starting from $500 and up to $10,000.

According to CCAF (Cambridge Centre for Alternative Finance), Bitcoin consumes around 110 Terawatts per year which is 0.55% of global electricity. This figure is roughly the annual energy used by a small country such as Malaysia or Sweden.

How much does it cost to mine Bitcoin? Well, that depends on where you are in the world and the cost of your electricity supplier.

Is Bitcoin Mining Worth The Environmental Cost?

How can we evaluate the cost to the environment for mining Bitcoin?

As the price of Bitcoin hit crazy new highs of $68k in November 2021, this can only create more interest in Bitcoin, which will encourage more Bitcoin mining.

But there is good news.

The Bitcoin Clean Energy Initiative aims to reduce the environmental impact of Bitcoin mining by encouraging a shift from conventional power to sustainable, clean energy. The mission of the initiative is to provide a platform for Bitcoin miners and other crypto mining.

Bitcoin mining with conventional energy is no longer viable for environmental purposes. But, it only takes one or two Bitcoin mining companies to lead the way with green energy.

In March 2021, Argo Blockchain PLC partnered with DMG Blockchain Solutions to be the first to launch a clean energy Bitcoin mining pool. This news is reassuring as other Bitcoin mining companies will surely follow their lead.

Alex de Vries, a Dutch economist, created the Bitcoin Energy Consumption Index to estimate the energy use of the Bitcoin network.

By late 2017, de Vries estimated the network used 30 terawatt-hours (TWh) a year which was equal to the whole of the Republic of Ireland.

Since the start of 2021, the price of Bitcoin rose rapidly. De Vries research suggests the 2017 figure could now be double or even three times as much energy between 78TWh and 101TWh.

If this growth continues, de Vries suggests that Bitcoin mining could have a carbon footprint the same as the metropolitan area of London, UK.

But is this the tip of the iceberg?

Energy consumption for chip production is potentially enormous and, if the price of Bitcoin continues to increase, demand will exceed current levels.

Recap Of How Much Power It Takes To Create A Bitcoin

It takes a lot of power to create a Bitcoin, even though it only takes 10 minutes to complete 1 Bitcoin. We know Bitcoin mining electricity consumption is high, and we've explored how bad is Bitcoin for the environment.

With increasing interest in Bitcoin, more Bitcoin miners are competing to solve the hash problem. But the more miners, the more challenging it becomes to solve the puzzle. Technology has to be ahead of the game, so software needs upgrading to cope with ever-increasing demands.

And all this comes at a cost, both in energy costs and the cost to the environment. The carbon footprint for Bitcoin is enormous, and many environmental experts are expressing concern.

But, already, Bitcoin companies are exploring greener, sustainable energy and the first company committed to green energy in March 2021. Other companies will follow.

Is Bitcoin Mining Worth the Environmental Cost? At this stage, it's a tricky question to answer because none of us knows the future.

We hope that Bitcoin mining becomes more viable for Bitcoin miners and the environment.

15 Reasons Why You Should Invest in Bitcoin Today

Should You Buy Bitcoin?

What Are The Best Alternatives to Bitcoin?