Is Bitcoin Still a Worthwhile Investment in 2018?

2017 was a landmark year for bitcoin, as we saw its price increase by over 1,000% at the start of the year, and reaching $19,000 by the end of the year. This eye-opening rise thrust what was once a fringe commodity into the mainstream, prompting people from every walk of life to get involved and benefit from some pretty huge returns.

Now we're seeing hedge funds and even first-time investors look to become part of the bitcoin opportunity. However, amid rumours that the bubble has burst and that the good times have come to an end, the question asked by Trading Education is, is bitcoin still a worthwhile investment in 2018?

Is the party over? Has the train left the station? What are your reasons for investing? 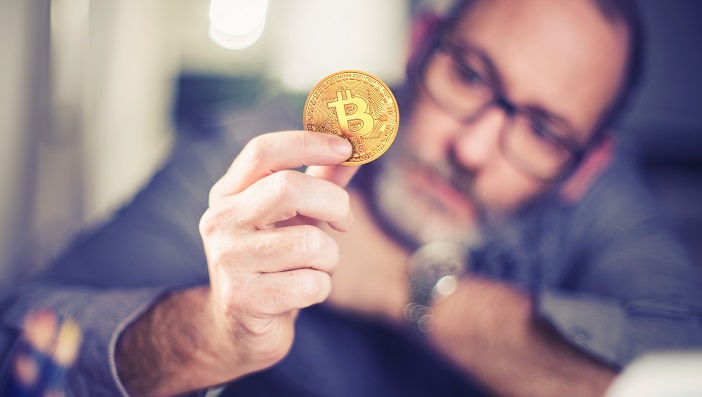 Generally, there are two types of people who invest in any form of cryptocurrency. The first are those who look at the rise of such currency as the future of money and the first step on the way to a decentralised financial system. The other type of people? Those who are simply in it to make themselves some money.

Not everyone who invests in bitcoin falls into one category or the other, but they do tend to lean one way or the other for the most part. If you belong in the former category then there's a good chance you're investing because you hope that one day you can use your bitcoin to make purchases in much the same way as you can use traditional currency today. You probably hope that it will appreciate its value as well, although if you're hoping that bitcoin can be used as an everyday currency it won't be able to fluctuate as much as it has over the past year or so.

The real question is if it's finally hit a plateau and will settle at or around the current price, or if you think it will rise further in the long-term? If you believe it's going to rise further then you should be making your investment in the knowledge that you will have to ride out a lot of fluctuation over the coming months and maybe even years.

For those who are simply in the game to make some money, the answer is a lot simpler.

Market fluctuation of that level is always going to provide opportunities to make some serious money, and all signs point to the volatile nature of bitcoin not coming to a close any time soon.

If the short-game is your aim, then there's an opportunity in bitcoin.

How do you get involved?

If you're new to the world of Cryptocurrency then research should be your first port of call. Investing your own money on the basis of an opinion that you've heard from someone else is never a good idea, especially in a market as new and volatile as Crypto.

Get yourself some solid information, check all the angles and make sure you're as informed as you can be before coming into the game. Entrepreneurs who are invested in bitcoin such as Renzo Costarella are valuable sources of information, and following them online will do your knowledge-base a lot of good.

Building a habit of researching and doing your due diligence before you get involved will stand you in good stead for decisions you make later on down the road. First up, look into the blockchain and learn how it's revolutionising the financial world.

Check out the likes of Ivan on Tech and be sure to check out some of his YouTube videos, as he is great at breaking down the core concepts as well as providing expert views on the recent news.

When the time comes that you feel ready to invest you should look at opening an account with someone like Coinbase. Boasting a clean user interface and being well-known as a great platform for new investors, you can sign up here and get $10 free credit!

Once you're up and running with Coinbase, you should look to make your trades using Coinbase's exchange, which is called GDAX. GDAX provides users with access to graphs and real-time data along with lower fees.

Also, check out the various YouTube videos that will show you step-by-step walkthroughs on how to get the most from the various exchanges, which can look rather daunting at first glance but are easy to master when you get the hang of them.

People also read: Can You Get Rich by Following this Investment Advice?

Be sure to secure your coins

Finally, you'll need to secure your bitcoins. You have the option of keeping them stored on Coinbase, but a better option would be to move them offline or even onto a cold storage wallet.

Two of the more popular options include Nano Ledger S, and the Trezor. Both allow you to keep bitcoins offline and in a secure location. There have been instances where exchanges were hacked, and those who held their coins with those exchanges lost everything, so although moving them can be a bit more time consuming, it's better to err on the side of caution.

As with any investment, there is a chance that you could lose everything. This is a risk that comes with an investment of any kind, be it cryptocurrency or more traditional avenues. You need to stay up to date on trends, and researching continuously.

Bitcoin can still be a worthwhile investment in 2018, regardless of you going short or long.