Following a drop from $192.50 to $160 between June 4 and June 8. Since then, LTC has been hovering horizontally till June 17 around $170. However, since then, the sellers have taken full control of the market and crashed the price down.

Litecoin price had five bearish sessions out of the last 6 during which it dropped from $180 to $150 – losing almost $30 in its total valuation and flipping the 20-day SMA. The Bollinger Band has started expanding a little bit which shows us that the volatility is increasing. The relative strength index (RSI) indicates that LTC will drop some more.

Looking at Into The Block’s IOMAP, the Litecoin price is dropping towards the $140 support wall. Previously, at this level, 30,300 addresses had purchased almost 965,000 LTC tokens. 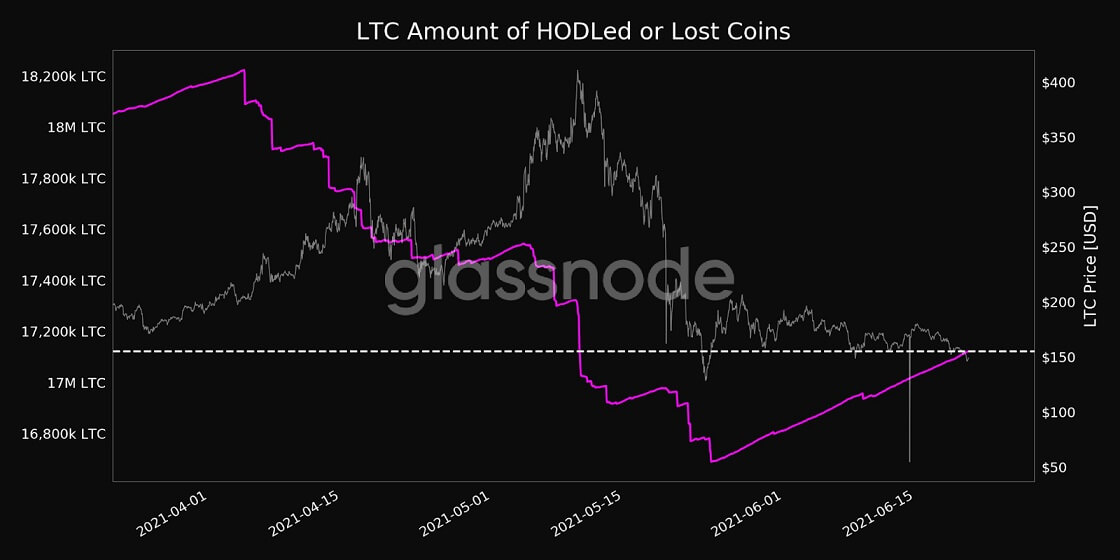 The Litecoin price will likely drop towards the $140 support wall. A further break will take LTC to the $130 psychological level.