While the buyers attempted a valiant fightback this Monday, the sellers took back control this Tuesday, and dropped LTC to $170. In the process, the 200-day SMA has reversed from support to resistance. The MACD shows sustained bearish market momentum, so a further drop could be in the cards.

Since the overall market sentiment in the Litecoin price daily chart is negative, let's look at the support walls on the downside. The strongest support wall is at $165. Previously, at this level, around 77,000 addresses had purchased 2.11 million LTC tokens. 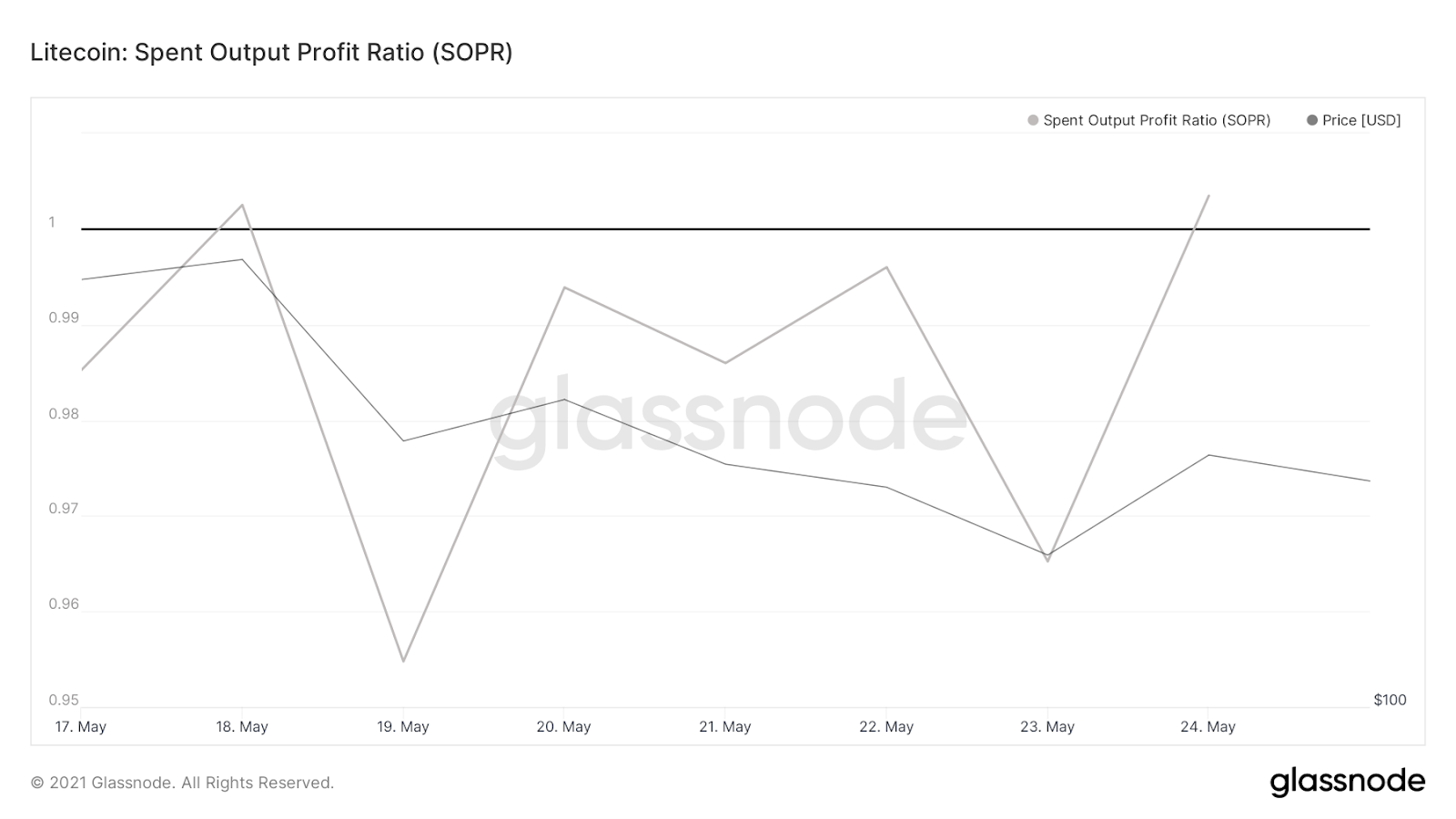 SOPR is a helpful metric that helps us check if the holders are in profit or not. The Spent Output Profit Ratio (SOPR) is computed by dividing the realized value (in USD) divided by the value at creation (USD) of a spent output. Or simply: price sold / price paid. As you can see, the SOPR has crossed 1, which is a positive sign.

The Litecoin price is dropping towards the $165 support wall. If this level doesn’t hold firm, LTC will crash to the $150 support line.