Litecoin Price Analysis: LTC Drops Back Below The 20-day SMA

The Litecoin price climbed from $120 to $145 between June 23 and June 30 and gained a formidable support level at $135. The 20-day SMA has managed to provide continuous resistance to LTC.

The Litecoin price has been hovering horizontally around $140 since July 1. Over the last two days, LTC managed to break above the 20-day SMA after multiple rejections. However, the sellers have since flipped back 20-day SMA to resistance. Despite this, the MACD indicates sustained bullish momentum, while the Bollinger Bands show decreasing volatility. 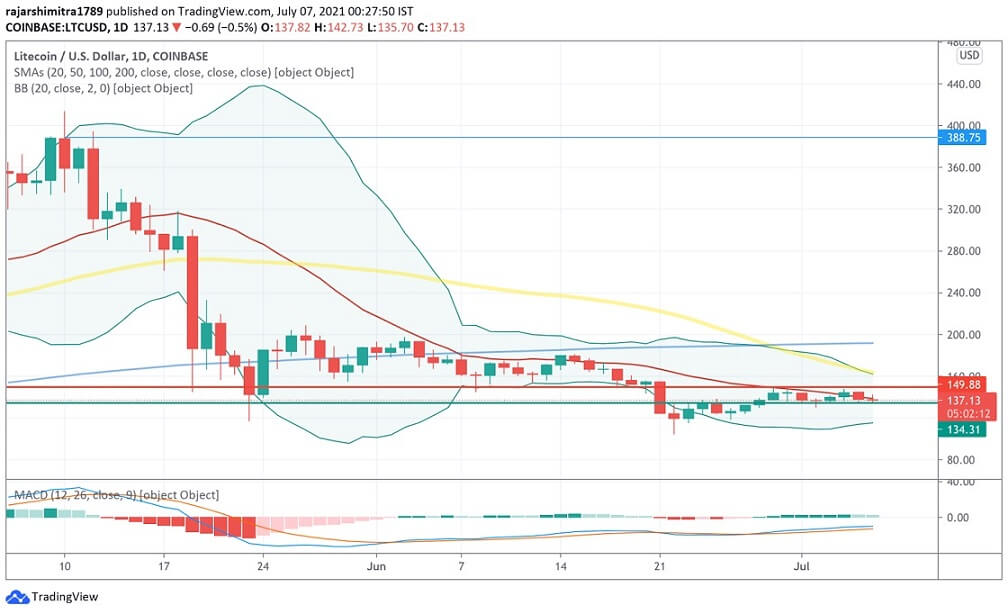 Looking at Into The Block’s IOMAP, the Litecoin price faces immediate resistance at the 20-day SMA ($140). As per the IOMAP, nearly 185,000 addresses had purchased almost 3 million LTC tokens here.

The task remains the same for the buyers. Gain enough momentum to somehow take down the 20-day SMA. Failure to do so will see LTC drop to the $135 support.