After facing repeated rejections at the 20-day SMA, the Litecoin price has crashed down this Thursday, falling from $150 to $130. Following two straight bearish days, the buyers are attempting a comeback this Friday.

Litecoin price tested the 50-day SMA this Friday before it managed to recover and flip back the $130 from resistance to support. It seems like quite a lot of people have chosen to buy into the digital silver at around this level.

The relative strength index (RSI) is trending around 46 in the neutral zone as it shows that either the bulls or the bears can still take control of Litecoin price. If the buyers do take control, they will face a robust resistance level at $150, wherein 87,000 addresses had previously purchased 4.72 million LTC tokens.

The 4-hour Litecoin price chart, though, shows us that it is pretty likely that the sellers will take back control.  Firstly, the MACD shows sustained bearish market momentum. Secondly, the 50-bar SMA is on the verge of crossing over the 20-bar SMA to form a bearish cross pattern. Both these indicators tell us that the litecoin price is likely going to drop more. 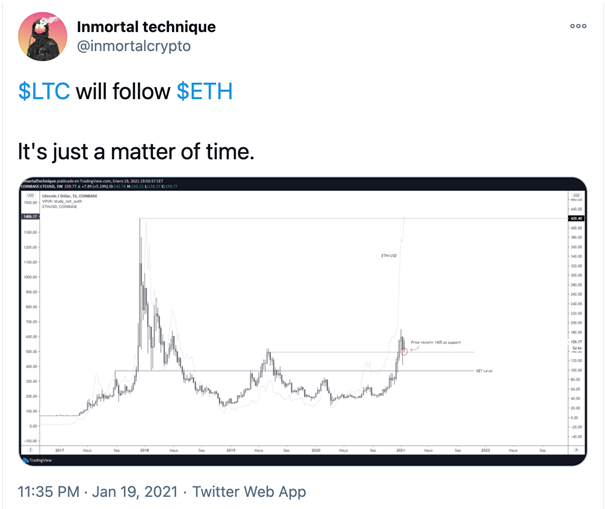