Litecoin Price Analysis: LTC Falls By An Incredible 18% During The Current Session

The Litecoin price pushed beyond $232 on 5th September, after its price rose by almost 10%. However, Litecoin could not sustain the momentum and opened the week in the red, failing to push past $240. The price fell by almost 6% to settle at $219. The current session saw LTC fall off a cliff, with the price having already fallen by nearly 18%. LTC fell back below 200, the 200-day SMA, and the 20-day SMA, all in one day. Currently, the price is around $181, and we could see LTC fall all the way down to $167 if the current trend continues, with the possibility that it could fall even further. 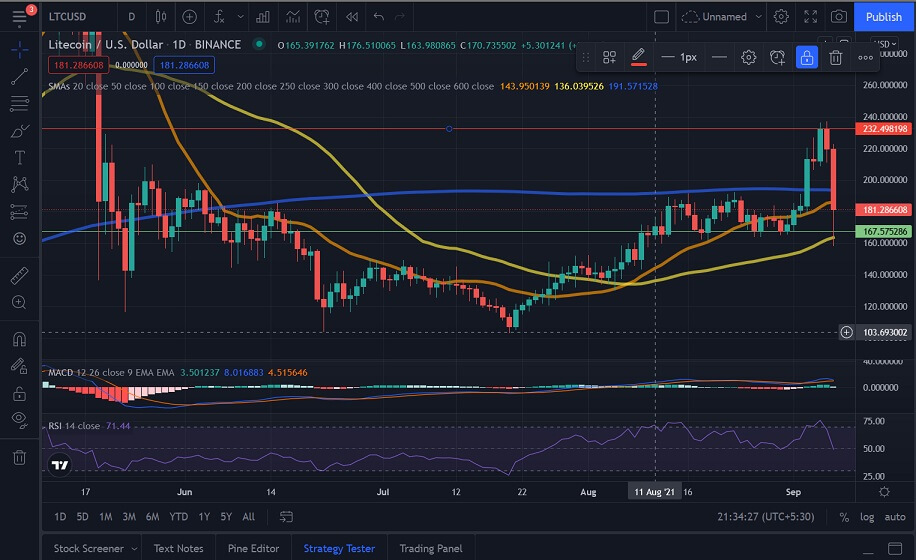 Looking at IntoTheBlock’s IOMAP for Litecoin, we can see that there is strong resistance at around $197. At this level, over 84,000 addresses have bought nearly 4 Million LTC. There is also support at about $174, which means we could see the support at $167 come into play if the price reaches close to that level.

Looking at the 4-hour price chart, we can see that LTC broke over both the 20-bar SMA and the 50-bar SMA at the start of the month. With the 20-bar SMA now acting as support, LTC pushed to $232 before resistance pushed it back. Bears took control of the subsequent sessions and saw LTC fall below the 20-bar SMA and the 50-bar SMA. The price dropped down to $180, where the 200-bar SMA stabilized the price. The current session has seen LTC rise marginally to $184. With the MACD indicating an incredibly bearish sentiment prevailing in the market, it remains to be seen how far LTC could drop. 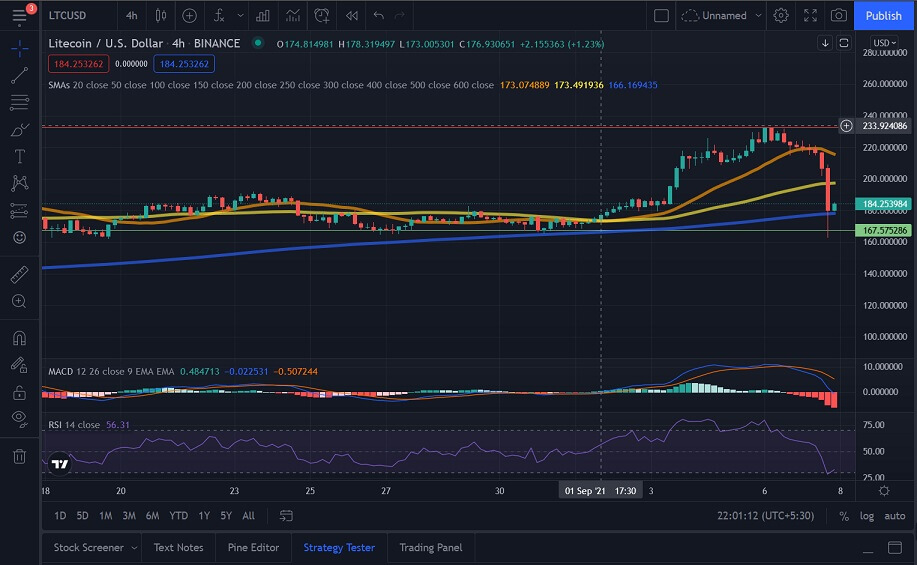 The Litecoin price is currently in freefall, with the price having fallen by over 18% since the start of the day. While LTC has somewhat recovered, it is still below the 20-day SMA and the 200-day SMA. If LTC continues to fall, we could see the price fall to the support level of $167.