On April 26, the Litecoin price flashed the buy signal in the form of the red-nine candlestick and then jumped from $225 to $360, gaining more than $135 in its overall valuation. During this upward surge, LTC managed to flip the 20-day SMA from resistance to support.

The Litecoin price jumped past the $350 line and crossed multiple levels. The relative strength index (RSI) has entered the overbought zone, so a bearish correction could be in the cards. The TD sequential detector has also flashed a sell signal in the form of a green-nine candlestick, so a further drop could be expected.

Looking at the IOMAP, the $345 resistance barrier is pretty solid. Around 237 addresses had purchased a little more than 86,000 LTC tokens here.

Litecoin Hashrate On The Rise 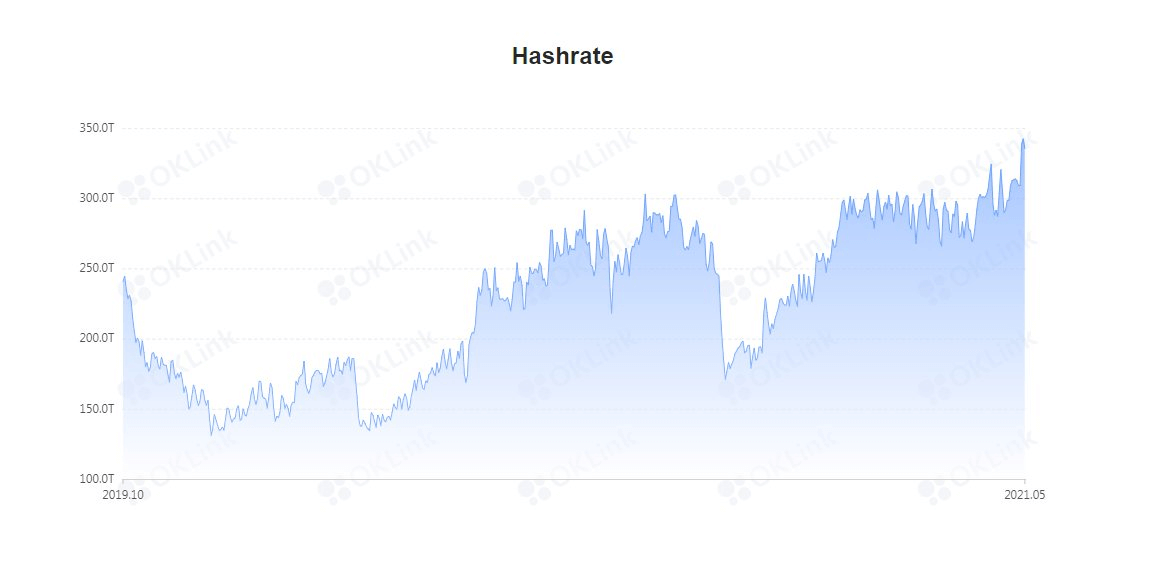 “The data shows that the hashrate of Litecoin (Dogecoin) continues to rise, and the average computing power in the past seven days has reached 350.71TH/s, a new high since August 2019. The income of Dogecoin mined by these hashrate is 5x higher than Litecoin.”

Scott Melker or "The Wolf Of All Streets" tweeted that Litecoin price is currently under discovery mode:

"This is what the monthly Litecoin chart looks like, and it hasn't even broken it's previous all time high yet and entered price discovery like $BTC and $ETH."

Having crossed the $350 level, the Litecoin price could take down $375 before it faces bearish correction.